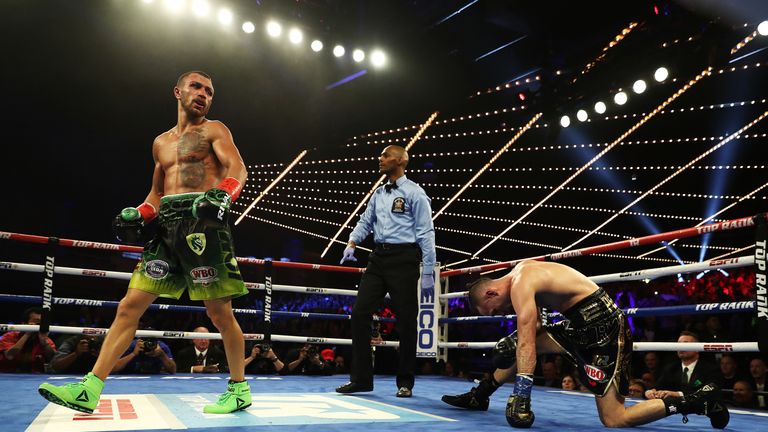 The Ukrainian star, one of the sport's pound-for-pound best, will put his WBA and WBO lightweight titles on the line against Crolla at the Staples Center on April 12.

Lomachenko has claimed world titles in three weight divisions, defeating Jose Pedraza on a unanimous decision to add the WBO belt to his WBA strap in December.

Crolla previously held the WBA belt and became the WBA's mandatory challenger for Lomachenko after his points victory over Daud Yordan in November.

The 32-year-old Mancunian insists Lomachenko is not "unbeatable" when asked about a potential meeting with the two-time Olympic gold medallist.

"I believe that I can win a world title again, and these are the kind of fights that I'm in it for," Crolla told Sky Sports. "This is the biggest fight that can be made out there for me.

No man is unbeatable.

"I've earned it, it's not like I've been given this shot. Since losing my title to Jorge Linares, I've come back and had three solid wins. I've not won the lottery or not won a raffle to fight Vasyl Lomachenko, so I'm looking forward to it and I'm loving training as I'm get older.

"No man is unbeatable. It's been proven with Lomachenko. He lost early on in his career."