Hearn hints fighters could meet in November or December 2019 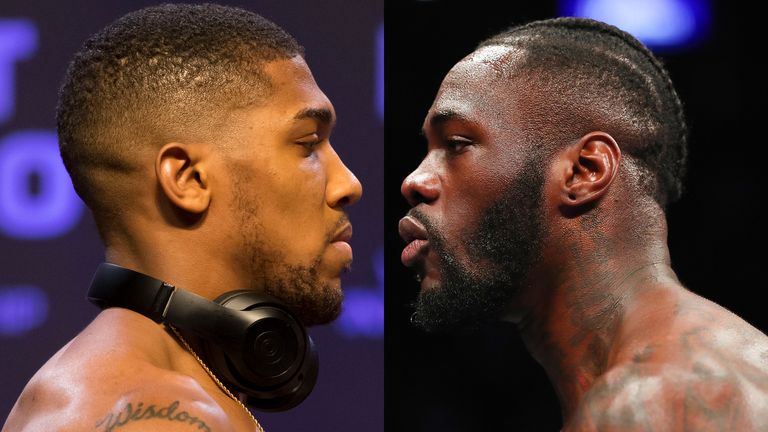 Eddie Hearn says a fight between Anthony Joshua and Deontay Wilder could happen in November or December, but there are still several hurdles to clear

Anthony Joshua and Deontay Wilder's potential mouthwatering unification fight has edged closer, with "a clear desire from both sides to make the fight", according to promoter Eddie Hearn.

Meanwhile Wilder recently failed to agree terms over a rematch with Tyson Fury and has since been ordered to defend his WBC title against Dominic Breazeale.

Hearn told Sky Sports last month he hopes both men can meet after their respective fights and has now indicated Joshua is closing in on his shot at becoming the undisputed heavyweight champion of the world.

"It's very encouraging," Hearn said. "I'm not going to say too much on it, because I don't want to jinx anything. But I think there's an opportunity there for someone to be a mediator to get the fight done.

"Clearly, the relationship between Team Wilder and Team Joshua is not the best. I think this is a route that is going to be very beneficial to the making of that undisputed fight.

"They've got their work cut out, but the pieces are coming together. There's a long way to go but we'll see where it goes.

"Now I think there's a strategy in place that could lead us to this fight. There's a clear desire from both sides to make the fight (happen)."

Now I think there's a strategy in place that could lead us to this fight. There's a clear desire from both sides to make the fight (happen).

Hearn hinted that the potential bout between Joshua and Wilder could take place in November or December this year, after their fights with Miller and Brezeale respectively, if both men are victorious.

"It's the biggest fight in world boxing by a long, long way," Hearn added. "AJ has business to take care of first against Miller. Part of my job is to make sure he stays focused on that task.

"It's all well and good making an undisputed fight but if you lose to Miller, it's all up in the air.

"Wilder's going to fight Breazeale, that's his mandatory. Joshua fights Miller. If an undisputed fight gets made it will be November or December 2019. But still a couple of hurdles"