Joshua vs Ruiz Jr: Anthony Joshua becomes latest British star who will try to make their name in New York

Anthony Joshua becomes the latest British boxing star to arrive in America for a crucial night in New York.

The unified world heavyweight champion makes his US debut with a title defence against Andy Ruiz Jr at Madison Square Garden this Saturday night, live on Sky Sports Box Office.

Joshua follows in the footsteps of Brit champions who took momentous fights at the famous Manhattan venue... 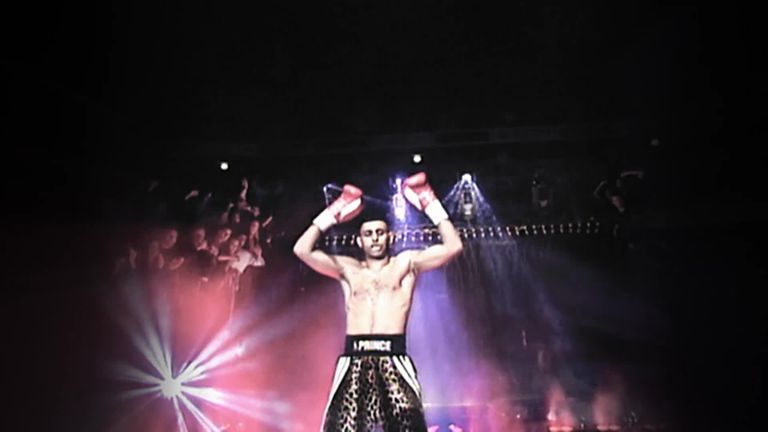 If Anthony Joshua wants to make an impression in New York this weekend then aiming to emulate Naseem Hamed's American debut, also in 'The Big Apple' could be one way to go. Hamed arrived in America as WBO featherweight champion in 1997 and awaiting him was Queens veteran, Kevin Kelley. The Flushing fighter was specifically targeted to highlight Hamed's phenomenal power, and although the entertainment was scorching, it wasn't what we quite expected.

Despite Kelley's advanced age, his experience and power were very much in play and his ability to hurt Hamed on multiple occasions almost turned the Sheffield's man's American dream into a nightmare. After hitting the deck three times, Hamed rallied brilliantly to register a memorable fourth-round stoppage and force his way onto the radar of Stateside fight fans inside a congested Madison Square Garden.

Lennox Lewis' first fight after unifying the world titles the previous bout was identified as a tough defence against unbeaten puncher, Michael Grant. The tall Chicagoan, a decorated sports star in college, had arrived in boxing late, but under the tutelage of Eddie Futch, and then Don Turner, Grant had got himself into lofty positions with all the governing bodies and that meant a showdown with Lewis at Madison Square Garden.

Conceding a wealth of experience, Grant targeted Lewis aggressively from the outset but those tactics were rendered useless as the wild approach played into the Brit's hands. Remaining calm, Lewis was able to hit Grant frequently and dropped him three times in the opening session. Miraculously, Grant somehow survived the onslaught but the ending was imminent as Lewis carried on the beating eventually forcing the stoppage in round two.

This was a bout that occurred 10 years after it was originally teased, but Joe Calzaghe's 175lb clash with Roy Jones Jr came at a time when both fighters had seen better days. The Welshman, although still racking up wins, was being hit more frequently, and Jones Jr, one of boxing's finest ever fighters, had been fragile since enduring a disastrous 2004 when he was knocked out by both Antonio Tarver and Glen Johnson. 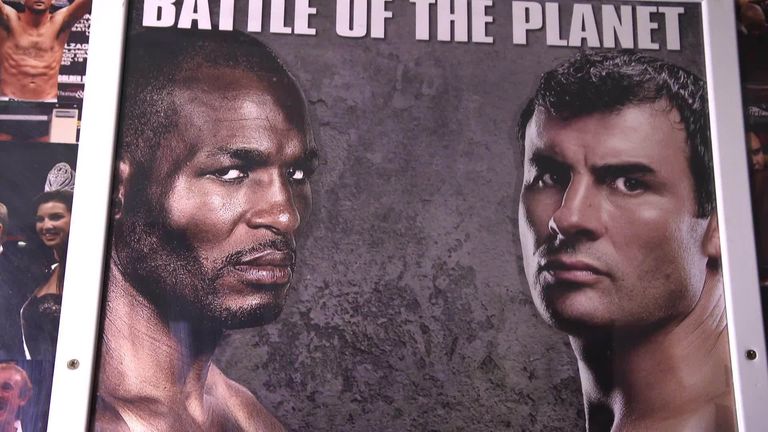 Joe Calzaghe looks back on his fights in America...

Madison Square Garden was the venue chosen to stage the fight and it looked like a dramatic night was about to ensue when Jones Jr dropped Calzaghe in the opening session. This was as good as it got for the talented Floridian as Calzaghe took over from round two and never once surrendered his dominance as he took a landslide decision on all three judges' scorecards.

Amir Khan vs Paulie Malignaggi, May 2010

After losing his undefeated record to Breidis Prescott two years earlier, Amir Khan's rebuilding work had been masterful as he captured a world title just three fights later. Following his first defence against Dmitriy Salita, Khan decided it was time to head to America and New York was the city he chose as he faced local favourite, Paulie Malignaggi, inside the basement of Madison Square Garden.

Arguably the performance of Khan's career, the Bolton man didn't put a foot wrong as his speed and jab deterred Malignaggi throughout. Heading for a complete shutout on the cards, Khan upped his aggression in the penultimate round and that was enough for referee Steve Smoger to halt proceedings. Khan's American debut had been a monumental success.

One of the fights of 2017 and a battle that was intended to give us a ruler at 168lbs as James DeGale and Badou Jack put their world titles on the line in a thrilling unification clash. Both men arrived at Brooklyn's Barclays Center in confident mood after enjoying quality runs as champion and what unfolded bordered on brutal as both men were relentless from the opening bell.

DeGale started brighter as he dropped 'The Ripper' in the first round, but any suggestion that this was going to be an early night for the Londoner were quickly forgotten as Jack clawed his way back into the fight. With DeGale seemingly ahead going into the last, Jack went all out and his industry was rewarded as he floored DeGale in the final session. Jack tried to take the matter out of the judges' hands, but DeGale hung on to hear the bell and a draw was announced as the official verdict.