Duane Sinclair can stake his claim for a light-heavyweight title fight on the JD NXTGEN bill after becoming the latest fighter to sign with Dillian Whyte.

The south Londoner aims to extend his unbeaten record to 11 victories when he faces Anthony Fox on Friday's undercard on a Sky Sports live stream before the main bill begins from 7pm at York Hall in Bethnal Green, live on Sky Sports.

At the age of 36, Sinclair had considered leaving the professional ranks due to a lack of opportunities but revealed how Whyte agreed to guide his career.

He told Sky Sports: "When I was talking to Dillian, I was basically saying I was looking to quit and he was like 'Are you crazy? You've still got life left in this boxing. Let's see how I can help you.'

"It ended up being through that conversation.

"He's paved the way on how to do it right and what to avoid.

"The possibilities are more within touching distance, where before it was grinding, grinding and hoping. Now you can sort of see it happen."

Sinclair has sparred countless rounds with Joshua Buatsi, the current British champion, and is eager to test himself in a thriving domestic division, which also includes Anthony Yarde, Callum Johnson and Craig Richards. 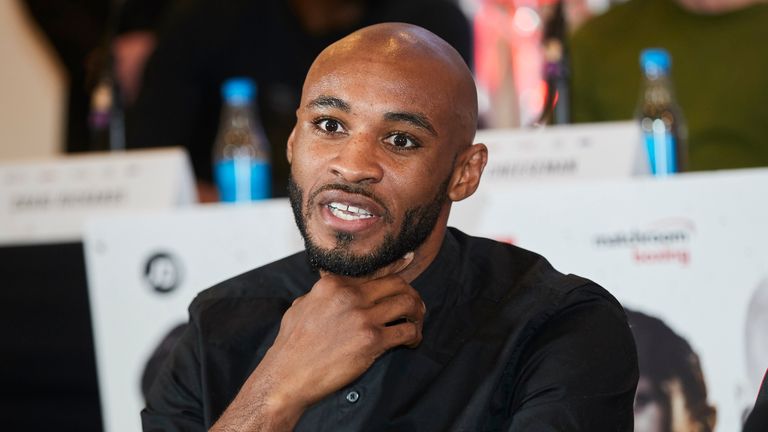 I want some sort of title, because I think being 10-0, it's time to push on and prove that it's not a padded record.

"It is refreshing, because the top 15 to even the top 20, it's really who performs well on that day," Sinclair said. "Anybody could be the No 1.

"It mirrors when we were in the ABAs. All the guys know each other, so it's exciting, definitely.

"By the end of the year, I want some sort of title, because I think being 10-0, it's time to push on and prove that it's not a padded record."

Watch Duane Sinclair against Anthony Fox on a live stream on Sky Sports Boxing YouTube and Facebook from 6pm.