Lomachenko vs Campbell: Is Vasiliy Lomachenko the greatest since Muhammad Ali? He has aura of a genius...

"I never thought I'd see anything like [Ali] until Lomachenko" 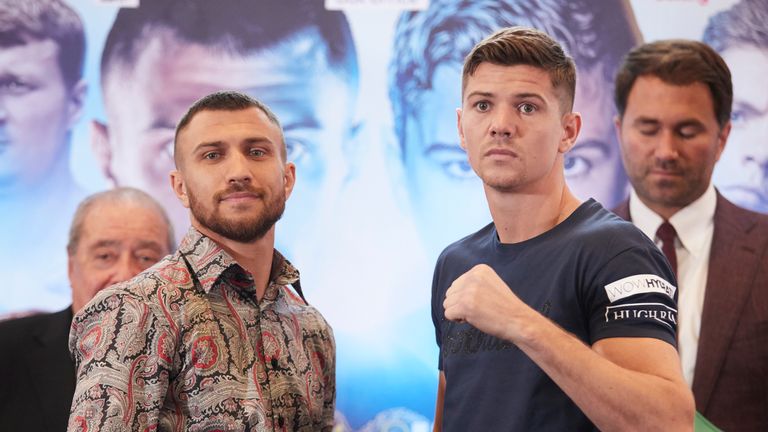 Bob Arum knows a superstar when he stumbles across one – 53 years ago he led Muhammad Ali to a fight in London and now he returns with Vasiliy Lomachenko, who he insists is the greatest boxer since.

Hyperbole? Don't argue too strongly against it.

The genius Ukrainian Lomachenko who faces Luke Campbell in a world lightweight title fight on Saturday, live on Sky Sports Box Office, is the best amateur ever with a 397-1 record - the one defeat was avenged twice. As a professional, he won a world title faster than anybody else ever, then repeated that feat when winning belts in a second and third division.

This week in London the Lomachenko aura has been felt. It is a monster of its own, a reputation well earned. It became clear at an electric appearance at the iconic York Hall in the east end that Lomachenko will join the pantheon of overseas boxing legends to have swung punches in a British ring.

Mike Tyson was once stuck inside Brixton town hall and required a police escort to leave due to the adoring fans desperate to see and hear him. Lomachenko is not a loudmouth American heavyweight and hasn't needed to be saved by the constabulary but his quiet, brooding presence has already made its mark in the capital this week. 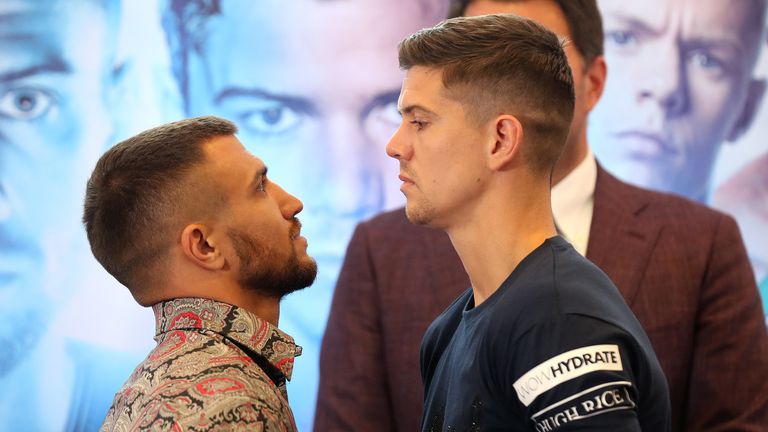 The strength behind his claim to be the world's greatest boxer was lent weight on Thursday by the arrival of his promoter Arum, 87-years-young, the man who once notoriously told ringside reporters: "Yesterday I was lying. Today I'm telling the truth".

He has seen everything and maintains that Lomachenko belongs at the pinnacle.

"Technically he is the best since the young Muhammad Ali, not the Ali who returned after three years of inactivity," Arum told Sky Sports News. "That Ali, technically, was incredible and I never thought I'd see anything like that until Lomachenko. Floyd Mayweather was a defensive fighter who threw enough punches to win rounds but Lomachenko is different - he is always looking to unlock the box, to find a way to destroy or make [an opponent] quit."

A Harvard graduate who worked in the JFK administration during the Swinging Sixties, Arum turned his hand to boxing and the second fight that he ever promoted was Ali's rematch with Henry Cooper at Highbury. He returned a few months later, the other side of England's 1966 World Cup win, and promoted Ali's win over Brian London at Earl's Court.

He has worked with Roberto Duran and Sugar Ray Leonard, then Mayweather and Manny Pacquiao, and now Terence Crawford.

Arum could tell a million stories and Eddie Hearn, Campbell's promoter, saw him in person as a teenager in China. 'High Noon in Hong Kong' involving Frank Bruno and Steve Collins, and promoted by Arum, and Eddie's father Barry Hearn, was cancelled at the 11th hour. Twenty-five years later Arum and the Hearns put their fighters in the ring together again.

Egis Klimas, Lomachenko's manager, told Sky Sports the story of how they joined forces with Arum and left the experienced promoter's jaw on the floor.

"We spoke to Bob who said: 'you probably want a million dollars?'

"Loma said: 'I'm not interested in money. I want a belt. I want to fight for the world championship in my first bout'.

Lomachenko has a message for his British fans.... 😂😴 pic.twitter.com/EaMmb9DiFY

Lomachenko swanned into Thursday's press conference wearing a patterned shirt, a daring choice for a world champion boxer. It concealed a tattoo on his midriff of his father's face - Anatoly Lomachenko is the mad scientist who knew this day would come before his son's birth, and has acted as his only trainer ever since.

Several major foreign superstars have fought in the UK in recent years - Gennadiy Golovkin, Oleksandr Usyk, Crawford, Naoya Inoue. None have caused the murmurs and the sheer fascination that comes with Lomachenko whose style is a cut above the rest.

"His IQ? He can do whatever he wants in that ring, and he has fun doing it," one of his beaten opponents, Jason Sosa, told Sky Sports.

There is eccentricity but also grit.

A member of Lomachenko's entourage has stood silently and discreetly in the corner this week, observing Campbell. It is threatening and a bit odd. The Klitschkos, Lomachenko's countrymen, did similar.

👀 THE INTIMIDATORS 😰@VasylLomachenko’s intimidators were out in force again at today's press conference. This time there were 2 of them on shift.

Will the Loma mind games get to Luke? 🤯 pic.twitter.com/NUwl0p1d9x

When Lomachenko and Campbell posed for photographs he would not let the Brit hold the WBC belt (which is vacant but up for grabs) without also touching it himself.

"You are not going to out-box him," warned the only man to defeat Lomachenko, Orlando Salido.

"It's all about roughing him up and making him feel uncomfortable in the ring."

Campbell is two inches taller with five extra inches of reach and, unlike his visitor, is a natural lightweight. Note that, at London 2012 when they both won gold, Campbell did so in a division lower.

"To be the best, you have to beat the best," Campbell said - he is perhaps unfortunate that, to become a world champion for the first time, he must cross paths with a generational talent. Lomachenko has lost before, Campbell genuinely believes he can hit him harder than he's been hit before. That is what makes Saturday's fight so compelling.