Whyte has agreed to guide the undefeated contender's career

The unbeaten south Londoner is the latest fighter to link up with Whyte, joining the likes of Richard Riakporhe and Fabio Wardley in the heavyweight's management stable, and is set to return next month.

Kongo wants to quicken the pace of his career after collecting 11 victories and hopes to put himself on a collision course with Benn, who has been linked with a British title fight against Johnny Garton.

"A lot of welterweights on the small hall scene have been calling him, because he had a bad performance against Cedrick Peynaud, but I believe 80 per cent of those guys would be knocked out by Conor Benn," Kongo told Sky Sports.

"But when he's coming up to face guys like me, it's a different calibre. I'm a lot bigger, a lot taller than him. I do have the attributes to beat him."

"With me and Conor Benn, I just think my experience I have in the amateurs and as a pro, it would be easy for me. It would be a dominant performance."

The Sunderland man will take a sizeable step up in class when he challenges David Avanesyan for the European title at The O2 on March 28, live on Sky Sports.

"My main fight would definitely be with Josh Kelly," said the 27-year-old Kongo. "Reason being, obviously he's previously beaten me in the amateurs. I will get my revenge when the time is right.

"David Avanesyan has currently got the European title and I believe it will be a great fight. It's going to be hard, he's going to have to dig deep, and fight in the trenches when it gets tough in there, but I'm sure he'll be able to do it, Josh Kelly.

"I watched his [Kelly's] fight with Wiston Campos and I was pretty shocked how Wiston Campos was hitting him with a few shots. If that was me, he would definitely be on the floor, 100 per cent."

Whyte is confident he can quickly guide Kongo towards his rival contenders in an exciting domestic division.

"He's a bright prospect, obviously very skilful, and he's got a lot of heart," Whyte told Sky Sports. "I've seen him around the gym for years and he spars everyone. 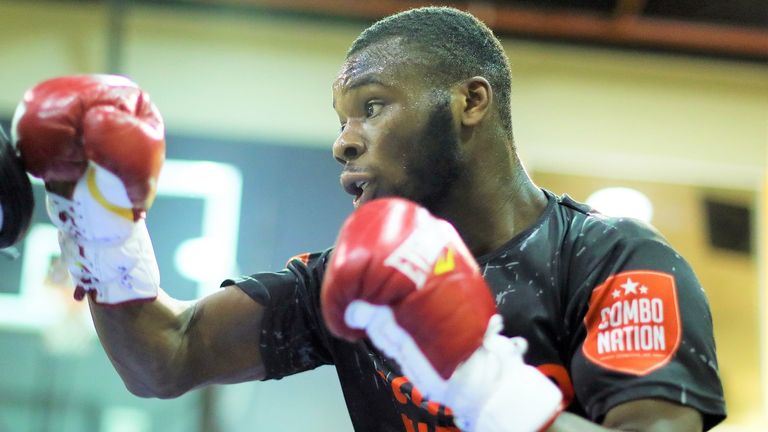 He wants to get straight in and I respect that mindset. Why else would I have signed him.

"He wants big fights. He wants to fight Josh Kelly, Conor Benn. He's not messing about, he's not waiting around, he doesn't want any easy fights.

"He wants to get straight in and I respect that mindset. Why else would I have signed him."

Watch Josh Kelly against David Avanesyan at The O2 on March 28, live on Sky Sports.