Kate Cross has played just three games for England this summer; "It's always frustrating when you're in a squad and not playing"; England play three ODI games against India; watch the opener live on Sky Sports Cricket from 10.30am on Sunday

England bowler Kate Cross says she is "chomping at the bit" for a recall ahead of the ODI series opener against India, live on Sky Sports on Sunday.

The form of the likes of seam bowlers Issy Wong and Lauren Bell has meant 30-year-old Cross has only played three international matches this summer, and she sat out the recent T20 series against the tourists, which England won 2-1.

"You just want to play as much cricket as you can and obviously I feel as if I've been a bit light on cricket this summer," she said.

"I think I've played three games for England this summer, which compared to last year, feels like not a lot of cricket.

"So I'm just chomping at the bit to get going really.

"You do all the training so you can go out there and enjoy those moments as a team. And I've had one of the best seats in the house to watch that T20 series, seeing the youngsters going out and doing their thing. 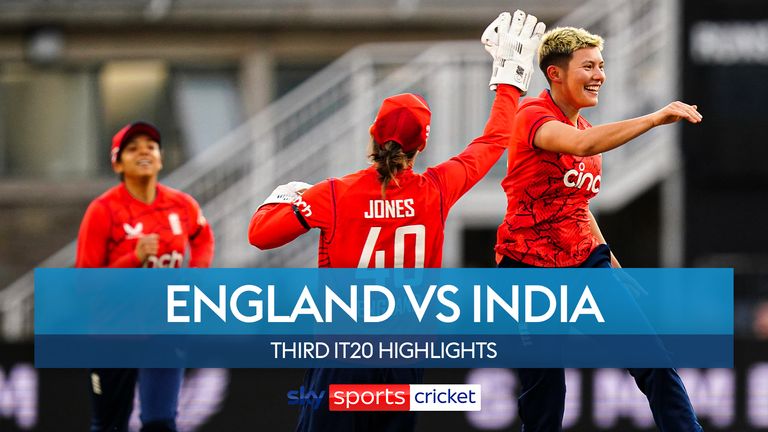 "I can't wait to get out there, and hopefully we put on a great show and play some really good cricket. Just looking forward to getting going.

"It's always frustrating when you're in a squad and not playing. You train to play, you don't train to be sat on the sidelines.

"But from my point of view, there's a bit of experience I can bring to the group, even when I'm not playing and that's been something I've tried to do.

"As a senior bowler, it's nice to have a bit more responsibility and youngsters listening to what you're saying. So hopefully I've been able to help even if it's not been on the pitch.

"It's really exciting we've got competition for places now."

Cross saw enough from India in the T20 games to expect a tough challenge in the longer format over the three-match series.

"We've learnt that India are a very good side," she said. "When we've played good cricket, we've dominated them, and moving into the ODIs that's what you'd look to do in the change of format over a longer period of time.

"We know that it will be a tough series, especially on the back end of a summer where pitches have been used.

"And we've had a lot of cricket under our belts this summer, so we know we're going to have to work hard this last week."

Alice Capsey and Freya Kemp have been rewarded for their fine T20 form with first call-ups to the ODI squad, and Cross says the two teenagers have been superb for the group.

"They've been so impressive. Obviously we've seen them in the T20 shirts, but they've absolutely warranted those call-ups. They've had no fear when they come out and play for England. 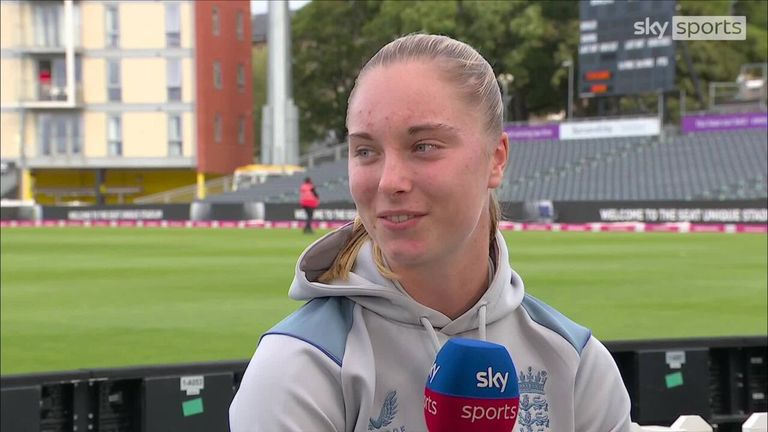 "They've come in and done exactly that, and been great to have around. A breath of fresh air to the squad."