Watch Vitality Blast Finals Day from 10.30am on Saturday on Sky Sports Cricket

Surrey, Gloucestershire, Nottinghamshire and Lancashire are looking beat the weather and each other to become Vitality Blast champions for 2020.

The four counties reached Saturday's Finals Day at Edgbaston by virtue of quarter-final victories over Kent, Northamptonshire, Leicestershire and Sussex respectively on Thursday.

A dreadful forecast for the weekend in Birmingham means Finals Day could stretch into a reserve day for the first time in Vitality Blast history.

With Sunday's outlook also for rain, the winners of matches could be decided by bowl-outs.

Surrey are the form side heading to Edgbaston, having won eight T20 matches in a row to secure a first appearance at Finals Day since 2014.

Spin-bowling all-rounder Will Jacks has starred for the Londoners, scoring three fifties and 290 runs as well as bagging 10 wickets, with four of his scalps coming in Thursday's 56-run success over Kent as he shredded each of Kent's top-four batsmen, including Zak Crawley. 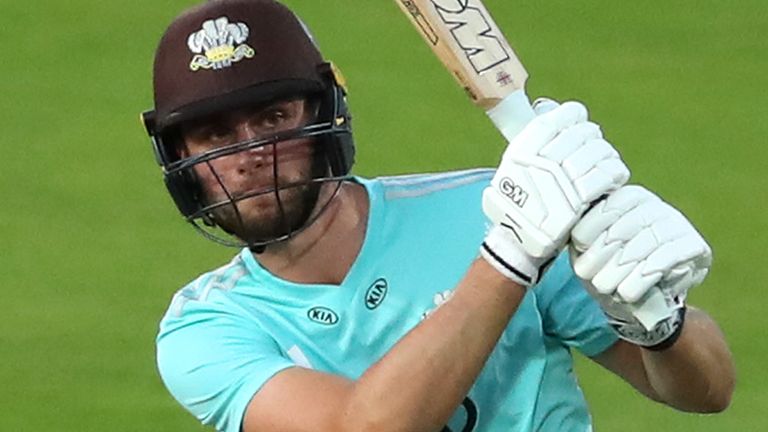 "It would be brilliant for the club and really exciting if we could win it again," Jacks told the county's official website. "It's like when we won the County Championship in 2018 - that was the first time for 16 years.

"For a club like Surrey, it's probably fair to say we underperformed for those years that followed the Adam Hollioake era in the late 1990s and early 2000s."

Howell: It's the stuff dreams are made of

Standing in Surrey's way in the semis are Gloucestershire, whose thumping seven-wicket success over Northants means they have won eight of their last nine matches and qualified for Finals Day for the first time since 2007.

The hard-hitting Ian Cockbain has been in supreme form for Gloucestershire, creaming 399 runs at a strike-rate over 170, including a competition-high 22 sixes.

Seven of Cockbain's maximums came in a 35-ball 84 not out at Edgbaston against Birmingham Bears last month, while his 20-ball 30 on Thursday saw Gloucestershire ease to their target of 114 against Northants.

Benny Howell (3-16) earlier helped skittle Northants for 113 and says going to Finals Day with Gloucestershire is "the stuff dreams are made of".

Howell said: "The team were determined that the club should reach Finals Day for the first time in 13 years. We are over the moon to be involved, it's the stuff dreams are made of, but we are going there to win.

"We will aim to play with freedom, as we have done since the start of the competition and see where it takes us. We fear no one because we are playing some fantastic T20 cricket."

Patel: I play to win games

Nottinghamshire squeezed past Leicestershire in dramatic fashion to keep their hopes of a second Blast crown alive, the Midlanders having won the competition in 2017.

A final-ball misfield from Leicestershire's Dieter Klein allowed Notts to take two, match the Foxes' total of 139-7 and progress by dint of having hit a higher powerplay score than their opponents.

Samit Patel, who struck an unbeaten 28 from 16 balls, said: "I had not really batted in the tournament so to win a game for my county is massive for me - it's something I really pride myself on. I play cricket to win games.

"Getting to Finals Day is very special. It's a great day for myself, the club and our boys. Getting [over the line] in a scrappy game gives the team a lot of confidence. Most of the guys have had a bat. We are pretty confident."

Lancashire, Nottinghamshire's semi-final opponents, looked in danger of being eliminated after stumbling to 140-8 from 20 overs against Sussex.

However, they then razed Sussex for 95 as Liam Livingstone took four wickets and fellow spinner Matt Parkinson bagged three in four deliveries.

Parkinson said: "I think we are at our best in these situations when we have to fight. Over the years, when we have looked down and out, that's probably when we play our best."