Rory Burns scored just four runs from three deliveries before being dismissed again by Mitchell Starc in the third over; England trail by 456 runs in the second Ashes Test after reaching stumps on day two at 17-2.

Rory Burns has been advised to think about making changes to his unorthodox technique by former England captain Sir Alastair Cook after another chastening outing for the Surrey opener in the Ashes.

England face an uphill battle in the second Test in Adelaide after closing on 17-2 in response to Australia's 473-9 declared, Burns the first to go after edging Mitchell Starc into the slip cordon in the third over.

His idiosyncratic batting style has come under the microscope after a mixed bag this year, with one ton and three fifties but also six ducks in 10 Tests, and Cook believes Burns needs to do something to become more reliable.

"You're always told in international cricket 'do what you do in county cricket, you don't change how you play, you'd be mad to change it straightaway'," said Cook on BT Sport.

"It's probably getting to a stage now where he'll have to sit down and go 'this is what I've got with my technique, if I want to play even longer for England and play 60, 70, 80 Test matches for England, what do I need to improve?'

"This does work for Rory Burns on occasion but to be more consistent early on in his innings, I think he needs to really think about how he gets that bat playing coming down straighter. It's in Burns' hands, still. If he scores a hundred in the second innings he then gets to play some more games."

Cook, England's all-time leading Test run-scorer, feels Burns gets his hands too far away from his chest, which leaves him out of position against a bowler like Starc. Burns has already fallen twice to Starc and Cook fears the match-up will become increasingly one-sided unless he alters something.

"The perfect Mitchell Starc angle, to hit that ball perfectly with it coming away and his bat coming across, your timing has to be absolutely spot on," added Cook, who acknowledged there are perils of making technical tweaks mid-series. 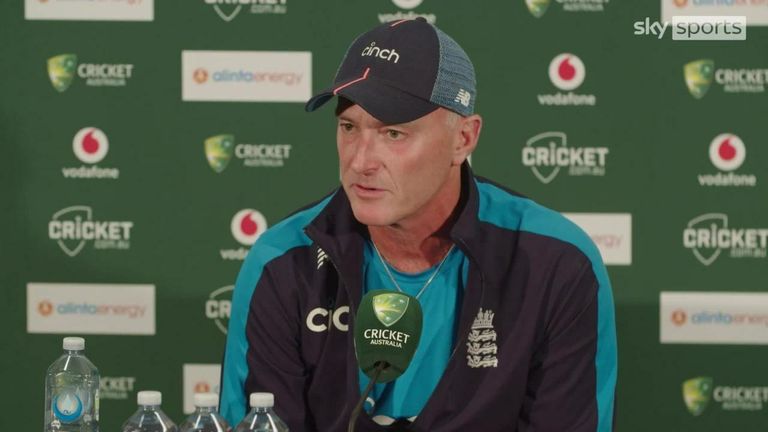 "If it's not spot on, the face of your bat is slightly closed as you come to hit it. It's a technique he now has to decide what he's going to do because Starc for the next five Test matches if he stays fit, it's almost the perfect combination against him.

"The problem is tinkering with your technique in the middle of a massive series, you're then batting in a game maybe thinking about technique is not what you want to be doing. The only thing you want to be doing is committing or watching the ball as it's coming down. You've got to keep your mind as clear as you can."

Is Burns' place under threat?

It has been a forgettable tour for Burns, who went down in Ashes folklore for all the wrong reasons after being bowled from the first ball of the series, and he has contributed just 17 runs from three innings so far. 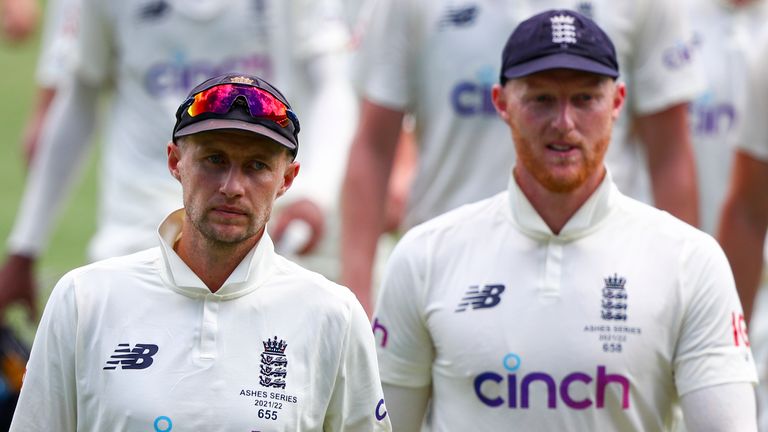 Former England opener Nick Knight, who has faced similar experiences to Burns during an Ashes series, told Sky Sports News: "He has got a lot of work to do, and he'll be feeling under pressure. I don't know whether he listens to the news and social media, but there will be a bit of pressure on his place I'm sure. He's the type of character that can absorb all that and move on.

"Having been in this position myself on a number of occasions, I don't want selectors to go back to the late 90s or early 2000s, where if you had a few bad scores or a few bad games then they'd look to try somebody else. Doing that becomes a bit of a revolving door.

"With Burns though, if you go back seven or eight Test matches, he got 132, 81, 61, 50 and 49, so he has been making contributions along the way. Sure, everyone is right that he has struggled in this particular series, but I don't think England will make a change for the next one.

"They want options if they want to go down that route, but I don't think they will as yet."