England head coach Chris Silverwood has tested positive for Covid-19 while isolating with family in Melbourne.

Silverwood was already due to miss the fourth Ashes Test in Sydney having entered quarantine when one of his family was caught up in the initial coronavirus outbreak in the touring camp.

Assistant coach Graham Thorpe will lead the side in Silverwood's absence as England look to chalk up their first win of the series, with Australia having taken an unassailable 3-0 lead and retained the Ashes following an innings win at the MCG.

Silverwood, 46, is set to re-join the England team in time for the fifth and final Test in Hobart from January 14.

A statement from the England and Wales Cricket Board read: "England men's head coach Chris Silverwood has tested positive for Covid-19.

"Silverwood has been isolating in Melbourne since December 30 following a positive test from one of his family members. He will remain in isolation until January 8. Silverwood is asymptomatic and is fully vaccinated

"He is expected to return to the England party in Hobart ahead of the fifth Ashes Test."

England had already announced that Adam Hollioake will now not join the coaching set-up ahead of the fourth Test due to a close contact of his testing positive for Covid.

England's batters were being put through their paces by club cricketers but net bowlers were asked to leave the session after around 40 minutes.

That left captain Joe Root to help out - the 31-year-old delivering balls to batters with the dog stick - and a number of other extended support staff, from the medical and communications teams, also helping with drills.

An England spokesperson said: "As soon as we became aware of the positive test, net bowlers were removed from supporting our practice. Practice remained in place until we finished at 1.00pm and that positive case did not cancel practice."

England have also undergone another round of daily PCR tests - their seventh in eight days since positives in the camp were recorded.

Only one Ashes player has so far tested positive for Covid - Australia batter Travis Head.

Head will miss the Sydney Test - Usman Khawaja the frontrunner to replace his fellow left-hander at No 5 in the home side's batting order.

England batter Zak Crawley, who was recalled for the third Test in Melbourne, says he would accept tighter bubble restrictions if it meant the Tests in Sydney and Hobart went ahead as planned.

Crawley said: "Personally I would [accept that]. We haven't got long left. I can't speak for everyone but I want to play the two Tests. We've spoken to the doctors, they've given us the facts and are more than happy to carry on.

"We fully trust that and I 100 per cent want to play this Test, I'm definitely comfortable. We've managed to catch the cases early so we've been lucky not to have any players go down." 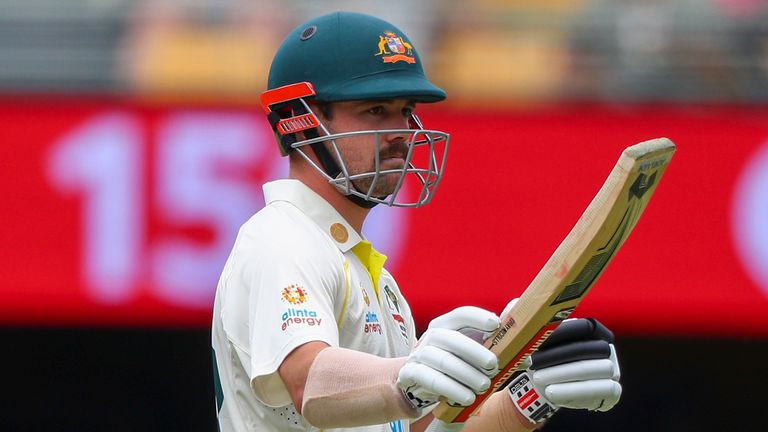 Match referee David Boon will also sit out the Test at the SCG due to contracting Covid, as will former Australia seamer Glenn McGrath.

McGrath has hosted a breast cancer fundraiser and awareness campaign during the New Year Test in Sydney for the past 13 years, in honour of his late wife Jane, who passed away from breast cancer in 2008.

McGrath is hoping to attend day three, when the SCG is decked out in pink for the McGrath Foundation, but is currently in isolation following a positive result.