Joe Root set to become longest-serving Test skipper in country's history when he leads England out in Sydney on Wednesday; Root and head coach Chris Silverwood have come in for criticism following another unsuccessful Ashes campaign; Ben Stokes dismisses talk of replacing Root as captain

Ben Stokes has distanced himself from the role of England captain, insisting Joe Root and head coach Chris Silverwood maintain the full support of the team following their defeat to Australia in The Ashes.

When Root leads the side out in Sydney on Wednesday he will become the longest-serving Test skipper in the country's history, overtaking predecessor Sir Alastair Cook's previous record of 59 matches.

But any sense of pride in that achievement will be tempered by the fact that, for the third time, he has just led an unsuccessful Ashes campaign.

After four-and-a-half years in the job, it would hardly be classed as a radical move if either Root or his employers decided it was time for a change.

Neither party has given any indication that they are about to pull the trigger on such a move and now vice-captain Stokes, by any reckoning the only obvious replacement, has distanced himself from any talk of succession planning.

He has led the Test team once before, in a losing cause against the West Indies when Root was at the birth of his second child, but does not covet the role. 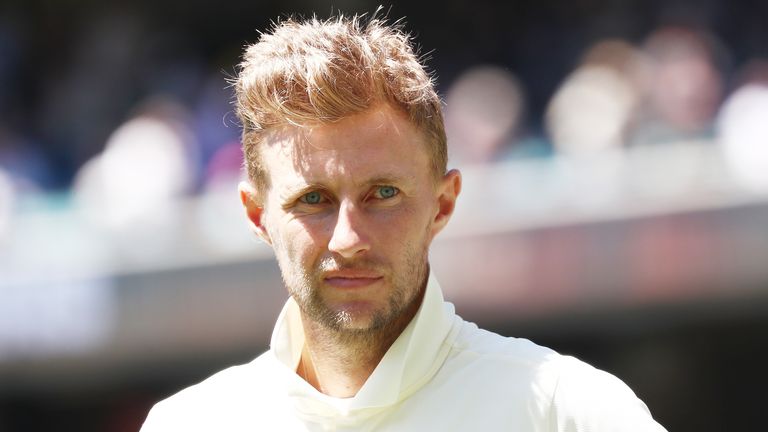 "I've never really had an ambition to be a captain," he said, addressing the speculation.

"Captaincy is more than about setting fields, picking the team, making decisions out there in the middle. A captain is someone you want to go out and play for. Joe Root is someone I always want to play for.

"It's totally Joe's decision. He shouldn't be forced into doing it. I'm sure Cooky felt the same way. He did it for so long and when he knew his time was up, his time was up. Those discussions haven't entered anywhere near Joe yet.

"I don't sense that at all with Joe. He's brought this team a long way. He's done some great things. Obviously this series hasn't gone too well, not from a captaincy point of view, but from a team and results point of view."

Stokes also used his considerable position of influence to firm up head coach Chris Silverwood's position. There is a sense that he is a likelier fall guy than Root when post-mortem concludes, but Stokes went out of his way to counter that narrative.

"Unfortunately, the captain and coach bear the scrutiny for (results), but there are 10 other guys out there in the field," he said.

"That's (the media's) job, to say, 'Should people step down?'. At the end of the day, the most important people's opinions are those guys in the dressing room and they've got our thorough support.

"Chris Silverwood, exactly the same. He's a real players' coach. He stands up for you as individuals and players as well. All the hype in the media recently about their futures, it's your job to write that, but they know full well they have the support of everyone in there and that's all that matters."

If Root and Silverwood go, who replaces them?

The England captain was outstanding with the bat in 2021 - amassing 1,708 runs at an average of 61 - but the rest of his team were not, which is one of the chief reasons they tumbled to a record nine defeats in the five-day arena, matching Bangladesh's tally of losses in 2003.

Root hit 1,178 more runs than the next highest scorer, Rory Burns (530). The fact England's third-highest run-getter was 'extras' gives a stark insight into the batting woes they experienced. As does the record 54 Test ducks they bagged, a number which equalled their number of noughts from 1998.

It meant that for all of Root's achievements with the blade - six centuries, two of them doubles, the third-highest return ever for a Test batter in a calendar year - he has now suffered the most defeats as England Test captain, with the Yorkshireman up to 24 losses in 59 games.

Root surpassed David Gower (18), Michael Atherton (21) and Sir Alastair Cook (22) during his side's annus horribilis to become England's most beaten Test skipper but he is also their most winningest, having trumped Michael Vaughan's 26 wins when his side beat India in Leeds in August.