Eoin Morgan on Jos Buttler: "He hasn't captained a lot but the best insight into his cricketing brain is watching him go about his innings. It's not always crash, bang, wallop" - watch England's T20 World Cup opener against Afghanistan live on Sky Sports on Saturday

He has led England into World Cups before, dealt with the pressure of being expected to contend for the title, something Buttler will experience at the T20 World Cup in Australia over the next few weeks.

Morgan - who captained England to 50-over glory in 2019 - passed the mantle on to Buttler earlier this summer when he announced his international retirement and Buttler, as expected, was swiftly appointed as his successor.

The previous skipper says England could not wish for a better leader than the current one as they look to claim a first T20 World Cup crown since 2010, with the side beaten in the 2016 final and losing in the 2021 semi-finals under Morgan's stewardship.

Speaking to Sky Sports ahead of England's T20 World Cup opener against Afghanistan in Perth on Saturday, Morgan said: "In my opinion, they could not dream of a better captain than Jos.

"When you have an ability to lead from the front, keep calm and give absolute clarity of thought to every player in the team, I think it is a huge skill - and he has it."

England's start under Buttler was a tepid one.

They failed to register a series win in white-ball cricket during the home summer as they came up against India and South Africa. Batting collapses were rife, the uber-aggressive philosophy that had been fostered under Morgan replaced by a dash of timidity at times.

But those troubles appear to have been just a blip, a natural drop off with not only a fresh captain in Buttler but also a new coach in Matthew Mott. Things looks a lot rosier now.

A 4-3 series win in Pakistan while Buttler had a watching brief - the skipper with his side but not playing as he took a cautious approach to his return from a calf injury - was followed by a 2-0 victory over T20 World Cup hosts and defending champions Australia, with Buttler playing a central role.

Morgan: Buttler has a fiery side

In a series England would probably have won 3-0 if not for the final match in Canberra falling victim to the weather, Buttler clattered two half-centuries and kept cool while marshalling his bowlers and fielders in two ultimately failed Australia run chases.

Similarly to his predecessor as captain, Buttler seems to have ice in his veins at red-hot moments, but Morgan says there is a sizzling side to his former team-mate, too - and not just when he has bat in hand.

Morgan said: "I thought Jos, along with [stand-in captain] Moeen Ali, did an unbelievable job in Pakistan, galvanising the troops after a tough transition in the summer, playing against two sides on an upward curve in India and South Africa.

"Jos is also quite a fiery character when he needs to be. You might not often see it but it is a definite part of his personality and it's important for him to stay that way and be himself.

"If people are around him thinking, 'Jeez, Jos normally kicks off when this happens, why isn't he now, what's wrong?', that's not what you want. He needs to be as authentic as a captain as he is as a person.

"He hasn't captained a lot yet but the best insight into his cricketing brain is watching him go about his innings at the top of the order. It's not always crash, bang, wallop.

"When we have seen him get hundreds, either in the IPL or in an England shirt, they are very skilled innings.

"He talks a lot about batting two or three overs to get himself into the game, a lot about picking times to swallow your ego and then knowing when to grab the game by the throat. That's what great players do.

"They have a huge ability to be able to recognise the biggest moments in the game and deliver. He is the best white-ball batter in the world at the moment. He makes things look so easy.

"Having missed the back end of The Hundred and the Pakistan series through injury, he came back against Australia and looked like he hadn't missed a game. Even when I was still playing, I watched him play shots that made me think I should retire because I can't do that!

"He is on a different level with how hard he hits the ball and how he is consistently trying to evolve his game, regardless of how many runs he has got or how much he is impacting the team already.

"His desire is very much on a similar level to Ben Stokes. Those two are the best trainers." 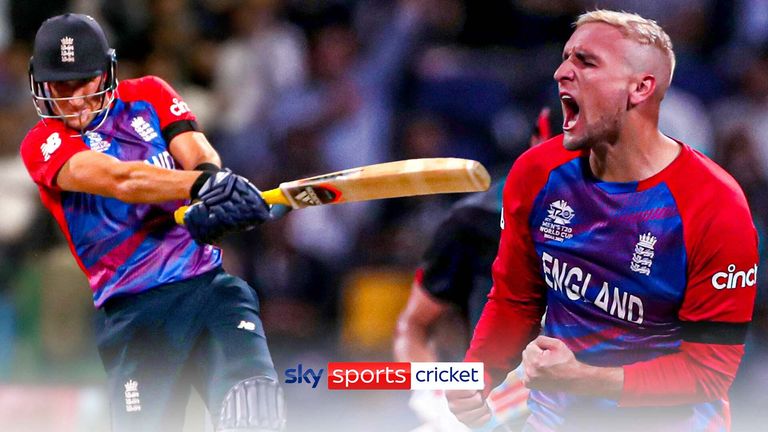 England batter Liam Livingstone talks to Sky Sports Cricket's Ian Ward about the World Cup opener with Afghanistan, the depth of the team and coming back from an ankle injury

'Stokes makes players around him better'

Stokes' spot in England's T20 team - the all-rounder is slated to come in at No 4, behind Buttler, Hales and Dawid Malan - had been debated after a scratchy start with the bat in the Australia series, the 31-year-old out for single figures in both Perth and Canberra.

Perhaps that could be put down to rust with Stokes seen so fleetingly in T20 cricket of late and there were glimpses in the final game against Australia and the warm-up win over Pakistan that he was finding his range. For Morgan, though, Stokes was always a must-pick.

"Ben is a guy you want when the side really needs something. He makes players around him better, regardless of the form he is in. He is someone you have to have in your team."

Stokes' myriad qualities could be crucial for Buttler and England in the World Cup, as could Mark Wood's pace, with the quick touching 97mph in the Pakistan series.

England have been cautious with Wood's game time ahead of the World Cup as they try to ensure a player with a long history of injuries is at his peak for the tournament itself. Morgan thinks the Durham speedster can now be let loose - for all but one of his country's matches.

Morgan added: "I don't think Wood needs to play every game, although he will definitely want to. The games are spaced out as such that he will have enough recovery, but I think the travelling in Australia might be a little bit risky, particularly going from Perth to Melbourne. 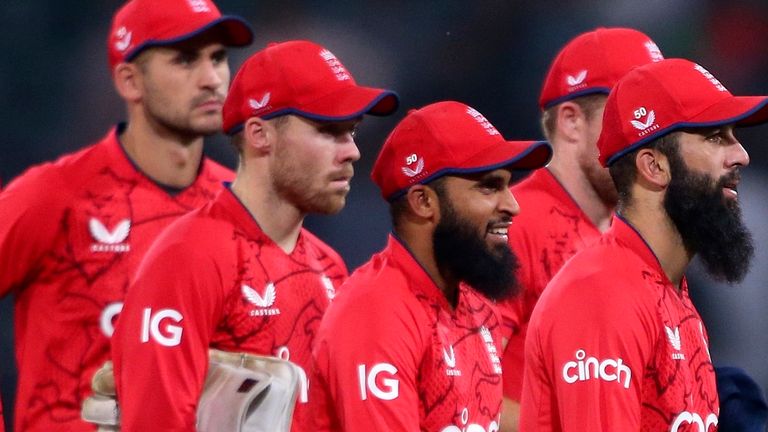 "I don't think he needs to play in Wednesday's game against the qualifier after a five-hour flight to Melbourne - for me, it's not necessary to risk a guy that is going to be a huge part of your campaign.

"Past that, the travel is not that far, an hour over to Sydney, an hour or so up to Brisbane. I think he might play in the first game against Afghanistan but not the second before returning against Australia.

"Woody just loves playing cricket. It's easy when you are playing on the big stage for your country, but I imagine him having the same attitude playing for Ashington on a Saturday afternoon. The enjoyment level is completely infectious. He is a great guy - who just happens to bowl at 100mph!" 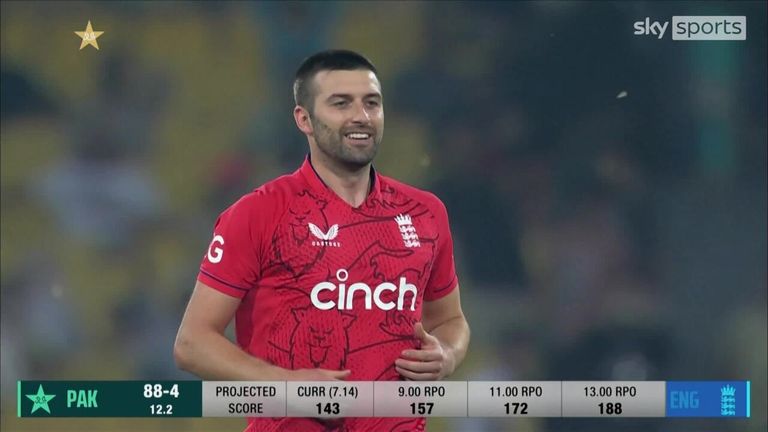 Twelve months ago, Morgan was captaining Wood, Stokes and Buttler. This time around, however, he won't be orchestrating the game-plan but instead analysing it as he commentates on the tournament and performs punditry duty for Sky Sports.

Speaking from Perth, Morgan added: "It was a different feeling on the flight out. I have been to a lot of T20 World Cups over the years, part of a successful one and part of some really bad campaigns.

"Normally your mind is occupied for the first couple of hours, thinking if things are in place, what you need to do when you get there, making plans, but this flight was a lot more relaxing.

"I am looking forward to watching the England boys play some great cricket because they have been brilliant of late.

"They have gone from not knowing what their best team is, with injuries and guys out of form, to a side that is spoiled for choice trying to pick a best XI. They are the most in-form team in the competition."

Watch England's T20 World Cup opener against Afghanistan live on Sky Sports Cricket on Saturday. Coverage begins at 11.30am ahead of midday start.