Michael Vaughan says he is interested in talking to the England and Wales Cricket Board about the new role of director of England Cricket following the ‘inevitable’ departure of Paul Downton as managing director.

Downton succeeded Hugh Morris in February 2014 but, after a little more than a year in the job, his position has been abolished following England’s dismal showing in the World Cup and after playing a leading role in the decision to sack Kevin Pietersen.

“I’m passionate about the team moving forward and trying to become a better unit, trying to see these young players go out and express their talents.

“For a couple of years now the one-day side hasn’t played to a brilliant standard and the crowd hasn’t been excited with the brand of cricket.

“The brand also needs to be one that wins; I think it’s important that England win some games of cricket to get everyone buzzing again.

“It’s a big year in terms of the Ashes and England have to compete in that series – they have to be better than what they were in Australia just about 14 months ago and they have to see a development through the side.

“I’m always open to chat. I go to Antigua on Friday for the first two Test matches so I’ll look to see how the team has responded to this change. I think they [the ECB] have got my phone number.”

Reflecting on Downton’s departure, Vaughan – who led England to victory in the 2005 Ashes – added: “I think it was quite inevitable that there was going to be change after the World Cup performances from the England side given the way that they played in the last year.

“I guess Paul Downton’s role as the MD of English cricket was to send a clear message through the game, through the media about all the different happenings of the last year.

“You look at the KP affair, you look at the performances particularly in one-day cricket over the past year – so it was inevitable that there would be change.

“But I think that it’s important to say that by removing Paul Downton, that’s not suddenly going to get England playing like Australia.

“There is a deeper-rooted problem in English cricket that needs ironing out with the structure, the development of our players.

“Where’s the pace in the game? Where’s the spin options in the game? Removing one man doesn’t suddenly make England a team that is going to go in the direction of being the No 1 side in the world; there needs to be a collective kind of togetherness for change. 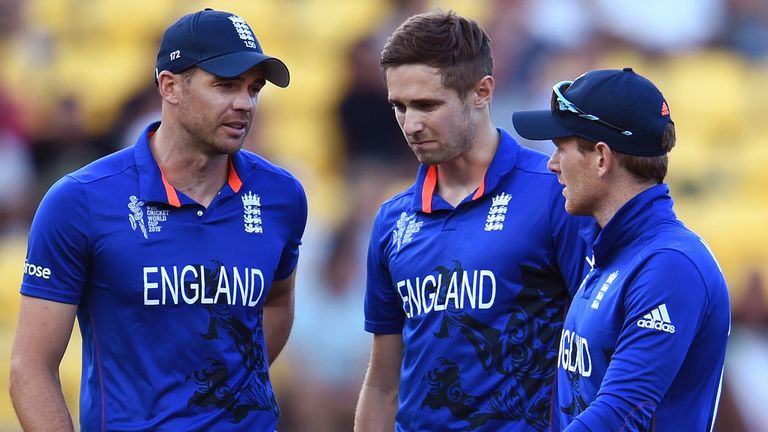 I think that it's important to say that by removing Paul Downton, that’s not suddenly going to get England playing like Australia.

“I think people need to realise that a cultural change needs to happen in one-day cricket; over the next year or two years the game has to be changed in terms of an IPL window being created, we can create an EPL; the development of our players probably needs changing in terms of how they play the one-day game.

“In Test cricket we are all right – we’ve always been pretty good in Test matches. I still think the team can improve a little bit in that department as well.

“But it’s more so the one-day and the World Cup that is the reason why Paul Downton has lost his job.”

Former England wicket-keeper Downton played a key role in the decision to axe Pietersen after England’s 2013/14 Ashes whitewash in Australia. He then also oversaw England's group stage exit in the World Cup in Australia.

Vaughan said the combination of both was always likely to bring about change.

“I don’t think you can say one or the other of the Pietersen affair of the World Cup has cost him his job.

“Both have been poorly dealt with by the ECB; the Kevin Pietersen issue has been a debacle right from the start right through to now. I think that needs ironing out.

“The World Cup was a disaster because of the way the team played and the players have to take responsibility for that.

“Many fingers are pointed at the backroom team and in Paul Downton’s case now but the players didn’t respond.

“It’s more so about the culture and the approach of English one-day cricket going back 20 years; I think we are a little bit dated, I think we do chase the game; it’s important that you look at the modern one-day era and see the style of play required to be competitive in one-day cricket.

“Teams like South Africa, Australia and India are quite a distance away from the way that England are playing at the minute.

“But there’s a lot of talent out there; there are enough players who could be competitive given the chance and I’m sure that in the next year we’ll see that in one-day cricket in England.”