"Stuart Broad, with that fire in the belly he showed, has got more to come and he doesn't just want to get 500 wickets - he wants to get up to 600 as well"

England seamer Stuart Broad needs just one more wicket to become only the seventh bowler in Test history to reach the 500 mark.

Broad has bagged eight wickets so far in the third Test against West Indies, bowling his side into pole position to secure a 2-1 series victory on day four, live on Sky Sports Cricket.

However, former England captain and Sky Sports pundit Michael Atherton feels the 34-year-old paceman will already be aiming for his next milestone in terms of Test scalps…

The mark of a champion sportsman is not when you get knocked down, but how you bounce back and we've seen that in this series with Stuart Broad.

After being left out for the first Test at The Ageas Bowl, he had some things to say about it but my, has he backed up those words with actions.

When you look at the way he's bowled in this match, he just looks like he's going to get a wicket every ball.

Broad made the point that he's actually quite a bit younger than James Anderson. Of course everyone brackets Broad and Anderson together because they've played together for so long.

But he's actually four years younger and he's said, 'if Jimmy can go on to almost 38, why can't I?'. If he does, it'll be a remarkable achievement.

When you get left out, that's when you find out a little bit more about yourself. Some players, when they get to that stage and get left out, they might just say, 'Well, I've done enough with my career'.

But clearly Stuart Broad, with that fire in the belly he showed, has got more to come and he doesn't just want to get 500 wickets - he wants to get up to 600 as well.

True, he's not going to get anywhere near Muttiah Muralitharan at 800 but just to be the fourth fast bowler to get 500 wickets would show remarkable longevity and stamina.

I remember that Test match at Johannesburg in 2016, when he took 5-16 in five overs and I was on commentary at the time with Neil Manthorp.

I just turned to Manners and said, 'he's going to get some wickets here'. You can sense it somehow. 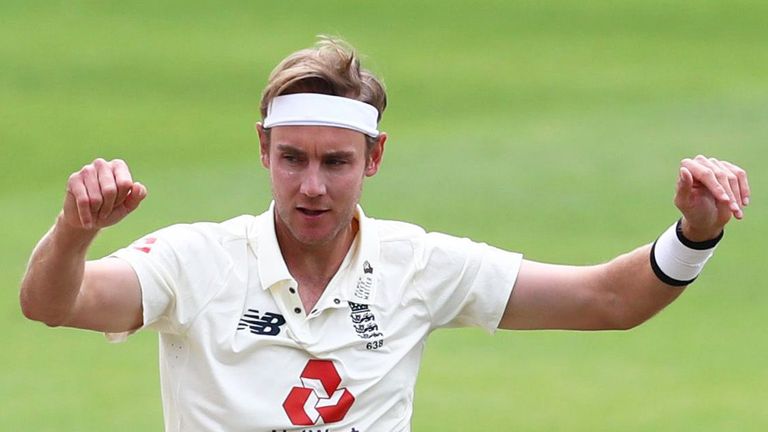 Maybe it's the length that he hits - it's a fantastic challenging length that makes it tough for any batsman, but particularly left-handers.

David Warner found that out last year and, if a batsman as good as Warner struggles to work him out, it's going to be tough for most left-handers.

To be fair, England were pretty ragged this morning. They came out for that first hour and Joe Root didn't give the ball to Broad - he gave it to Chris Woakes and Jofra Archer instead.

When you think about how Shane Dowrich had played the night before, it was perfectly reasonable to expect Archer to give him serious problems with the short ball.

But then it was a question of why Woakes and not Broad at the other end. Captains see it differently but, the moment Broad came on, he got 4-14 in four overs.

You leave out champion cricketers at your peril. At the moment, he's just full of confidence with both bat and ball - a player at the top of his game."