England earned a first home Test series win over South Africa since 1998, and recorded back-to-back series victories over the Proteas for the first time since 1964, with their victory at Old Trafford.

The 177-run win in the fourth and final Test saw the hosts claim a 3-1 series success - Joe Root starting his Test captaincy in the best way possible.

While there are still questions to be answered ahead of the upcoming three-Test series against the West Indies and the winter Ashes tour, there's plenty of positives to be taken from England's win in Manchester. Here's a look at the best of the Old Trafford Test...

Anderson thrives at own End

James Anderson's Lancashire homecoming was given added importance as he received the somewhat unusual honour of having an end of the ground named after him while still playing.

"It's a huge honour for me, but still a little bit surreal; hearing it over the tannoy, it came as a bit of a shock" said Anderson, prior to then taking a Test-best 4-38 at the ground, in the first innings - denied a first home five-for by his great mate Stuart Broad, who took the final three wickets to fall.

The two then produced terrific opening spells to reduce South Africa to 18-2 - claiming one apiece - early on in the second innings, before Anderson added a further two late on day four, including the key strike of South African skipper Faf du Plessis for 61.

Also, when he wasn't busy worrying about the weather coming in from over 'Bill's mother's', Bumble took us on a tour the ground he too used to call home, with Lancashire between 1965 and 1983, talking us through the major redevelopments at Old Trafford since that time and spotting a Manchester United legend along the way too! 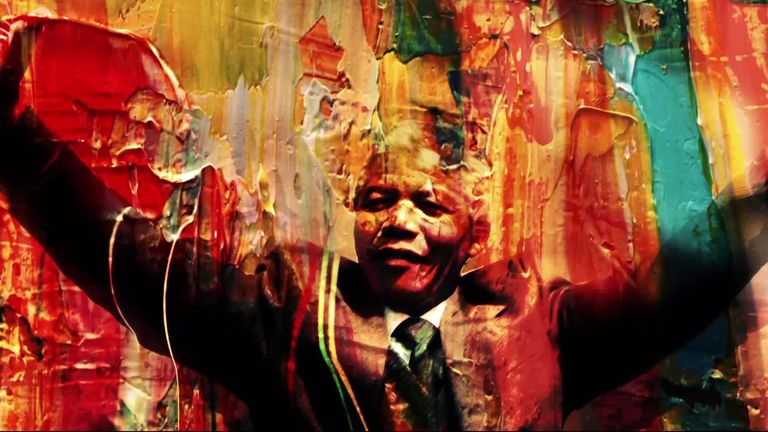 While Anderson took a starring role in the Test, he wasn't the only paceman to exploit the perfect bowling conditions on offer. As mentioned, Broad too impressed, while for South Africa, Kagiso Rabada showed his best form of the series in taking four first-innings wickets - his yorker to dismiss Ben Stokes particularly devastating - and Duanne Olivier finished with five in the match.

Also, the ever-unlucky Morne Morkel finally earned the rewards his fantastic displays of fast bowling throughout the summer have so deserved, as he took a series-best 4-41 in England's second innings.

In an effort to showcase the difficulties of facing the likes of Morkel, and specifically 90mph bowling, Sky Sports' Nasser Hussain took to The Kia Zone with camera mounted to cap and we cranked up the bowling machine!

Despite the various successes of Anderson, Morkel and Rabada in the series, it was Moeen Ali who finishes the series as leading wicket-taker, with 25 scalps at 15.64 apiece, seven of those coming at Old Trafford, including his starring five-for in the second innings. 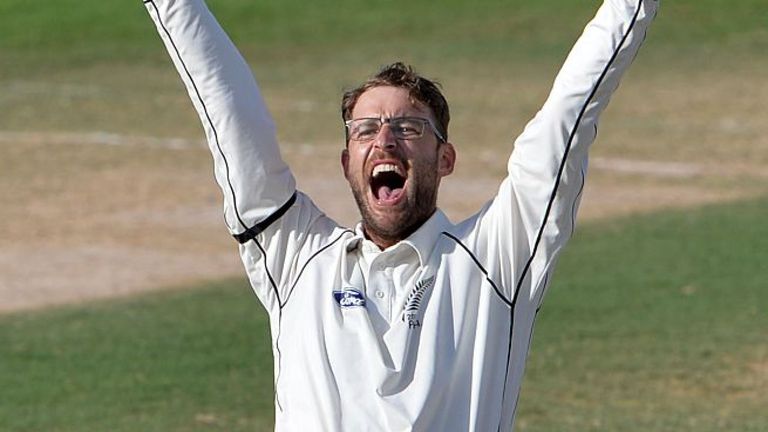 Perhaps he was paying attention to a couple of spin kings who made their way into The Kia Zone during the Test - Daniel Vettori and Shane Warne each giving a spin bowling masterclass.

Former New Zealand slow-left-armer Vettori discussed his beginnings as a medium pacer in the game, looking to follow in the footsteps of his Black Caps hero, Richard Hadlee, and reminisced about his first Test wicket, a certain Mr N. Hussain. Warne, meanwhile, joined Andrew Flintoff for the latest of our Sunday Coaching Clinics, dishing out his top tips for young spinners.

Moeen's success with the ball in the series was more than matched by his efforts with the bat too, as his smashed 66-ball 75 in the second innings saw him become the first England player since a certain Sir Ian Botham - in the 1981 and 1985 Ashes series' - to score more than 250 runs and take 25 wickets.

Speaking of that Moeen knock, it contained three sweetly-struck sixes, the second of which not only brought up his half century but, incredibly, picked out team-mate Jonny Bairstow on the England dressing room balcony. Far from being flustered, Bairstow casually claimed the catch, only to be mocked for his celebratory wave to the crowd by his skipper, Joe Root.

It capped off another fine series for Bairstow, though his finer grabs were reserved for when he had the gloves on - he and opposite number, Quinton de Kock, arguably the two best keeper-batsmen in the game right now.

'Arguably' being the right word, as it was one of a number of disputed points when Bob Willis, Nasser Hussain and David Lloyd tried to pick a current best Test XI live on Facebook.

Bairstow fell one run short of a first-innings century to a hotly-disputed lbw decision, and while De Kock had a less memorable Test with the bat, he did pull off one stunning diving catch to dismiss Tom Westley in the first innings that more than adequately showed off his credentials.

"England need to stop that swing-o-meter going in opposite directions. You look at them; they win one, lose one," said Hussain following the home side's second heavy win of the series, at The Oval, either side of a Trent Bridge drubbing.

England's Test cricket has been consistently inconsistent of late, so a series win secured on the strength of back-to-back wins - their first successive Test triumphs since last summer's against Pakistan at Old Trafford and Edgbaston - represents an improvement in that area.

Worse still in recent years has been England's ability to win the final Test of a series, a particular frustration of head coach Trevor Bayliss. His team had lost eight of their last nine of such Tests - a Lord's win over Sri Lanka last year the only exception. Well, finally England have finished with a flourish, earning their first final-Test triumph since an innings victory over India at The Oval in 2014.