Watch England vs Australia from 9.30am on Sky Sports Cricket World Cup 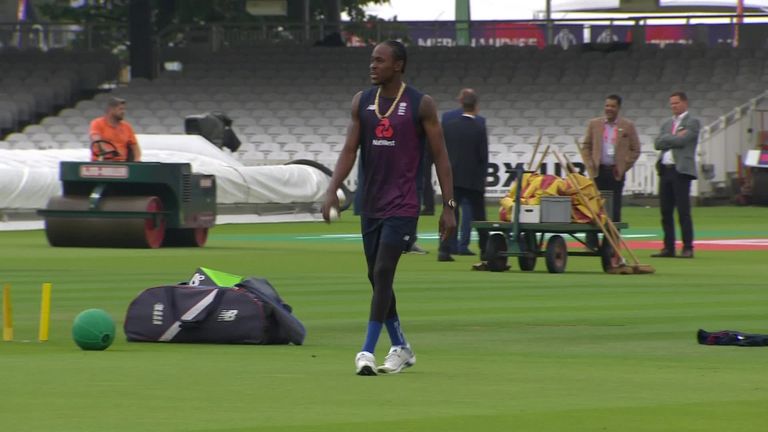 Jofra Archer has passed a fitness test and will play for England against Australia in their World Cup match on Tuesday.

The 24-year-old had tightness in his left side on Tuesday morning and underwent a precautionary exam, but was passed fit for the clash at Lord's, which is live on Sky Sports.

Archer is the joint-top wicket-taker, alongside Mohammad Amir, at the World Cup this year with 15.

England are looking to bounce back from their shock defeat to Sri Lanka, which has left them fourth in the standings.

They are three points behind Tuesday's opponents Australia, and just one point above fifth-placed Bangladesh. The top four qualify for the semi-finals.

The hosts will be without opener Jason Roy, who is missing his third successive match after suffering a hamstring injury.

England head coach Trevor Bayliss said: "If someone of Jason's ilk is not playing, of course you are going to miss him - that's the nature of the game.

"I'm not exactly sure when he will be back, but we're not going to risk him, that's for sure.

"We'll get the medical people to let us know whether they think he is right for the next game, but we're looking forward to having him back."