“Has it been matched in history? In hundreds of years of history, I can’t think so!” exclaimed Ian Smith.

"It is the greatest game of cricket in history!" added Andrew Strauss.

England are world champions but only after the most incredible, nail-biting, spine-tingling and heart-stopping World Cup final you will ever see.

England and New Zealand could not be separated after 50 overs and, remarkably, the scores were level again after a Super Over with Eoin Morgan's triumphing courtesy of having hit more boundaries in the match.

But in a game where the margins were so fine, we look at the moments that made all the difference at Lord's…

Taylor given out lbw with no review available

Having opted to bat first, New Zealand appeared to have got over the early dismissal of Martin Guptill as Kane Williamson and Henry Nicholls put on 74 for the second wicket. Even when Liam Plunkett removed the set pair, a good review confirming Williamson had feathered behind before Nicholls chopped on, the Black Caps looked well-placed to post in excess of 250.

Ross Taylor made 74 on a similarly tricky pitch in the semi-final against India and has shown his class against England on numerous occasions over the years, so when Mark Wood struck him on the pad and umpire Erasmus raised his finger it was a huge boost for Morgan's team.

Taylor's frustration was clear, the ball appeared to be going over the top, ball-tracking confirmed that but by that stage the batsman was back in the dressing room. New Zealand had no review left to use, that had been wasted by Guptill after he was hit plumb in front by Chris Woakes. So while a good review helped England get rid of Williamson, a bad one cost New Zealand the chance to reprieve their other star batsman.

At the time, a pretty innocuous incident. New Zealand had battled their way up to 241-8 from 49.5 overs, not necessarily a match-winning total but certainly a competitive one in a final. Jofra Archer had bowled a superb spell at the death and had one ball left to bowl to see out the innings. 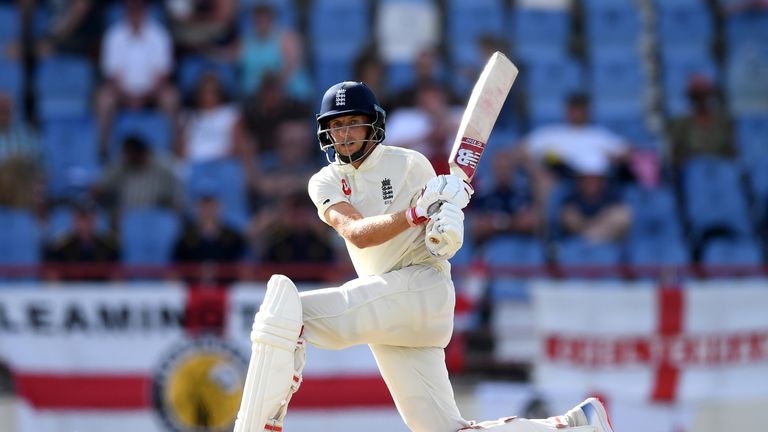 He chose the bouncer and clearly surprised Mitchell Santner. The Kiwi left-hander is no slouch with the bat but his decision to duck under the ball and let it go through to Jos Buttler was a curious one as was the fact that Trent Boult did not even attempt to sprint through for a bye.

In a game where every run proved so crucial, the decision to seemingly pass up the chance of an extra one looks very costly now.

Roy given not out first ball and survives review

Needing 242 for victory on a less-than-friendly track for batting, the first 10 overs were going to be crucial, especially in such a high-pressured situation. For England though, disaster nearly struck within 10 seconds.

Boult came charging in to bowl the first ball, Jason Roy played forward, the ball hooped back in and rapped him on the front pad. The Black Caps went up as one but their appeal was turned down by umpire Erasmus. New Zealand were convinced though and quickly called for a review.

Roy waited nervously. No bat involved, pitching in line, impact in line… umpire's call! Ball-tracking showed that 48 per cent of the ball was thudding into leg stump, three per cent shy of what was required to overturn the decision. A few millimetres to the left and Roy was gone, a different on-field decision on a marginal call and he was gone. He went on to get 17.

In the 48.3 overs between Roy's reprieve and Boult losing his bearings on the boundary, the game had not so much ebbed and flowed as swung violently one way and then the other.

After England slipped to 86-4, Ben Stokes and Jos Buttler gradually worked the hosts into a position where there was hope and, for the briefest of moments before the latter departed, belief that they could win. That was quickly subsiding as Woakes and Plunkett followed Buttler back to the pavilion to leave England needing 22 from nine balls.

Stokes had to go for it and go for it he did, trying to launch Jimmy Neesham over the long on boundary. The connection wasn't clean though and Boult took the catch in the deep, seemingly ending England's hopes once and for all, only to step backwards onto the boundary cushion before he could release the ball to Guptill a few yards away.

Instead of having their dreams crushed, England were back in the game, Stokes still at the crease and six runs closer to their target.

Fifteen needed off the final over - at least we thought it was at the time - became 15 off four balls as Stokes turned down singles from the first two balls from Boult. The World Cup was slowly slipping away from England and into the grateful arms of Williamson and New Zealand.

Fear not though, Stokes was not done yet and got down to slog-sweep the Kiwi left-armer for six over deep midwicket next ball, taking it down to nine required from three balls - and that's where it really got interesting…

Stokes heaved the ball into legside again, no boundary this time, but two - at a push! He sprinted back for the second, dived to try and make his ground as Guptill's throw came arrowing in towards Tom Latham and as he did so inadvertently diverted the ball away from the wicketkeeper and past the fielder backing up for four overthrows.

Even putting aside how fortunate or unfortunate, depending on your allegiances, the ricochet was, there is the added controversy that England were awarded six by umpire Dharmasena.

The laws of the game suggest it should have been five as the batsmen hadn't crossed when Guptill released the ball. That would have left England with four to win, rather than three, from two balls with Adil Rashid on strike.

With Rashid and Wood run out trying to get back for two in consecutive deliveries, the scores were tied and the game went to a Super Over. One over each, most runs wins - simple. Stokes and Buttler were the obvious choices for England and Boult again was the bowler.

Stokes got the third ball away for four and Buttler ended the set with another boundary to the gap at deep midwicket - but he could quite easily not have been on strike. Buttler dug out a Boult yorker from the penultimate ball, sending it towards Neesham at deep extra cover.

However, the fielder was looking straight into the sun and did not initially see the ball heading in his direction and that slight delay was all that was needed for Buttler to be able to get back for two and stay on strike to hit that crucial boundary.

Neesham did his bit to make amends with the bat, nailing Archer's second ball into the stands to leave New Zealand needing just seven from four balls, a borderline wide having helped nudge them a little closer to their target.

That became three from two balls, mirroring what England had needed at the end of their 50 overs, and then two from the last ball. Archer held his nerve though and Guptill could only shovel the ball into the legside.

Then it was over to Roy, who having fumbled earlier in the over, collected the ball cleanly on this occasion and launched it in to Buttler, who gathered it and took down the stumps to deliver the World Cup for England by the finest of fine margins.