"I can't believe what has happened, but it's nice to wake up and know it. I don't think anything will faze me again"

Jos Buttler does not care what happens for the rest of his career after England's gripping World Cup win over New Zealand following a Super Over.

Buttler and Ben Stokes helped England score 15 runs in their Super Over after the hosts and the Kiwis had tied on 241 after 50 overs apiece.

New Zealand also scored 15 in their Super Over but lost the final at Lord's having hit only 17 boundaries to England's 26 in the match. 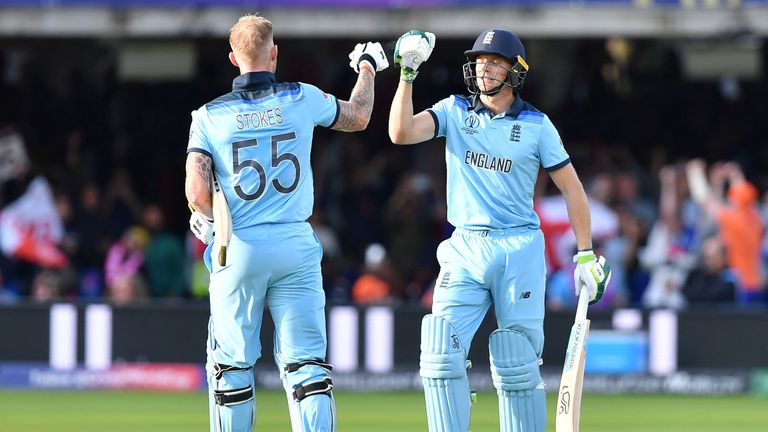 "I can't believe what has happened, but it's nice to wake up and know it. I don't think anything will faze me again," said Buttler, who ran out Martin Guptill from the final ball at Lord's.

"I don't think I'll ever care about anything ever again. I don't really care what happens now in my career.

"We were laughing about the fact that four years of work came down to one ball. It justifies everything we have done for four years to get to this point. It's an incredible journey.

"At the end I remember that 10 seconds of just running around, the atmosphere is something that will live with me forever.

"It's alright when you're in the middle because it's what you know - catch a ball, smash the stumps - but the consequences are obviously quite a lot larger!

"It was awesome - an incredible day and it will take some time to sink in. The way the game ebbed and flowed - things happened that should never have happened in a game of cricket." Buttler's 110-run stand with Ben Stokes rescued England from 86-4 in the run chase and even though he was dismissed for 59 with 46 runs required, Stokes' unbeaten 84 guided England to parity with the Kiwis and took the game into a Super Over.

"I had great belief that Ben had been playing really well in the tournament," said Buttler.

"I knew that if we batted time we would accumulate runs. We never felt the run rate was going to get too out of hand, so we felt confident. 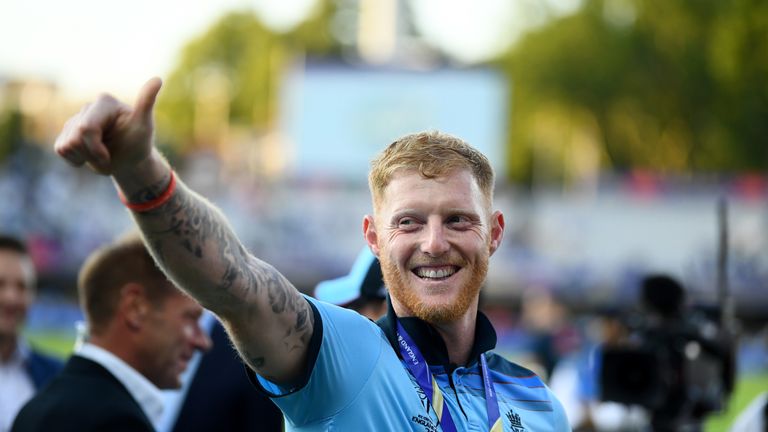 I’m extremely proud of him. He’s a close mate of mine and I know exactly what he’s been through. He’s one of our national heroes now so I’m delighted for him

"You didn't want to get out as you wanted the atmosphere to go on forever. The way the crowd supported us throughout the day was amazing."

On being selected to bat in the Super Over, Buttler added: "I was chosen but had my hand up as well.

"I was ready. I have been involved in a few Super Overs before so that helped. It was an experience to draw on, being a bit older now and being exposed to different situations." Buttler will now attempt to help England regain the Ashes from Australia when the five-Test series begins at Edgbaston on August 1, live on Sky Sports Cricket.

"This is a great start that we can take into the Ashes and enjoy the momentum," he added.

England's attention now turns to red-ball cricket, with a one-off Test against Ireland followed by the Ashes. Make sure you catch all the action on Sky Sports Cricket from July 23.