England are toasting a first World Cup title after winning a thrilling final against New Zealand on boundary countback when the scores were tied after a Super Over at Lord's on Sunday.

But their focus will swiftly turn to regaining the Ashes from Australia and Stokes says England must "wipe the slate clean" ahead of the opening Test at Edgbaston from August 1. 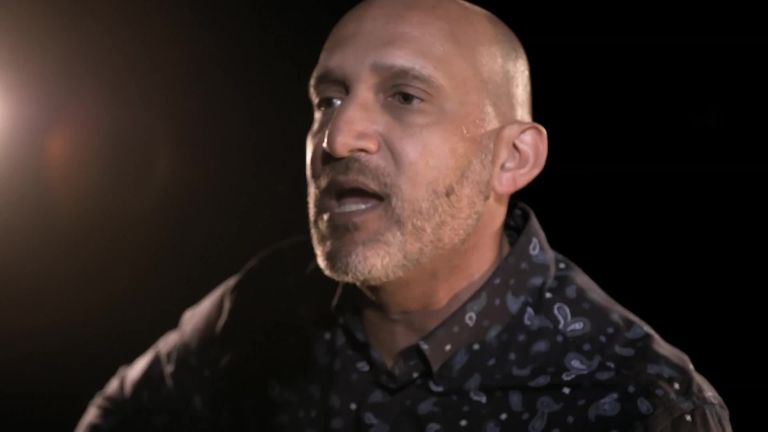 Mark Butcher strums away to get you in the mood for the Ashes, which is live and exclusive on Sky Sports from August 1

"We may be world champions but also want to be Ashes winners as well," said Stokes, who was withdrawn from England's squad for the 4-0 defeat in Australia in 2017-18 following his role in a fight outside a Bristol nightclub.

"Everyone here deserves to feel like a champion because we've just won it, but when it comes to the Ashes it's going to be heads on again because it has to be.

"Whether you're winning or losing games, you've just got to wipe the slate clean."

Stokes kept his head at Lord's on Sunday, managing to score a run from the final ball of England's 50 overs as they equalled New Zealand's total of 241 and took the World Cup final to a Super Over. 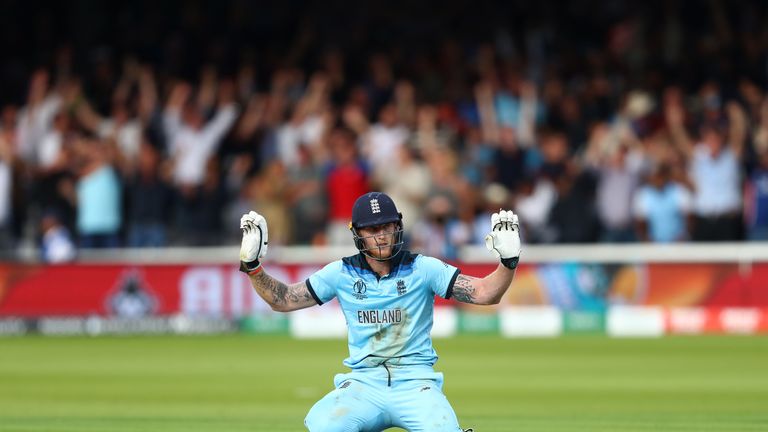 But he says he was disappointed he could not secure a match-winning two and had to compose himself before he and Jos Buttler strode out to bat once again.

"Needing two runs off one ball all I was thinking was 'just don't hit it in the air and get caught'," said Stokes, who hit an unbeaten 84 from 98 deliveries.

"It was just 'don't try to be a hero and do it with a six. I wish it had gone for two because I wasn't best pleased with myself walking off and back to the changing rooms for that 10-minute turnaround.

"I actually had to go and have five minutes to myself in the shower area of the changing room. I was pretty annoyed, angry.

"I had to get my head switched back on because I knew there was a job out there to do. I was full of adrenaline so I needed to make sure my head was in the right place." 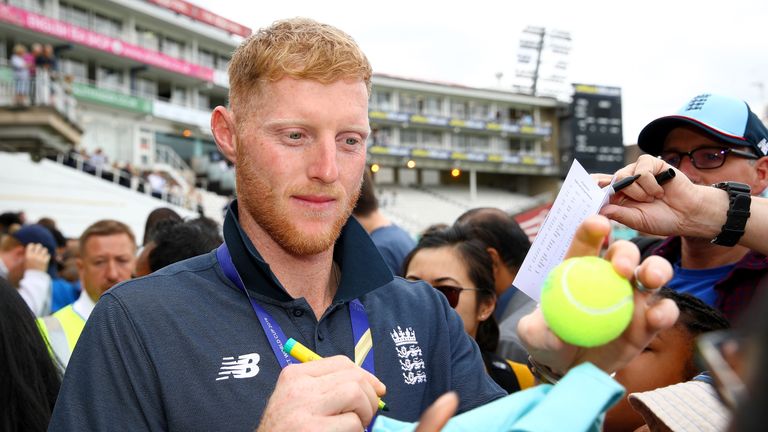 Stokes, who said on Sunday that he did not believe the epic final would ever be topped, joined his team-mates, as well as fans and schoolchildren, at The Oval on Monday for a celebration.

"I don't know if it's sunk in yet but coming down here and seeing what a small portion of the support we've had feels about it...the kids, the adults...these feelings are something we will hold on to forever," added Stokes.

"We would have been devastated if we hadn't managed to lift that trophy but looking back over that game I think it will go down in the history books as the best ever, with all the drama of a World Cup final. It's an amazing thing to be part of.

"I've got this medal around my neck so it's all good."

England's attention now turns to red-ball cricket, with a one-off Test against Ireland followed by the Ashes. Make sure you catch all the action on Sky Sports Cricket from July 24.