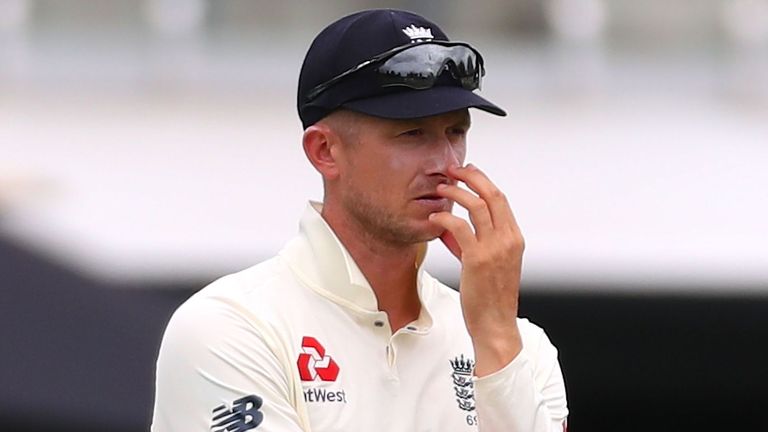 Having already survived one scare, Kane Williamson chipped the ball to Joe Denly at midwicket, Jofra Archer was already celebrating - but Denly shells it!

As the second Test in Hamilton headed towards a mundane draw, Joe Denly inadvertently produced a moment that will live long in the memory - albeit one he would like to forget!

Having survived an early barrage from Ben Stokes, Kane Williamson and Ross Taylor were well on their way to batting New Zealand to the draw they needed to win the series 1-0.

Jofra Archer came in to bowl and finally managed to outfox the Black Caps skipper with a knuckleball - Williamson was through the shot too early and chipped the ball up to midwicket where Denly was waiting.

Archer glanced to his right, saw the ball heading gently in the direction of the fielder and wheeled away celebrating.

It was only when Williamson gestured for him to look back into the leg-side that Archer turned around and saw Denly hunched over with the ball on the turf.

Quite how the Kent man managed to drop such a simple catch, even he would probably struggle to explain but somehow the ball escaped his grasp.

To his credit, Archer managed a smile while the faces of the rest of the England team were a picture. Ollie Pope behind the stumps could have be forgiven for thinking he was off the hook, having put down a slightly trickier catch off Williamson earlier in the day.

To make matters worse for Denly, Williamson, on 62 at the time, went on to make his 21st Test century.

"He must have fallen asleep!" said Mark Butcher in the Sky Sports studio. "That is astonishing!

"We'll probably find one or two other that have happened down the years but I don't know how you can drop this, it's virtually impossible."

Williamson admitted he was lucky to survive.

"It was fairly simple. No doubt Joe's disappointed - Jofra certainly was. I was very fortunate, you don't get many opportunities like that."