Chris Lewis: How I moved on from drug-smuggling terror and prison

"I was scared like a little boy. I had faced Curtly Ambrose, Ian Bishop and Allan Donald and this was so far removed. I couldn't summon anything. No hope, no anything, everything turned to dust"

Chris Lewis experienced the highs of 32 Tests and 53 ODIs for England - but his life suffered a crushing low in 2009 when he was sentenced to 13 years in prison after being found guilty of drug smuggling.

Lewis, now 52, served six and a half years before being released in June 2015 and in a candid chat with Ian Ward as well as former England team-mates Nasser Hussain and Michael Atherton on a Sky Sports Cricket Podcast, he recalled his charges, time in prison, how he moved on and the play, The Long Walk Back, which charts his time behind bars.

The former Surrey, Nottinghamshire and Leicestershire all-rounder - who admitted to feeling "scared like a little boy" in jail - was arrested at Gatwick Airport in December 2008 for attempting to smuggle liquid cocaine into the United Kingdom on a flight back from St Lucia.

"I can sum it up in one word: terror," Lewis said on our podcast, which you can listen to in the player above or by downloading: Apple Podcasts | Spotify

"Then being arrested and then waking up and appreciating all that might mean to your life and people's lives around you.

"Driving into jail for the first time, the only real reference point I had were movies with that scene so that ramped up the fear. Being inside jail, I was a duck out of water.

"Finally being convicted and sentenced to 13 years - 13 years seemed so long. At that moment it could have been 100 years for how long it actually felt.

"The first night in jail is hard to put into words but I was just scared, scared like no other. I was scared like a little boy

"I had faced Curtly Ambrose, Ian Bishop and Allan Donald and this was so far removed. In that environment I couldn't summon anything, certainly at the beginning. No hope, no anything, everything turned to dust.

"Eventually what got me though it was new thoughts, thinking about things in a more positive way. Telling myself I had coped with situations before.

"I needed a plan, some sort of hope and when I'd got those in place it gave me something to aim for. I thought of the happiness my parents would feel when I got through this process, the happiness I would feel.

"Self-forgiveness is important in moving on. Not putting it away but understanding your own motivations and being a little bit easier on yourself, so you are not always dwelling on that place, dwelling on that mistake and look to something more positive.

"[My charge] could also not be my final word on life. It was not the way I wanted to go out. I'd made a big mistake but I was still breathing, still fit, still healthy. I still had things to be achieved.

"This might be strange to hear but I am happy with how it unfolded. My six and a half years in jail - although I would never choose that for myself or anybody - ultimately served me. It has made me more aware of who I am, the choices life has to offer and the consequences of those.

"I am happy I got caught as potentially if I didn't what could have happened could have put me in a place I didn't want to be as a human being. 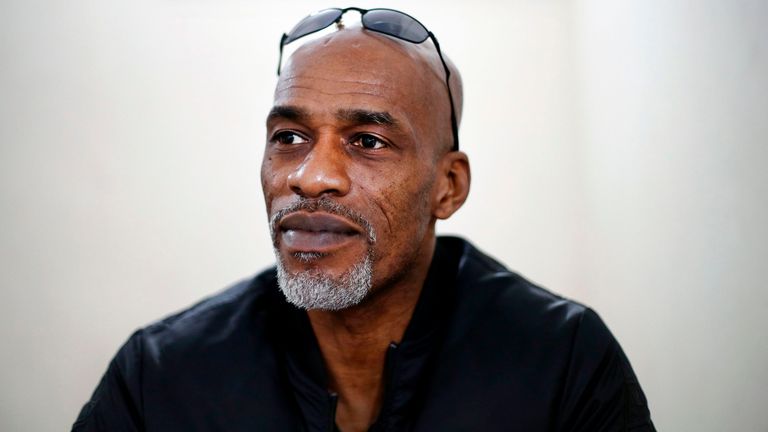 It’s not a feeling of what you might call happiness or exuberance – it was an overwhelming sense of relief. Around a week to go, I looked out the window and said ‘I can do this, I can do a week’. A real weight lifted off my shoulders, a weight I didn’t even know was there. That one chapter was now closed and here was the beginning of another.

Chris on the days before his release from prison

"Overall as a person now I feel more confident with challenges that will perhaps come to me in life and that not only can I cope but I also can learn."

On how he went from a successful cricket career to smuggling cocaine, Lewis said: "That was a question I asked myself a lot in jail. From the highs of playing for your country to, I suppose, looking down the barrel.

"So many other thoughts seemed to go by the wayside because I was so focused on this one thing and afraid of it. In my case it was not having money and not necessarily being capable of doing anything else.

"Those things kept piling up until I was in a place where I was thinking about nothing else, even the simplest things like, 'this is bad, the consequences for you, your family and everybody involved are going to be astronomical'.

"A lot of those thoughts didn't come in until after the event. It's not an excuse but it's how it unfolded for me. When I was that afraid, the brain matter wasn't working very well. It literally started to come back when I was at the airport, where you go: 'Oh my god, what have you just done?'

"Going not guilty when it was clearly something I had done was a question of not being able to see how I would cope with being in jail for that length of time, not wanting to spend 13 years in jail. A lot of decisions were wrong. Wrong for me, wrong from an honesty point of view."

The Long Walk Back, the play detailing Lewis' time in prison, began its run with a showing at HMP Portland, a male adult/young offenders institution in Dorset.

"It was emotional," added Lewis. "Prison is an extreme place. It is a hard and physical place but also an emotional place when you consider the devastation going there can cause for you and the people around you. People are going to make their choices about where I stand. There is no one I have met who agrees with what I did. However, some look at it and say 'people do make mistakes' and are therefore a little bit more understanding without condoning what I did. Others look and say, 'I just can't understand it'. That's the same all over, whether it's team-mates or the general public.

Chris on people's perception of him now

"I interacted with lots of people who were using different methods to get through the experience. I found the mental journey a difficult part of it and the play was an attempt to tell that story.

"Not just for me but what I had observed from lots of people. Trying to find a space in their head where it wasn't painful all the time and you could find a modicum of relief and move on to better thoughts."

- His England career and how it came to an abrupt end