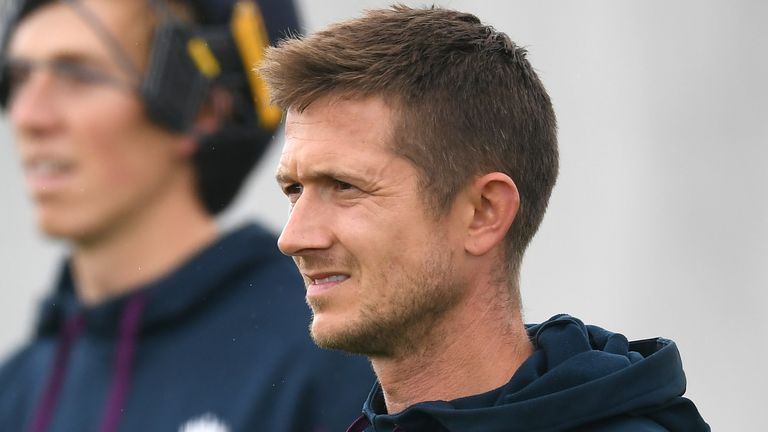 Joe Root says Joe Denly's England career is not over despite the 34-year-old being dropped for the second Test against West Indies.

England have dropped Joe Denly for the second #raisethebat Test against West Indies at Emirates Old Trafford, while seamers James Anderson and Mark Wood have been rested.

Captain Joe Root, who missed England's four-wicket loss at The Ageas Bowl last week to attend the birth of his second child, will slot back into the side, with Zak Crawley - who stepped in for Root - retained and Denly axed.

Anderson and Wood have been given a breather, with all-rounder Sam Curran and uncapped Sussex seamer Ollie Robinson drafted into a 13-man squad for the second game of the three-match series.

Curran and Robinson will compete with Stuart Broad and Chris Woakes - both left out of the series opener in Southampton - for spots alongside Ben Stokes and Jofra Archer in the pace attack.

Kent duo Denly and Crawley were seen to be vying for one spot in the second Test when they batted at No 3 and No 4 respectively in the first.

Crawley, 22, has been given the nod after scoring a classy 76 in England's second innings in Southampton and Denly, 34, only managing scores of 18 and 29 as his Test batting average dipped below 30.

Denly has made six fifties in 15 Tests - top scoring with 94 against Australia at The Oval last summer - but has often been guilty of throwing away good starts, having reached double figures in all but four of his 28 innings.

Crawley has scored two half-centuries in five Test innings at an average of 31.25, with his knock at The Ageas Bowl last week eclipsing the 66 he managed against South Africa in Johannesburg in January.

Root told reporters on Wednesday: "It's never an easy decision, never easy having to leave someone out.

"With Joe, he's done a brilliant job for us over a period of time - he's helped show our identity as a side and how we want to play moving forward. He has laid the platform for guys behind to go on and make big scores.

"He'll be as frustrated as anyone that he's not been able to convert those opportunities - but it's certainly not a closed door for him.

"He has been a big part of our squad for some time now and if he gets an opportunity to come back again he will be desperate to take it.

"You watch Zak's progression since he's been involved in the team and his game has continued to get stronger." 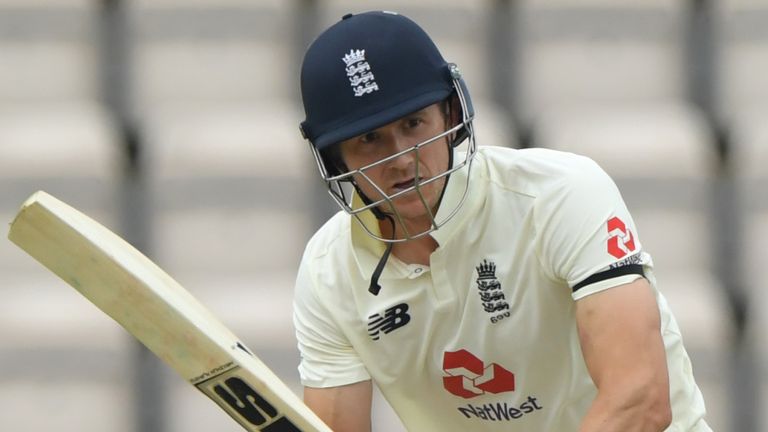 There’s probably not much difference between them right now, but Crawley must have room to grow and develop as a player, so they’ve made the right call. It’s difficult to see a future for Denly now. He’s not been a failure, he hasn’t looked out of his depth, but he hasn’t really grabbed his opportunity.

Root's return means Ben Stokes reverts to vice-captain - Stokes became England's 81st men's Test captain when he led the side in Southampton and the first all-rounder to take on the role since Andrew Flintoff.

Broad will hope to return, as well - the seamer admitted to being "angry, frustrated and gutted" at his omission at The Ageas Bowl, although Stokes said after the game that the 34-year-old was "nowhere near done" as a Test player and that has been reaffirmed by Root.

"I did have an input [in selection for the first Test]," said Root. "I didn't think it was fair to leave it all on Ben but ultimately you want him to be happy with the team that takes the field.

"There has been a lot of talk about Stuart missing out but no one thinks any less of him or that he is not capable of doing special things in an England shirt, especially in home conditions.

"There are guys in the squad that might feel hard done by who also average around 20 in the last couple of years in England. That's the competition we have. We are blessed with a number of guys who can come in.

Broad said that he felt angry and gutted after being left out of England's side for the first Test.

"One thing you know is that if Stuart gets his opportunity again he will be desperate to prove a lot of people wrong and put in a real strong performance. That's how you get strength in depth - from guys showing how it's done when they get the opportunity.

"With the games coming round quite quickly, managing bowlers is going to be quite important. [It's about] getting the balance right, especially with a few of them coming back from injury."