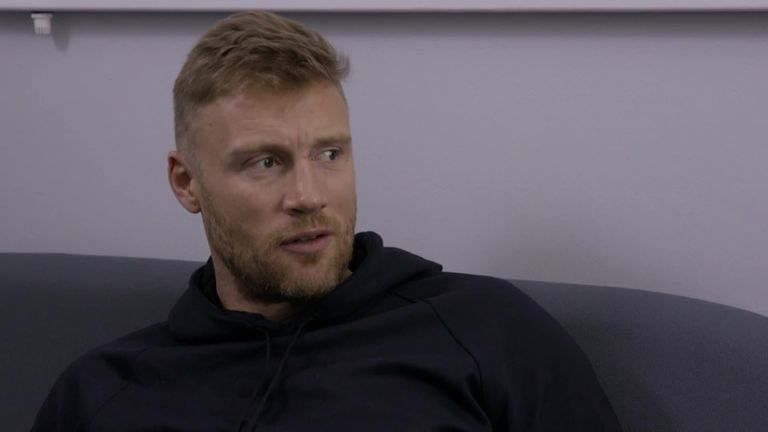 Former England captain Andrew Flintoff has admitted his career-long struggle with bulimia may have contributed to a premature end to his playing days.

During a BBC One documentary, Freddie Flintoff: Living With Bulimia, Flintoff revealed that he has suffered from the eating disorder since being shamed for his appearance by the British media at the start of his international career.

Flintoff first revealed he had suffered from bulimia in 2014, but had never sought help with the issue until filming this documentary.

Amid coming to terms with the seriousness of his condition following meetings with fellow eating disorder sufferers and medical professionals, Flintoff contemplated the impact it may have had on his international career, which came to an end in 2009 when he was 31.

"I've never even thought about it, but then it affects everything, doesn't it?," Flintoff said. "Your joints, your bones - so maybe."

Flintoff enjoyed a hugely successful international career, most memorably helping England to a first Ashes victory for 18 years in 2005, before helping his side regain the urn four years later.

Speaking about England's famous victory in 2005, Flintoff said: "The first Test of that series, I was being sick.

"Everyone is talking about how well you're doing, and there's part of you that thinks, 'it's working, let's just crack on with it.'"

Flintoff confirmed that his battle with the illness has continued beyond the end of his playing career, and that he has made himself sick after eating within the last year.

However, having learned how dangerous the condition can be, Flintoff was contemplating seeking professional help going forward.

"I don't want to be read about in years to come, that something's happened to me."