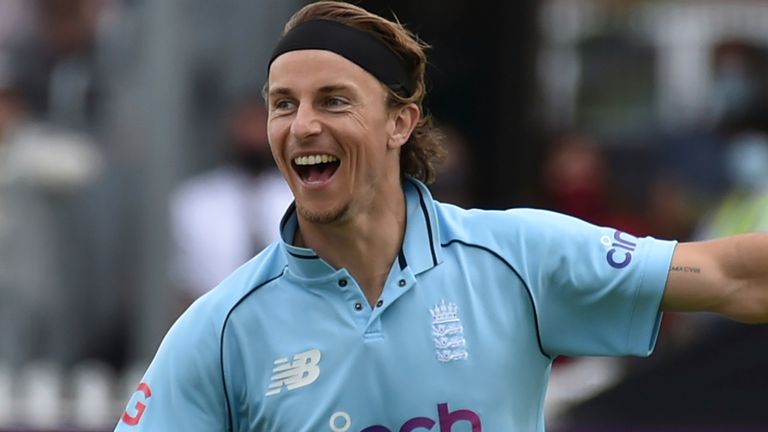 Tom Curran took four wickets as England demolished Sri Lanka for 166 before rain wiped out the run chase and denied the hosts the chance to add a 3-0 ODI series sweep to the one they achieved in the T20s.

Curran, who saw younger brother Sam take 5-48 in England's eight-wicket win in the second ODI at The Oval on Thursday, bagged 4-35 as Sri Lanka were razed in 41.1 overs in the series finale in Bristol.

However, the wet weather that had caused a 40-minute stoppage in the Sri Lanka innings returned during the interval and did not relent, meaning England were unable to pursue their target and had to settle for a 2-0 scoreline, with the match abandoned at 4.15pm.

Sri Lanka avoided a series sweep but that was one of few comforts from a tumultuous tour, which saw them suffer heavy defeats in the three T20s and first two ODIs and senior players Kusal Mendis, Danushka Gunathilaka and Niroshan Dickwella sent home for breaching bio-security measures.

Tom Curran had taken just three wickets in his previous 11 ODIs but snapped that lean streak as he ripped through Sri Lanka's middle and lower order on Sunday, with one of his wickets, that of Chamika Karunaratne (11), coming via a brilliant one-handed catch from Jonny Bairstow. 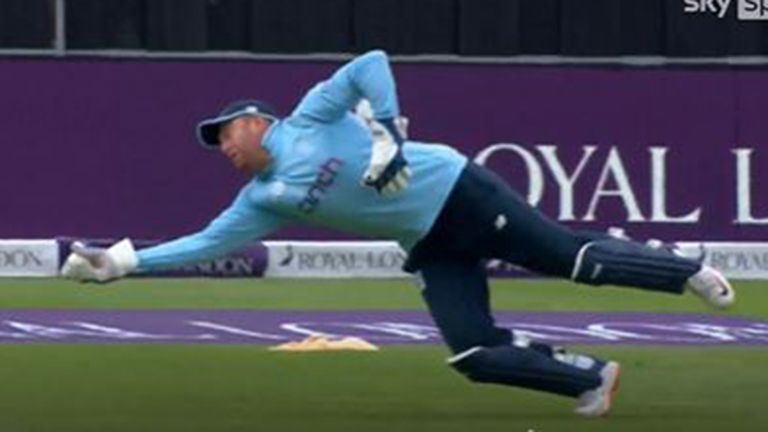 Chris Woakes (2-28) and David Willey (2-36) each stuck twice in the powerplay as Sri Lanka tumbled to 42-4 during another batting horror show, having been 21-4 inside seven overs at The Kia Oval.

Dasun Shanaka, who came in at 63-5 in the 15th over, top-scored for Sri Lanka with an unbeaten 48 but that was the sole high point as the visiting side slumped with the bat yet again.

Sri Lanka's lowly total was no surprise but England's team selection perhaps was, with the hosts opting against a raft of changes - Woakes for fellow seamer Mark Wood was the only alteration - despite the series already having been won.

That meant uncapped Sussex seamer George Garton was left waiting for his debut and that there was no outing for Somerset batsman Tom Banton.

Both could yet get an opportunity in the three-match series against Pakistan which starts in Cardiff on Thursday - a set of games which will hopefully prove far more competitive than the clashes with Sri Lanka.

Damp conditions, allied to Sri Lanka's batting woes, meant England skipper Eoin Morgan elected to bowl after winning a toss in Bristol that was delayed by 10 minutes due to the inclement weather - and that decision paid off as the away side lost a series of early wickets yet again.

Woakes made the first breakthrough as Sri Lanka captain Kusal Perera (9) dragged a full ball on to his stumps as he looked to drive expansively.

Sri Lanka had been 19-0 after two overs but then subsided, with Perera's exit off Woakes in the third over followed by Willey dismissing Avishka Fernando (14) lbw on review in the sixth and then having Pathum Nissanka (6) caught behind by Bairstow on the drive in the eighth.

Woakes left Sri Lanka four down an over later as Dhananjaya de Silva (4) failed to back-up his run-a-ball 91 last time out - the batsman hooking a well-directed short ball straight to Adil Rashid at fine leg.

Curran then assumed the wicket-taking mantle, having the recalled Oshada Fernando (18) caught at mid-off by Woakes and then Wanindu Hasaranga (20) pouched by Willey at deep square as yet another Sri Lanka batsman in this series departed to a bouncer.

The Curran-Bairstow combination brought about the next two wickets, with the latter leaping full stretch to his right to catch Karunaratne and then snaffling a more routine grab as Binura Fernando (7) snicked behind shortly before rain stopped play.

Curran pressed for a five-for upon the restart, beating the edge of Dushmantha Chameera (16) a couple of times in his final over, but it was Rashid who ousted the tailender as Bairstow completed a stumping - revenge for Rashid after Chameera had thumped his first two deliveries after the rain break for four.

Shanaka was then eyeing up a fifty after tonking Sam Curran for four and Rashid for six but was left stranded two runs short as a comical run out - which brought a fitting end to another haphazard batting effort - saw Asitha Fernando (0) run out without scoring.

England will hope for a stiffer test in the three ODIs and as many T20Is against Pakistan, with Sri Lanka now targeting an improvement in fortunes when they host India for the same number of games later this month.