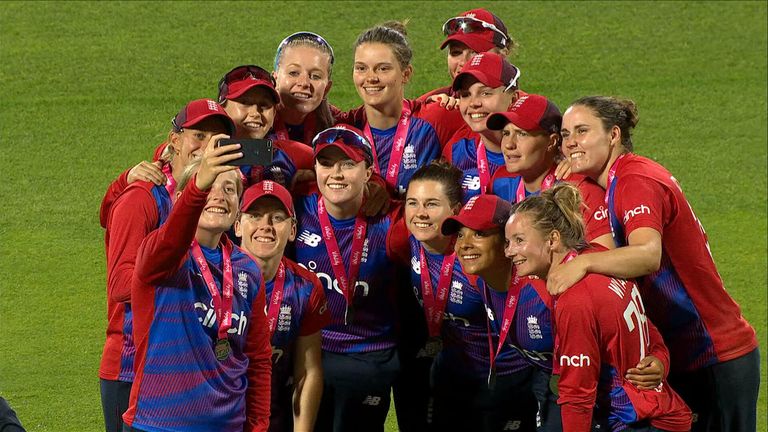 Danni Wyatt smashed an unbeaten 89, off 56 balls, as England clinched a 10-6 victory in their multi-format series with India courtesy of an eight-wicket win in the third and final T20I in Chelmsford on Wednesday night.

Chasing 154 to win, Wyatt shared in a 112-run stand for the second wicket with Nat Sciver (42 off 36), and though Sciver fell 22 short of the victory target, Wyatt struck the winning runs with eight balls to spare.

A win for India would have seen them instead claim the T20 leg of their tour 2-1 and tie the multi-format series, and they looked to be in with a chance when posting a decent total of 153-6 after electing to bat first.

The visitors' prospects improved further when Deepti Sharma (1-29) trapped Tammy Beaumont for 11 in the fourth over, but a welcome return to form for Wyatt - who was dropped for the ODI leg of the series - saw England to victory.

Earlier, veteran England quick Katherine Brunt (2-27) won her personal duel with 17-year-old superstar opener Shafali Verma, bowling her for a two-ball duck in the opening over. 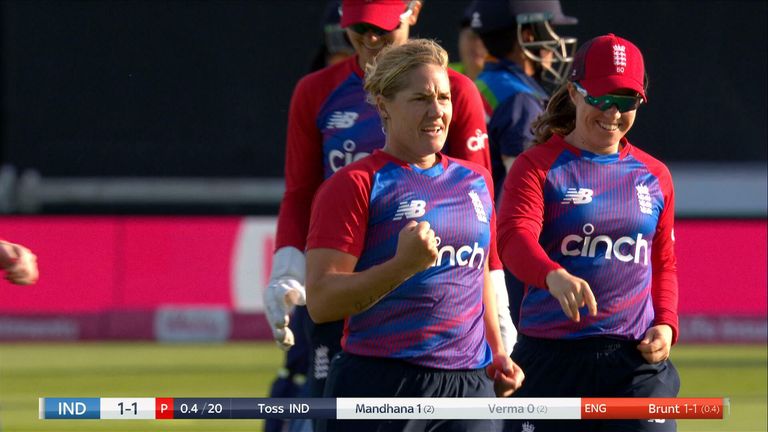 Harleen Deol (6) did not hang around long, picking out Sciver at short midwicket, who took a great low catch diving forward, but Mandhana and India captain Harmanpreet Kaur then rebuilt.

Brunt returned to take the key wicket, Mandhana holing out to deep midwicket for 70, while Sophie Ecclestone (3-35) claimed a couple late on as India inched over 150.

England's collapse when chasing a similar score of 149 in Hove on Sunday will have been fresh in the memory but, despite the early loss of Beaumont, there were no such wobbles on this occasion. 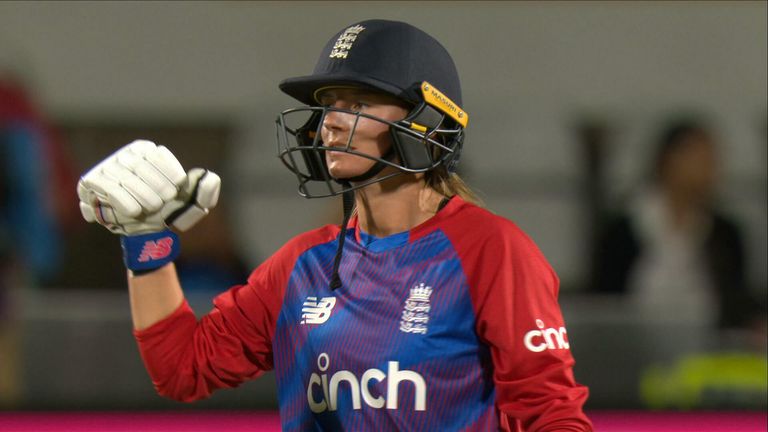 Wyatt brought up her eighth T20I half-century, and first in 19 games, off 33 balls, and went on to strike 12 boundaries and one six, with the opener particularly strong when hitting over the top straight down the ground or into the covers.

Sciver, meanwhile, was a perfect foil and kept up her recent fine form. Sneh Rana (1-27) snuck one through her defences in the 17th over, but there was to be no late collapse from the hosts on this occasion. 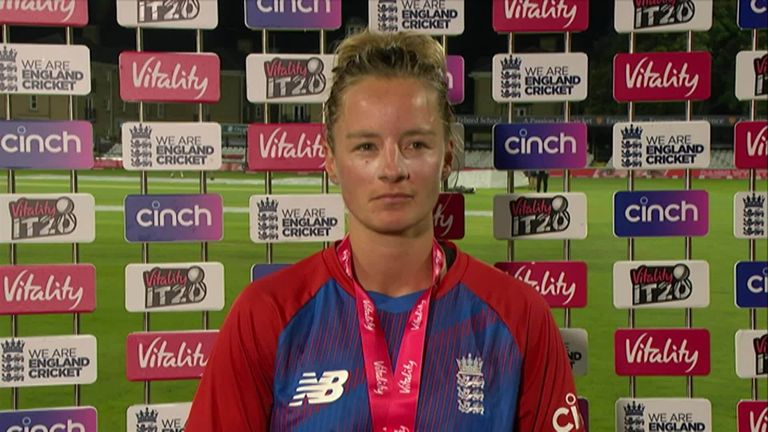 Player of the Match, Danni Wyatt: "It's about time. But I really enjoyed batting out there tonight - it was my night - and I'm really pleased to get the series win.

"There's always pressure playing for England. You've just got to embrace it and try to do what I do best and enjoy it." England captain Heather Knight: "I'm really pleased with the girls. We talked about the game at Hove and being more ruthless, wanting to take responsibility as individuals to be the one to win games.

"The way Danni played today was outstanding. I'm really pleased for he, she's obviously had a bit of a tough time after not making it into the ODI squad, but she has put her head down and worked really hard."