England lost their last seven wickets for just 45 runs on the opening day at Trent Bridge; Joe Root provided spirited resistance with a classy 64, but familiar failings with the bat saw India seize control of the first Test

Sir Andrew Strauss admitted to feeling 'dejected' by England's display on the opening day of the first Test, after familiar failings with the bat saw India dominate at Trent Bridge.

However, the hosts capitulated in abject fashion midway through the evening session, losing their final seven wickets for just 45 runs to slump to 183 all out. 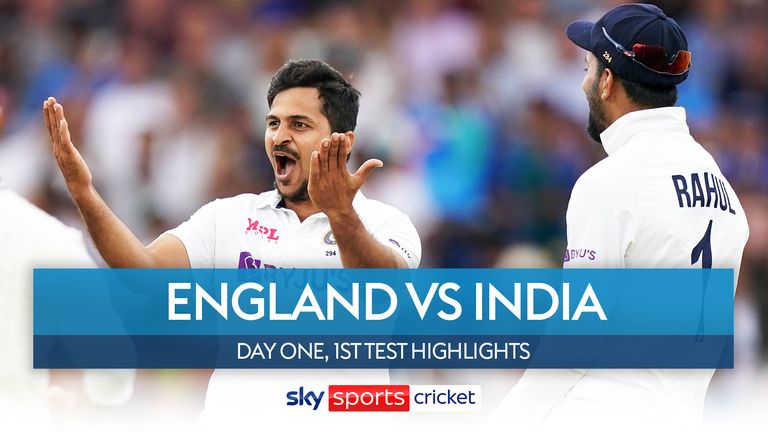 "I thought the Indian bowlers were outstanding today, hunting in packs, they were very accurate and built pressure on the England batsmen," Strauss told Sky Sports.

"It's hard not to feel pretty dejected as an England fan right now. Those issues we've had about batting have come right to the surface on day one of the series.

"There is still a lot of cricket obviously to be played in this Test match. I think Virat Kohli talked about some scarring with English batting. If there are scars, they are pretty wide open right now." 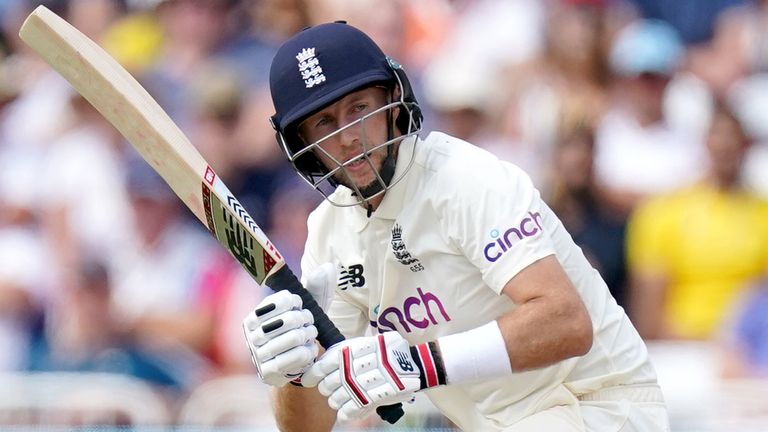 "That old adage: 'If you get in, go big'. England haven't done that for a long time now, and yet again it falls on Joe Root to hold the team together."

England's fragile batting was lambasted following their series defeat to New Zealand in June, as a middle-order collapse at Edgbaston brought an end to their proud unbeaten record on home soil.

Root (64) was the shining light on a tumultuous opening day at Trent Bridge; he became England's leading run-scorer across all formats earlier in the day, before going on to register his 50th Test match half-century.

Jonny Bairstow (29) and Zak Crawley (27) made starts before succumbing to Shami and Siraj respectively, while Sam Curran (27*) played an enterprising late cameo, but England's reliance on Root remains a major concern.

"It is a reoccurring theme. We have seen a lot of it over the last 18 months or so. What I struggle with is those batsmen that got in and then got out," Strauss continued.

"You look at Sibley who battled hard for 18, you look at Crawley who got 27, you look at Bairstow who got 29 - they then get out and the new batsmen come in and that gives the India bowlers something to work with again.

"That old adage: 'If you get in, go big'. England haven't done that for a long time now, and yet again it falls on Joe Root to hold the team together."

England's bowlers were tasked with trying to salvage some consolation in the final hour of play, but India's openers Rohit Sharma and KL Rahul produced a defensive masterclass as India ended the evening's play unscathed on 21-0.

Jimmy Anderson bowled just three overs before being replaced by Ollie Robinson, and given the favourable conditions for swing bowling, the absence of England's talisman in the closing stages raised eyebrows.

"I found it very surprising. The ball was swinging, it was overcast, the lights were on. That was tailor-made for Jimmy Anderson," Strauss added.

"Let's have a look at that, let's hope it is not an injury or anything like that. The India batsmen looked very assured; they looked like they were backing their technique.

"That is something at the moment the England batsmen aren't doing. They look like they are questioning their technique, rather than backing it."

Watch day two of the first Test between England and India at Trent Bridge from 10.15am, Thursday on Sky Sports The Hundred and Main Event.