India Test captain Virat Kohli: "We play together, play to win and we don't let anyone, any opposition take us lightly. We know and they know that we're always going to compete and find ways to win games of cricket"

India captain Virat Kohli has said that while he is reluctant to break up a winning team, he is tempted to play off-spinner Ravi Ashwin in the third Test against England starting on Wednesday.

India are 1-0 up in the five-match series after drawing the first Test at Trent Bridge and winning the second at Lord's by 151 runs - both games in which Ashwin, the current second-ranked Test bowler in the world, was left out.

But, after an early look at the Headingley surface, Kohli told reporters: "As far as Ashwin's playing is concerned, we're quite surprised to see the pitch.

"I thought there'll be more grass on the pitch and it'll be more spicy and lively, but it wasn't the case. So, yeah, anything is possible.

"We always name our 12 and then on the day, we have a look at the pitch and what it could become on day three, day four and accordingly we will go in with the right combination."

Kohli added that, barring injuries, his preference would be to retain a winning team: "You don't want to disturb or interrupt a winning combination, especially when the team has achieved such an incredible win in the second Test and are even more excited to take the field again."

The Indian captain, who said on-field 'tension' helped motivate his side to beat England at Lord's last week, also told reporters that his team "won't back down". 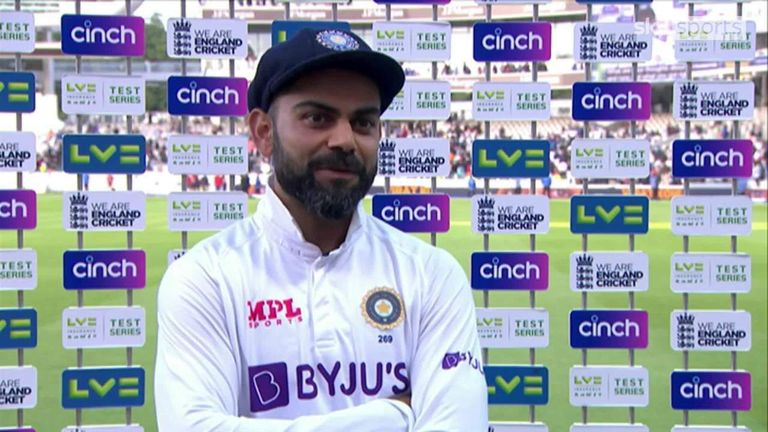 "I cannot give you the details of the words that were spoken - that's for the cameras and the stump mics to pick that up," Kohli said in relation to the incident that got his back up on the final morning of the second Test.

"What is said on the field and done in the moment gives you extra motivation, as I said after the game, to get together even more strongly as a team.

"When you're playing competitive sport, these kinds of things happen, but it's about what you do after that situation, or how you get up from it, that matters.

"It was very satisfying after what transpired on the morning of day five, and it just showed that this team is not going to back down and take a backward step when provoked.

"We play together, play to win and we don't let anyone, any opposition take us lightly. We know and they know that we're always going to compete and find ways to win games of cricket."

Watch day one of the third Test between England and India at Headingley, live on Sky Sports Cricket from 10am on Wednesday.