India bowled England out for just 120 to complete a 151-run victory in the second Test at Lord's and take a 1-0 lead in the series; watch the third Test between England and India live on Sky Sports Cricket and Sky Sports Main Event from 10am on Wednesday, August 25

India captain Virat Kohli says on-field "tension" surrounding Jasprit Bumrah served to fire his side up as they completed a crushing 151-run victory over England at Lord's.

Bumrah was involved in barbed exchanges with England fielders while batting on the final morning as he shared an unbroken 89-run partnership with Mohammed Shami to lay the foundations for India's success.

That friction stemmed back to the third evening of the match, when Bumrah had subjected England tailender James Anderson to a fusillade of short-pitched deliveries, including one that struck him on the helmet.

"What happened at the end of our second innings with the bowlers, that bit of tension really helped us and charged us up and motivated us to finish this game off," said Kohli.

"It takes a lot of character to bat like that under pressure, as bowlers who don't often bat, and they then charged out and took the new ball and got us two breakthroughs as well, which was crucial for us.

"So that was one of our focuses, the batting coaches really worked hard with the boys and when they're walking out to bat, they believe they can stay there and get runs for the team.

"I think that belief was missing but now they have the desire to stay there and do the job for the team and we know how priceless those runs are. That proved to be the case today."

Bumrah, who finished on 34 not out and Shami, unbeaten on 59, enabled Kohli to declare shortly after lunch with an overall lead of 272, giving his bowlers 60 overs to win the Test.

The seam duo then removed both England openers for ducks within the first 10 balls of their reply and fellow paceman Mohammed Siraj went on to excel with figures of 4-32 as the hosts were dismissed for 120.

"We decided we were going to have a crack at them with 60 overs," Kohli added. "I didn't want to walk off the field later thinking 'what if we had four or five more overs left?'. 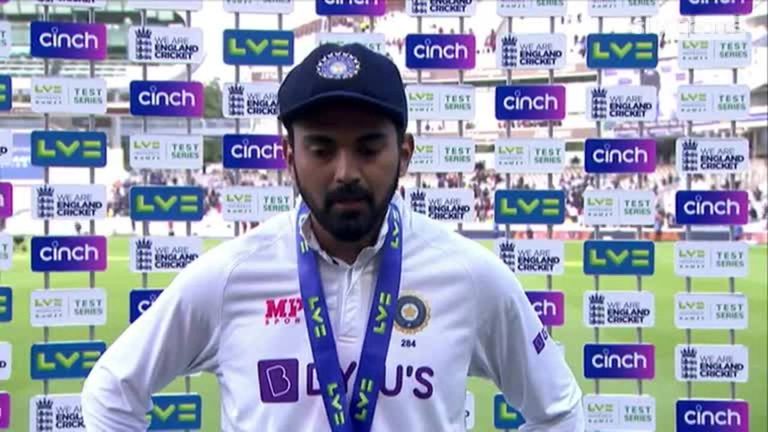 "We had the belief we could get them out in those 60 overs and the bowlers were outstanding - especially for someone like Siraj, playing at Lord's for the first time.

"We've got three matches left in the series and we're not going to sit on our laurels and take it easy. If anything we're going to get more intense in what we do in the next three games."

Watch day one of the third Test between England and India, from Emerald Headingley, live on Sky Sports Cricket and Sky Sports Main Event from 10am on Wednesday, August 25.