England captain Eoin Morgan delighted to have families present with squad for T20 World Cup in Middle East and he says strict Covid protocols are not sustainable for the long term; watch T20 World Cup live in full on Sky Sports between now and November 14 England captain Eoin Morgan has reiterated that he would be prepared to drop himself if he thought it would help the team win the T20 World Cup.

Morgan's form has been the subject of much debate ahead of the tournament after he struggled for runs when playing for Kolkata Knight Riders in the IPL, averaging just over 11 with four ducks.

He also notched only 49 runs in four innings for England in T20 internationals against Pakistan and Sri Lanka during the summer, although he admits hitting big scores can be difficult when batting at No 6 in the format.

Morgan, who led England to the 50-over World Cup title in 2019 and the final of the previous T20 World Cup in 2016, remains happy in his role as skipper. He will lead the side in their final warm-up game against New Zealand on Wednesday - live on Sky Sports Cricket - before their tournament-opener against West Indies on Saturday.

The 35-year-old will be hoping for a confidence-boosting score against the Black Caps, but he accepts he could be dropped during the tournament if he continues to misfire despite his previous record as skipper.

"It's always something I've said, that [being dropped] is always an option," he said. "I'm not going to stand in the way of the team winning the World Cup. Obviously I've been short on runs, my captaincy has been pretty good as it goes. But yeah is the answer."

Morgan does not believe there is any additional pressure on his batting due to leading the side and remains confident of rediscovering his form.

"I've always managed to compartmentalise both and treat them as two different challenges," he added. "Obviously not being a bowler and getting a bit older and not contributing in the field, I've loved the role of being a captain - two bites at the cherry when it comes to impact on the game. 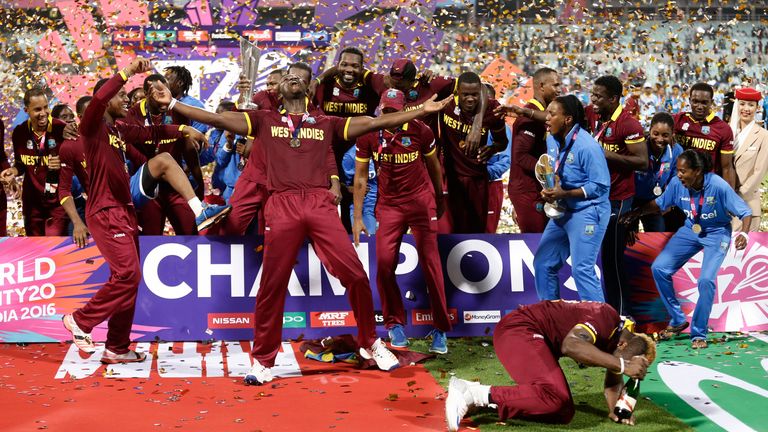 "As regards my batting I guess I wouldn't be standing here if I hadn't come out of every bad run of form that I've ever had. And being the nature of T20 cricket and where I bat it means I always have to take my higher-risk options and I've come to terms with that.

"It's just something you deal with, it's the nature of the job, so I am going to continue to take those risks if the team dictates that they need them. If they don't, I won't." 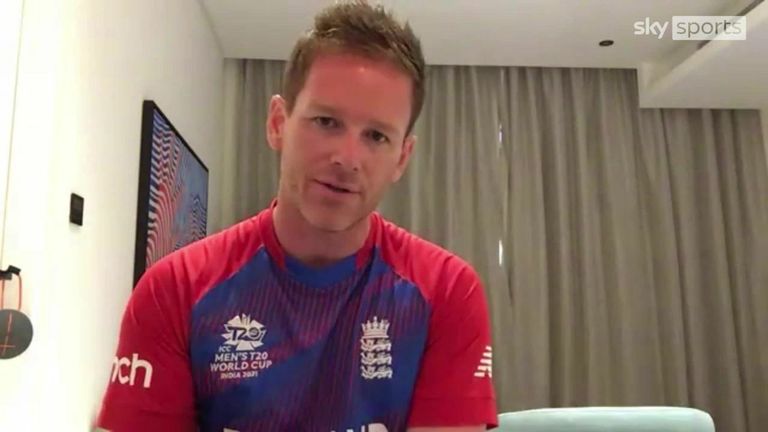 One aspect of the T20 World Cup which Morgan is pleased with is, is the presence of the players' families, as he believes his side cannot continue playing under strict Covid protocols for much longer.

"I think it's brilliant," he said. "Previously when families could just come and go as they please without there being any Covid measures to consider we can all safely say we took it for granted.

"I think having families around has been excellent and there are more coming out. They play an integral part of our career and to have them around for such a big event and big moment in anybody's career is great."

When asked about the difficulties of playing and living in 'bubbles' he added: "It's being confined, it's having to abide by quite stringent rules and protocols every day. Yes they are getting more lenient and it's coming up to quite a considerable period of time that we have been adhering to all of these.

"I still maintain the fact that I don't think they can last much longer because it's just not sustainable to ask human beings to do this and then go and perform at a high level."