Counties who do not meet certain expectations within the 12-point plan risk having their ECB funding reduced; Azeem Rafiq told Sky Sports News the 'floodgates' are about to open on cricket's racism crisis following his damning account during a DCMS hearing

The chairs of the 18 first-class counties will meet with representatives from the England and Wales Cricket Board (ECB) and the Professional Cricketers' Association to discuss a one-point agenda on equality, diversity and inclusion within English cricket.

First-class counties are being asked to sign up to a 12-point action plan to improve the situation within the game after Azeem Rafiq's evidence on Tuesday in front of the Department for Digital, Culture, Media and Sport (DCMS) committee.

There is a feeling certain counties remain a long way behind in terms of action plans for children and the continuing lack of diversity within coaching teams and boardrooms that needs to improve rapidly.

Counties who do not meet certain expectations within the 12-point plan risk having their ECB funding reduced.

It is understood the role of the ECB chair and the position of Tom Harrison, the chief executive, are not on the agenda for the meeting at the Oval, although the members may decide that it needs to be discussed.

Rafiq's ex-Yorkshire team-mate Jack Brooks has been reprimanded by Somerset, his current club, and will be required to undergo training on diversity over historical tweets that included racist language.

Alex Hales has denied he named his own dog after a racial slur and said he will "co-operate with any investigation" following the DCMS hearing. 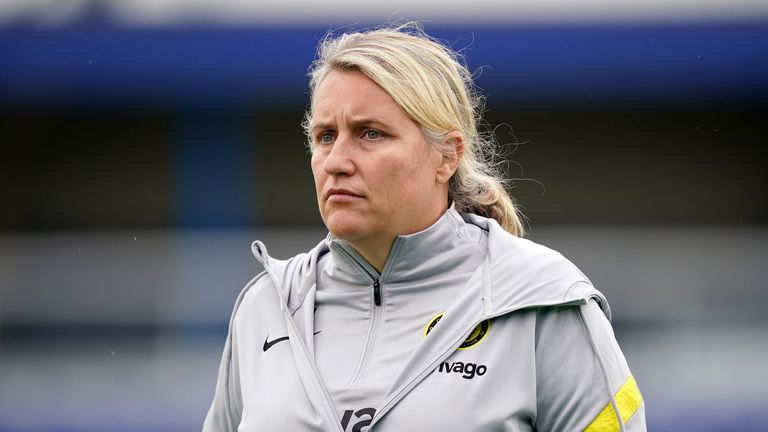 Former England captain Vaughan "completely and categorically" denies the allegation from Rafiq that he made a racist comment towards him and other Asian players before Yorkshire's match against Nottinghamshire in 2009.

Sky Sports pundit David Lloyd has apologised to Rafiq after he was accused of making a racist comment towards him, and Sky has launched an investigation into the claims.

Rafiq apologises for antisemitic comments he sent in 2011

Azeem Rafiq has apologised for making antisemitic comments in a message exchange with another cricketer in 2011.

The ex-Yorkshire player admitted making the remarks after evidence was revealed by The Times on Thursday.

Rafiq said he was "ashamed of this exchange" while saying sorry to the Jewish community "and everyone who is rightly offended by this" but insists he is a different person today.

Rafiq said: "I was sent an image of this exchange from early 2011 today (Thursday). I have gone back to check my account and it is me. I have absolutely no excuses.

"I am ashamed of this exchange and have now deleted it so as not to cause further offence. I was 19 at the time and I hope and believe I am a different person today.

"I am incredibly angry at myself and I apologise to the Jewish community and everyone who is rightly offended by this."

The cricket club where Rafiq claims he was forced to drink alcohol as a 15-year-old Muslim has pledged to investigate the incident.

In his appearance in front of the DCMS committee earlier this week, the former Yorkshire player said he was pinned to the floor and red wine poured down his throat.

Barnsley Woolley Miners Cricket Club - formerly Barnsley Cricket Club when Rafiq played for them in 2006 - said initial enquiries had produced no record of the incident but urged the now 30-year-old to approach them.

"The club takes this very seriously," said a statement. "We did initiate a search of our welfare records and contacted our former safeguarding officer and there is no record of any incident being reported at that or any other time.

"We repeat, if Azeem wants to provide those details, we will of course initiate an investigation.

"For the record, the cricket club would not have allowed such behaviour to take place unchallenged if it had been aware.

"We would also welcome any independent investigative body to provide the transparency that a serious allegation of this nature deserves."

Speaking to Sky Sports News the day after he delivered his damning testimony on the abuse and bullying he suffered during his time at Yorkshire to the DCMS committee, Azeem Rafiq said the "floodgates" are about to open on cricket's racism crisis.

There have already been allegations of racism at Essex within the last week while Nottinghamshire, Middlesex and Leicestershire were also named during the DCMS hearing, and Rafiq believes more stories regarding other counties will emerge in the coming days.

"I don't think I'm still aware of how much it's struck home with so many people. We've got to make sure this doesn't become about me and it's about how now we listen," Rafiq told Sky Sports.

"I do feel now it's going to be a little bit of floodgates and a lot of victims of abuse are going to come forward. We need to listen to them, hear them, support them and work out a plan to make sure this doesn't happen again.

"I think you're going to get it [complaints] into the hundreds and thousands, possibly, and I think it's the way they handle it. We've got here because of Yorkshire's handling of this.

"Yes, what happened was completely unacceptable, but the way they've handled it has made it a lot bigger and showed them for what they are, so it depends how the game and individual counties handle it.

"I think the ECB have realised they messed up as well and they're not going to let another episode like this occur."

DCMS chair Knight: 'Cricket needs a Kick It Out'

Cricket would benefit from a Kick It Out-style organisation in the wake of the Rafiq racism scandal, according to DCMS chair Julian Knight MP. 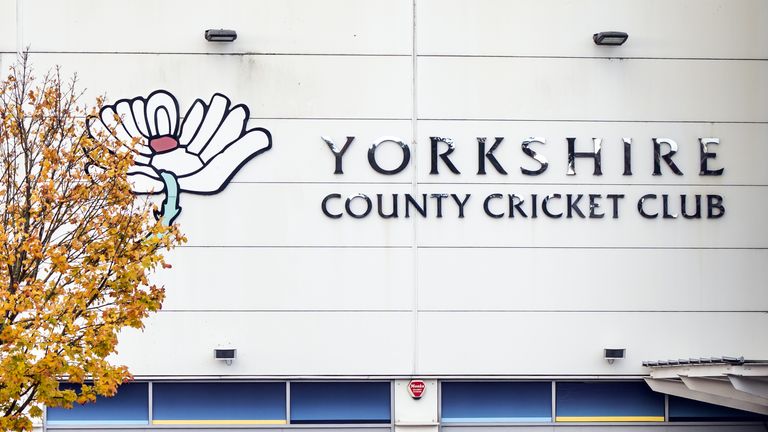 "I feel as though I have been complacent. I did not think that it [cricket] was systemically racist," Knight told Sky Sports News on Wednesday.

"There was clearly a serious problem at Yorkshire, and there may have been instances elsewhere, but we can't put anything off the table.

"We need a 'Kick It Out' for cricket, like in football. The idea that we can have people using these phrases, harassing, bullying, excluding individuals such as Mr Rafiq... it is utterly almost beyond comprehension.

"But we need to understand it, and ensure that going forward we have a sport that is transparent and clean. That means complete governance reform in my view.

"It isn't a quick fix, it's more deeply rooted than I thought when I started off in this inquiry a few months ago.

"We need to make sure the ECB has the powers in place to get a hold of the counties so we do not have a repeat of what we have seen at Yorkshire.

"The racism has been exacerbated by the report and the way the investigation was conducted by Yorkshire, which in my view looked as if it was a means by which to keep Mr Rafiq quiet and out of the public domain.

"It took a parliamentary session to ensure that, after several years, Mr Rafiq was able to speak the truth."