The Ashes: England suffer yet another batting collapse as Australia retain control in Adelaide

England lose four wickets for 19 runs and last eight for 86 as Australia continue to dominate pink-ball Test; Joe Root and Dawid Malan had lifted tourists to 150-2 but familiar batting struggles then resurface before Australia extend lead to 282 by stumps

England suffered a third dismal batting collapse in as many Ashes innings as Australia tightened their grip on the pink-ball Test on day three in Adelaide, with their lead standing at 282 by stumps.

Dawid Malan (80) and Joe Root (62) ensured Australia went wicketless in the first session, with the pair extending their stand to 138, and England's score from its overnight 17-2 to 150-2, shortly after the dinner break.

However, Australia then picked up four wickets for 19 runs as Root, Malan, Ollie Pope (5) and Jos Buttler (0) were all caught playing loose strokes and England were eventually rolled for 236 in 84.1 overs in blameless conditions.

The latest batting malfunction followed England being torpedoed for 147 and then losing eight second-innings wickets for 74 runs during last week's nine-wicket defeat at The Gabba in Brisbane. 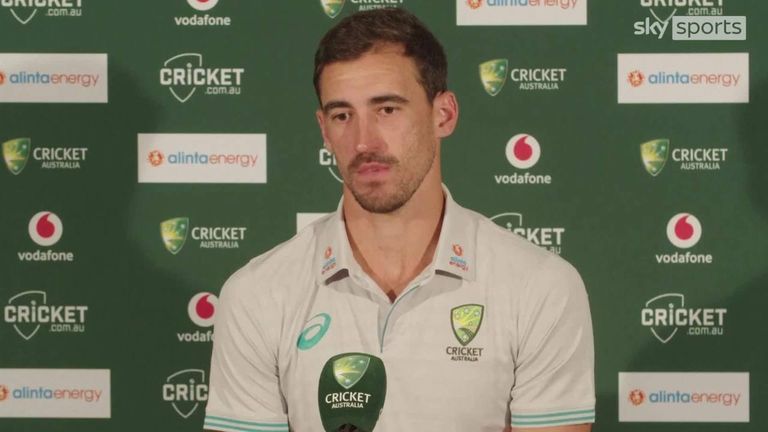 Root's side trailed by 237 runs on first innings in Adelaide on Saturday, but Australia captain Steve Smith opted against enforcing the follow-on, with the hosts closing on 45-1 in their second dig.

Marcus Harris (21no) and David Warner (13) were not overly troubled by England's seamers, with Warner's exit coming via a run out after a mix-up with Harris, leading to Michael Neser (2no) entering as nightwatchman.

England's final eight first-innings wickets had gone down for 86 as Mitchell Starc finished with 4-37 and Nathan Lyon with 3-58, while Cameron Green - who dismissed Root and Ben Stokes (34) - bagged 2-24.

Australia are well on course to move into a 2-0 lead over the coming two days, with England probably hoping the rain forecast for Adelaide on Sunday arrives in droves.

A lightning strike had come to England's aid late on day two, ending play early after Rory Burns (6) and Haseeb Hameed (4) had fallen under the lights against the new pink ball once Australia declared on 473-9.

Root and Malan found batting much easier in the daylight during Saturday's early stages, with the skipper completing a 52nd Test fifty and Malan a ninth, from 91 and 86 deliveries respectively, as the absences of Pat Cummins and Josh Hazlewood started to show for Australia.

Malan, after a few nervy inside-edges, settled down and produced an array of quality offside shots, while the classy Root's boundaries included a one-bounce four off Lyon after stepping down the pitch.

Root, though, failed to turn an eighth Test fifty in Australia into a first century in the country as, shortly after passing 1,600 runs for the year in Test cricket, he fiddled outside off stump and edged a ball from Green he need not have played through to Smith in the cordon. 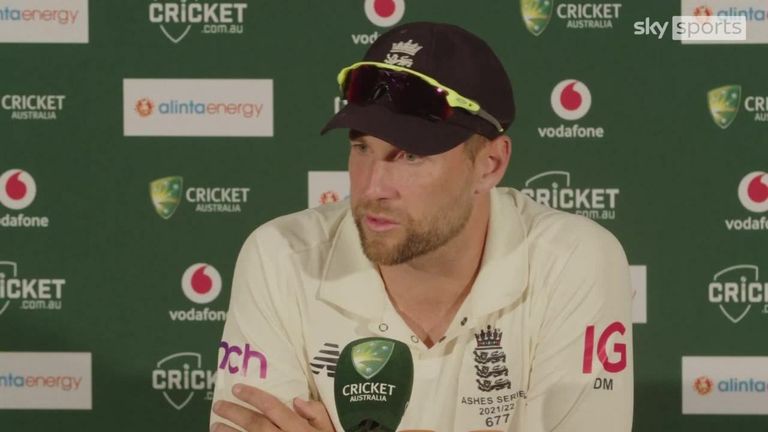 Malan soon followed - Smith the catcher again at slip as the left-hander was cramped for room on the cut by Starc - while Pope flicked Lyon to short leg after advancing down the wicket, two balls after he had successfully overturned a bat-pad dismissal with the ball hitting elbow, not bat.

Buttler was dismissed for a 15-ball duck, driving loosely at Starc and edging through to Warner, as his miserable Test continued - Buttler having dropped Marnus Labuschagne on 21 and 95 on day one.

Stokes, who took 24 balls to get off the mark, put on 33 with the more adventurous Chris Woakes (24 off 40) from 169-6 but then started to ignite once Lyon accounted for both Woakes and Ollie Robinson (0), spanking Green for four and Lyon for four and six as he farmed the strike.

Green responded by forcing Stokes to drag onto his stumps, while Stuart Broad (9) was last out flapping Starc into the covers having added 16 - the joint third-highest stand of the innings - with James Anderson (5no).