Women's Test ends in a draw with rain ending England's bid for victory at Taunton; nightwatcher Thumi Sekhukhune leads South Africa's rearguard with unbeaten 33 from 134 deliveries; sides take two points each in multi-format series, which continues with first ODI in Northampton on July 11 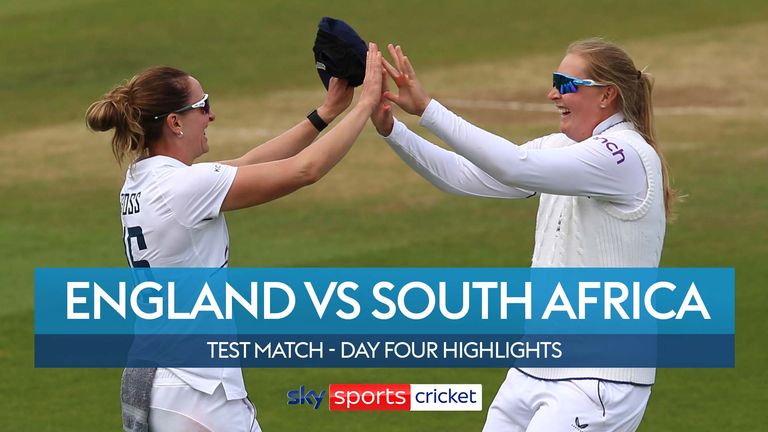 England were thwarted by rain and dogged South Africa batting as the four-day LV= Insurance Women's Test at Taunton ended in a draw.

An initial downpour forced the players from the field shortly before lunch, with South Africa 140-5 and holding a slender seven-run lead.

The weather relented briefly to allow 11 overs before tea but then returned with the Proteas having extended their advantage to 48, and their score to 181-5, through diligent nightwatcher Tumi Sekhukhune (33no off 134 balls) and the more aggressive Marizanne Kapp (43no off 58).

The second deluge led to the day being abandoned, meaning the sides take two points each in the multi-format series which continues with three one-day internationals, starting in Northampton on July 11, and as many T20Is.

With the third day in Somerset also largely wrecked by rain, the ever-growing argument that Women's Test matches should be played over five days has picked up even greater weight.

England blew the chance to dismiss Sekhukhune before tea with Sophie Ecclestone grassing at slip as the left-hander fenced nervously at a back-of-a-length ball from the impressive Issy Wong (2-46).

But that was one of the rare loose strokes Sekhukhune played as she showed aptitude with the bat that belied her usual spot as a tailender, lasting more deliveries in this innings than she had faced in her entire international career before. 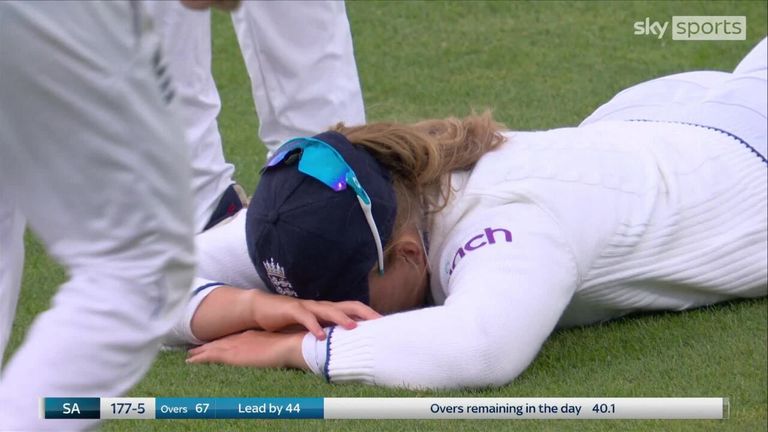 Sekhukhune shared half-century partnerships with Lizelle Lee (36) - who herself had been dropped on 13 - and Kapp, having strode to the crease on Thursday morning with South Africa 55-3 and 78 runs in arrears.

England's hopes of a win had been boosted late on day three when Wong picked up the wickets of Lara Goodall and Laura Wolvaardt.

The home side then struck in the ninth over on day four when Kate Cross pinned South Africa captain Sune Luus lbw for 10, the batter struck by a nip-backer as she aimed to clip leg-side.

However, England had to wait 15 overs for their next wicket, which came when Lee skied left-arm spinner Ecclestone into the covers and Cross took a superb catch running back from mid-off. Lee could, and perhaps should, have fallen 25 minutes earlier but wicketkeeper Amy Jones grassed a one-handed chance leaping to her right after the batter had slashed loosely in Wong's first over of the day - England squandering the opportunity to reduce South Africa to 89-5.

The Proteas still trailed by 44 at that point but by the time Lee departed that deficit had been cut to 15 as the right-hander bossed a 54-run stand with Sekhukhune.

England's tactics were arguably a little odd, with leader of the attack Cross not called into action until 25 minutes in and Wong forced to wait over an hour for her first involvement despite bowling a sizzling, two-wicket spell under the lights the previous evening.

South Africa's first-innings centurion Kapp stroked the Proteas into the lead with a cover-driven boundary off Ecclestone shortly before rain forced the players from the field - this shower more sustained than the brief one that the teams had played on through earlier on in the morning.

England got another brief shot at South Africa later on - when once again Wong was not given the ball immediately.

The day ultimately ended in frustration for England but they will be heartened by the performances of their four debutants across the Test. 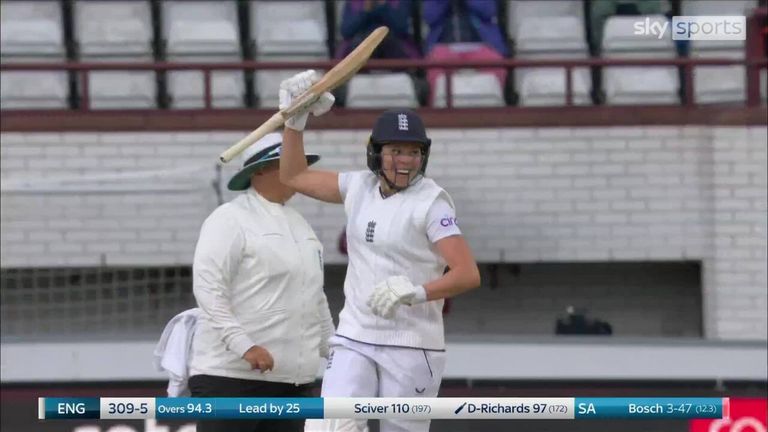 All-rounder Alice Davidson-Richards scored a century, sharing a 207-run stand with Nat Sciver in the first innings as England recovered from 121-5 to 417-8 declared, while opener Emma Lamb compiled a promising 38.

Some of the senior figures stepped up, too, with Sciver hitting an unbeaten 169, the fourth-highest score by an England women player in Tests , and Cross revelling in her role as bowling spearhead following the retirements of fellow seamers Shrubsole and Katherine Brunt.

Watch day one of the rescheduled fifth LV= Insurance Test between England and India, at Edgbaston, live on Sky Sports Cricket on Friday. Coverage starts at 9.30am, with play getting under way at 10.30am.