"It's always very special memories coming back home to Canterbury and the crowd always get behind us"; England opener Tammy Beaumont reflects on a second century on her home ground in a comprehensive 203-run win over New Zealand in the fifth ODI 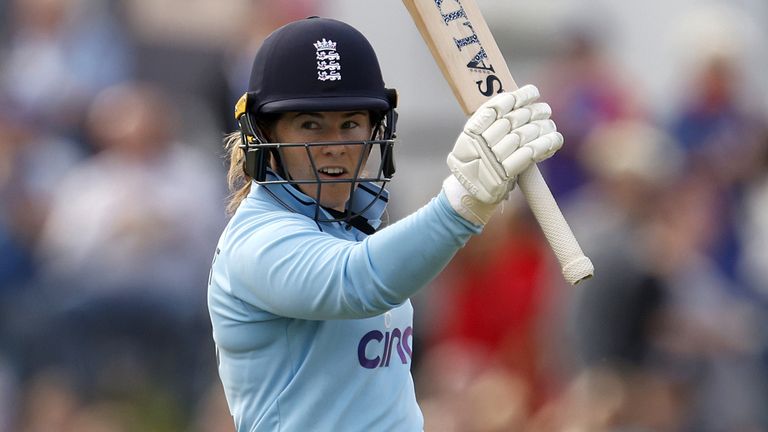 Tammy Beaumont hailed the "special moment" she struck a century as England stormed to a massive 203-run victory in their final match of the summer and the series against New Zealand at Canterbury.

The Kent-born batter scored 102 for her eighth one-day international hundred as England put on an impressive 347-5 from their 50 overs.

New Zealand were always behind in the chase and lost regular wickets, slumping to 144 all out in the 36th over, with Lauren Down and Brooke Halliday top-scoring with 27 each.

"For me, it's always very special memories coming back home to Canterbury and the crowd always get behind us, so to score runs here I'm really, really happy with it," Beaumont said.

Only three women have scored more ODI centuries than the England opener, who played with confidence on her home ground, bringing up her 102 from 114 deliveries as England scored over 300 in a white-ball match for the first time this summer. 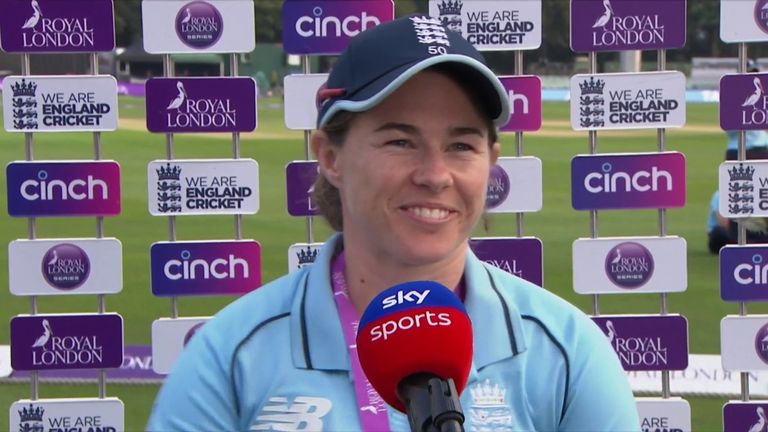 "(I think) that's kind of the blueprint you could say for how we want to go about batting in one-day cricket and it's nice to finally put together in on the last game of the series," the England opener said.

"I think as a batting unit we've probably been quite under par at times and a few of us put up our hands today and it was really nice to kind of show what we can do and probably get a bit of whatever off my back."

It was a busy summer for England's women, with a multi-format series against India, the inaugural Hundred competition and a Twenty20 and ODI series against New Zealand.

"I think, you know, (it has been) one of the longest summers I think that the Covid protocols haven't necessarily helped that time," Beaumont said.

"So, yes, it's really nice to cap off with a 4-1 series win and go pretty well throughout this series with a lot of series wins and really good performances so it's been a really good summer of women's cricket and we're really happy with the win today."

The home side were aided by New Zealand's bowling and fielding, with England opener Lauren Winfield-Hill dropped four times on her way to 43.

The visitors bowled 27 extras and made eight drops after winning the toss and putting England in to bat, and New Zealand batter Amy Satterthwaite made no apologies for the errors. 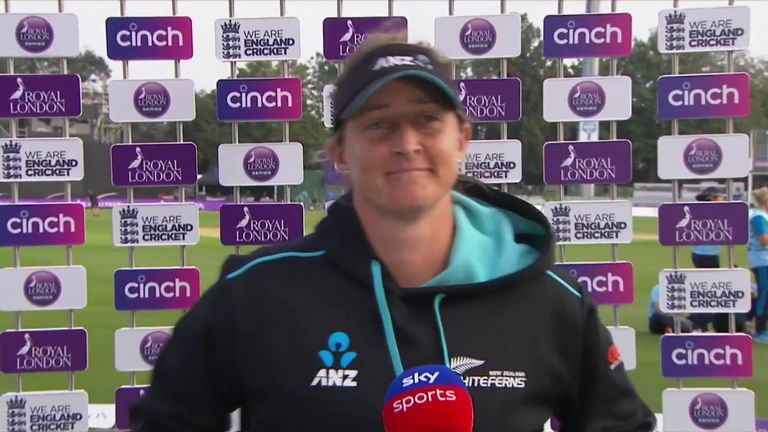 "We had probably the worst day of the whole tour," she said. "Which is really disappointing in terms of where we've got to as a group and what we've shown in the last two games... to finish like this, we're gutted that we weren't able to finish on a more positive note.

"But I think we made more errors today, we misfielded a lot, dropped catches, missed with the ball. I think in every area of the first innings of the game we really missed and when you do that against a world-class side it's really going to hurt you and that's what happened today."