England coach Chris Silverwood says Dawid Malan understood decision to slip him down the order as side chased quick runs against West Indies; Silverwood offers positive update on Mark Wood's fitness; England in action vs Bangladesh on Wednesday, live on Sky Sports Cricket from 10.30am

Chris Silverwood lauded "ruthless" England and the "dangerous" Moeen Ali after the thumping win over West Indies - but has urged his side not to get ahead of themselves at the T20 World Cup.

England rolled defending champions West Indies for just 55 - the third-lowest total in the tournament's history - with off-spinner Moeen taking 2-17 from four overs in a row up front and leg-spinner Adil Rashid bagging 4-2 from 2.2 overs en route to a six-wicket success.

Silverwood's side, beaten by West Indies in the 2016 final, will look to make it two wins from two when they meet Bangladesh in Abu Dhabi on Wednesday, with fast bowler Mark Wood possibly in contention after an ankle niggle saw him miss England's World Cup opener.

Silverwood said: "It was really good to watch that ruthless streak come out.

"We've had teams before at 34-3 or 40-3 in the powerplay and maybe not pushed as hard, but what I saw was that ruthless streak come out.

"That's one that everyone dreams of. I think we can certainly take confidence from it with how well we executed our skills, how well we caught. But we're very aware that it's not always going to happen like that.

"We've got to be real, and this is a message I'll be passing on during training, which is that it's one win. It's brilliant, great to get the points in the bag and the net run-rate up, but it's a just a start. 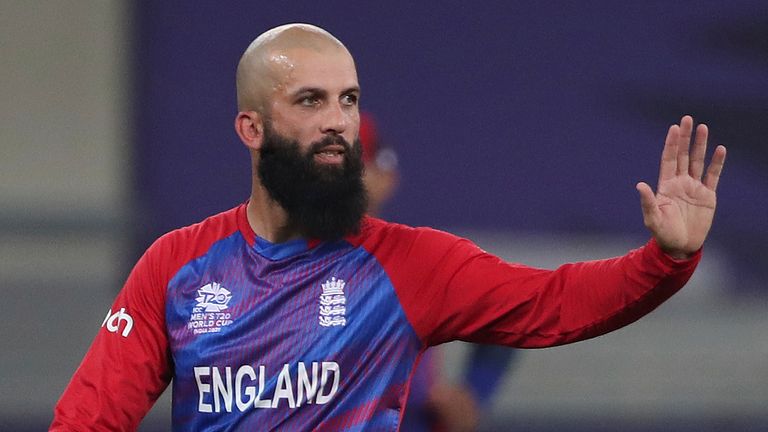 "We're heading into the next game now and we've got to assume it won't be as easy because the chances are it won't be. There's got to be an element of realism about it as well."

On man of the match Moeen, who says he has benefitted from playing regular games for IPL champions Chennai Super Kings, Silverwood added: "He's on top of a wave at the moment. He's enjoying himself.

"He sees a real purpose to what he's doing and he sees how he fits into that team. Whenever he's in that position, he's a very dangerous character.

"Around the dressing room he adds a lot of value - the knowledge he's got through cricket, but he's very good at pulling people together as well and it's an important cog in the wheel inside the dressing room." 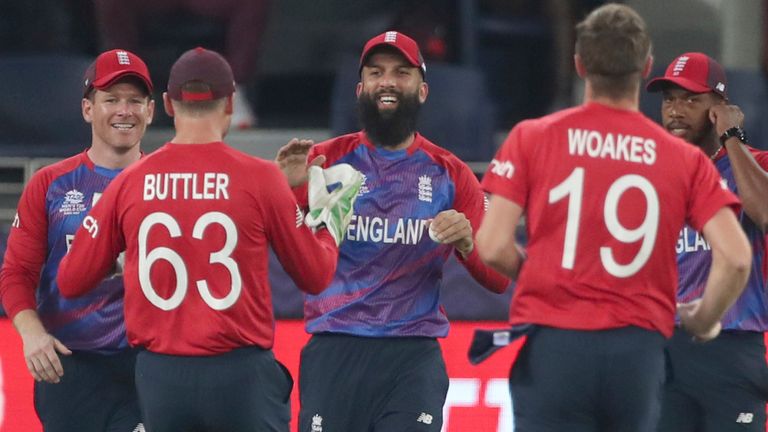 Talking points after England's win were Dawid Malan slipping down the order from No 3 and not getting a bat at all as Silverwood's side prioritised winning quickly and also the absence of Wood, who had taken four wickets in Wednesday's warm-up win over New Zealand.

Silverwood said of Malan: "It's common knowledge that we want flexibility in that batting line-up and we saw an opportunity to get that run rate up and we took it. It's nothing more than that and Dawid was fine about it.

"We have a lot of power around him and just because we decided to go for power on this occasion, on other days we wouldn't."

"To have him up the top of the order, he can act like a glue for us. I think it is a role he does very well."

On Wood, Silverwood added: "He's fine. He has got a little niggle in his ankle, but nothing drastic, nothing that we're overly worried about. I'm sure we'll be seeing him soon."

Watch England vs Bangladesh live on Sky Sports Cricket from 10.30am on Wednesday.