"You are trying to win a Test match so telling Stokes not to bowl is very difficult. I only wanted him to bowl because he was incredible throughout the whole game," says Root, who was proud of England's efforts in Antigua and says they should take confidence into second Test in Barbados 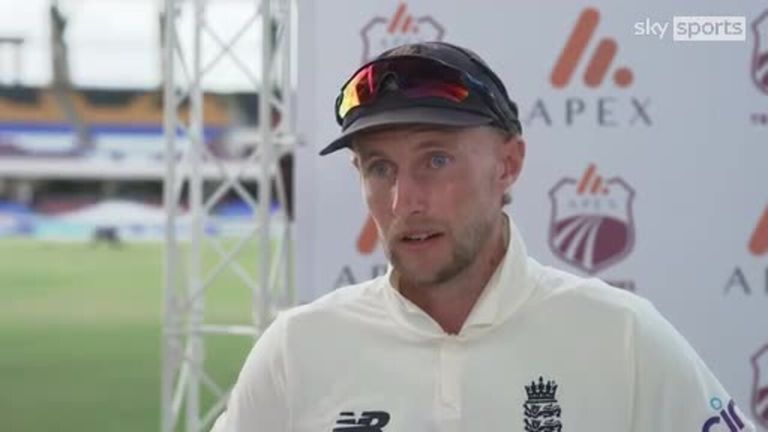 England captain Joe Root has defended his use of key man Ben Stokes after the all-rounder bowled 41 overs in the drawn first Test against West Indies having suffered a side strain during the Ashes.

Stokes was pressed into more action than England had initially planned with Mark Wood's sore right elbow leaving him unable to bowl in West Indies' second innings and putting his participation in the rest of the three-Test series, which continues in Barbados on Wednesday, in doubt.

On Stokes, Root said: "You are trying to win a Test match so telling Stokes not to bowl is very difficult. I only wanted him to bowl because he has been incredible throughout the whole game.

"One thing to come out of Australia was about him having honest conversations with me on the field, that he wasn't trying to do stuff he couldn't do. He has handled himself extremely well.

"We said we wanted to manage him as best we could throughout the game and he has probably bowled a little bit more than we anticipated, he obviously has, but he stood up to it."

"I expect him to play a similar sort of role when we get to Barbados. Ben is somewhere near his best again." England had to settle for a stalemate at Sir Vivian Richards Stadium, with West Indies ending on 147-4 in 70.1 overs having been set 286 to win once the tourists declared on 349-6 shortly before lunch.

West Indies tumbled to 67-4 at the start of the final session before first-innings centurion Nkrumah Bonner (38no off 138) and Jason Holder (37no off 101) dug in to ensure no further wickets were lost.

Root declared himself a "proud" captain afterwards, though, with a number of players stepping up over the course of the Test match, which was played on a docile surface.

Jonny Bairstow's 140 in the first innings came after England had slipped to 48-4, while Zak Crawley hit 121 in the second as he shared a second-wicket stand of 201 with Root (109).

With the ball, left-arm spinner Jack Leach collected five wickets in the game, including three on the final day, as England showed signs of improvement after a chastening 4-0 Ashes defeat.

Root added: "I am really proud of the team. I thought the attitude was fantastic, they threw everything into the game.

"The way we applied ourselves is really encouraging for the rest of the series. It will definitely do a lot of guys a lot of good.

"There are a lot of positives to take into the next two games. I hope the guys take so much confidence from it.

"Jonny, in particular, was magnificent, playing like that under pressure. We know he likes the limelight and standing up in those situations. Hopefully he can carry on and keep showing what a great Test batsman he is. 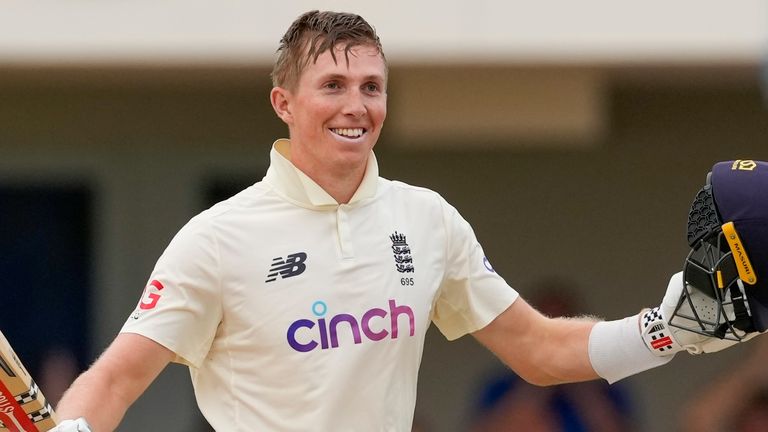 "There were runs at the top of the order for Zak and Dan Lawrence allowed us to get to that declaration a bit sooner in the second innings [Lawrence hit a quick-fire 37 off 36 balls].

"Leachy was incredible throughout the whole game and while it was difficult for the seamers, they held things together very well and created pressure through maidens.

"When it was flat and things weren't going our way with ball in hand in the first innings, it was a real good indicator of where we are as a side.

"We were very buoyant and created pressure, keeping batters on strike which led to wickets later on.

"Over time, stuff like that can make a real difference to a team. The attitude is really promising and it's filled me with a huge amount of confidence."