Shane Warne says England have been the best ODI team over the last four years and deserve their World Cup triumph but thinks New Zealand were the better side during a thrilling final...

It's amazing. You can feel the emotion from everyone.

England have been the best side through this tournament, I believe, but I think New Zealand were the best team in the final. The rub of the green went to England.

Just think about it for a second - everyone said it was overcast, bowl first, but Kane Williamson had the courage to bat first and trust his game plan. They got a score and defended that score to a tie - without a deflection off Ben Stokes' bat for four, they would have won the game.

I also thought Williamson was brilliant with the way he manoeuvred his bowlers. He went for it early and then he brought Trent Boult back early, when he could have waited a few extra overs.

I hate an easy single though and there were a couple of times when the fielders could have done a little bit better and got there a little bit quicker. Don't give away a single from a good ball. That was my only thing, but I thought Williamson was outstanding today.

It's very tough to take for New Zealand. But I'm happy for England, because I think they've been the best side over the last four years and the best side in this tournament, so they deserve to win. 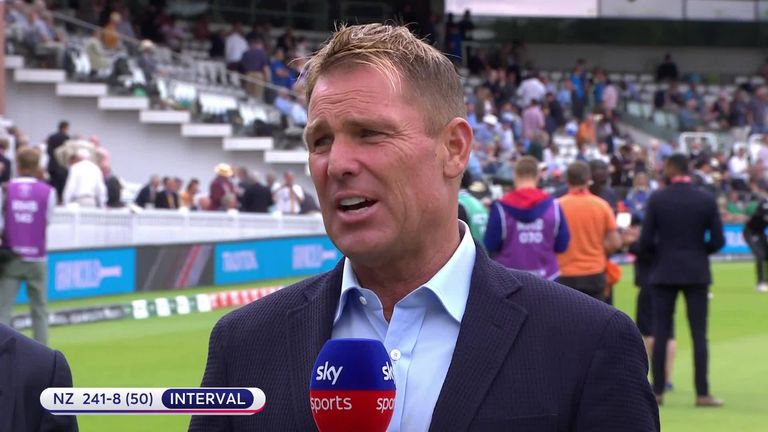 But they still haven't really beaten New Zealand. It was a tie in the Super Over. Take your hat off to England though - they found a way to get it done.

It feels amazing to win a World Cup. It's so hard to describe to anyone that's never experienced it. The four years of planning that goes into it.

Winning a World Cup, there's a sense of relief, a sense of pride, a sense of 'we did it', and just sheer enjoyment. Especially when you play with a group of guys, live through the ups and downs, to experience this sort of stuff - these guys are like family.