"There's a big hope. We have one big advantage is that we can play, for example darts and snooker, we can play within social distancing rules"

PDC and WST chairman Barry Hearn says there is a 'big hope' for darts and snooker to return so long as they adhere to social distancing rules.

The uncertainty over the return of professional sport continues to play havoc on the calendar due to the coronavirus outbreak. Ongoing rescheduling means the Premier League has been pushed back to August, while there remains uncertainty over the Matchplay, which is due to be staged at the Winter Gardens in Blackpool from July 18-26.

World Snooker announced that this year's World Championship has been rescheduled to begin on July 31 at the Crucible Theatre in Sheffield. 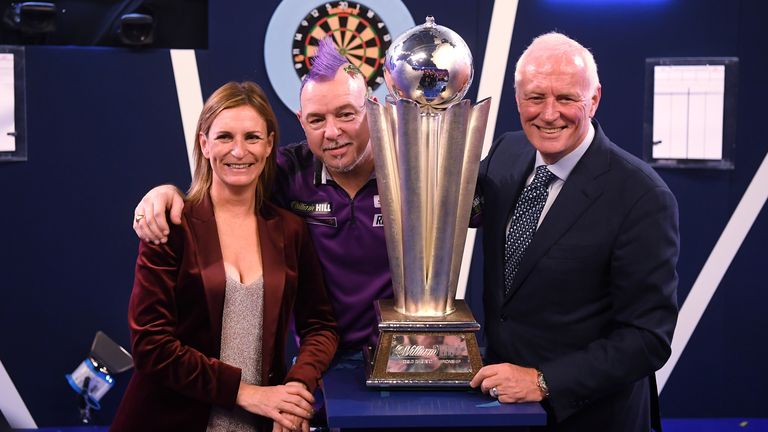 I would imagine that snooker and darts will be two of the earliest sports that can come back with some real sporting action.

Speaking on Friday's episode of The Boxing Show on Sky Sports News, Hearn feels darts and snooker may be at an advantage of coming back sooner than any other sports.

"Well there's a big hope," said Hearn. "We have one big advantage is that we can play, for example darts and snooker, we can play within social distancing rules.

"We don't need to be within two metres. It's quite straightforward, so if you're looking for a sport to come out of this transitional period, as we ease the lockdown over a period of time, I would imagine that snooker and darts will be two of the earliest sports that can come back with some real sporting action."

Hearn praised the ingenuity of the PDC in bringing the Home Tour into people's houses, proving to be a major hit among players and fans.

"There's lots of other rules that we'll have to follow, but we started darts at home as a rather creative idea from the PDC, which is on the Sky Sports app, as you know. We had a player in Hong Kong playing a guy in Middlesbrough. That was fabulous to watch, the technical quality is not brilliant, but it's very watchable and it's something that brings a smile to our face, and a bit of light in our lives," said the 71-year-old.

Hearn, who underwent surgery after suffering a minor heart attack in early April, added it was important to follow government guidelines before things return to normal.

"I think snooker and darts will be the first to come out and we're preparing papers for government at the moment to say - this is plan A, but we then move to plan B, which is perhaps limited audiences, and then plan C, the land of milk and honey, back to normal," said Hearn.

"But it's going to take time and we have to do what's right within government guidelines. We have to listen, we have to learn and we have to follow the rules that our leaders dictate, and we're very happy to do that, but we will be creative, because our sports are self-employed people - the same with boxers - they need to be in action to earn their money.

"They are not a salaried employee like a Premier League footballer has got a contract, he gets paid anyway. We're in a different world and we must adjust to that way of thinking."