The legend of Sid Waddell - The Voice of Darts

Waddell: "I think I could go down as the man that saw the potential in darts, but it took me, because I'm a big head"

Sid Waddell's impact on the darting world was indisputable. Dubbed 'The Voice of Darts', Waddell's erudite wit and idiosyncratic commentary left a lasting legacy within the sport.

The immediate outpouring of affection following his death in August 2012 was testament to his popularity and fittingly, the World Darts Championship - the biggest title in the sport - was renamed 'The Sid Waddell Trophy' later that year.

The Northumberland-born Cambridge graduate was instrumental in the success of Sky Sports' darting coverage after joining the team in 1994, with his linguistic lunacy entertaining millions of fans for decades.

Waddell was most revered for his darting commentary, but he also wrote the sport-based BBC children's programmes Jossy's Giants and Sloggers - the latter of which saw him nominated as best scriptwriter from the Writer's Guild of Great Britain.

He also became heavily involved in the production of 'The Indoor League' in the 1970's, which gave darts a more prominent televised platform and launched the careers of Waddell and Dave Lanning - who would later establish a formidable partnership in the Sky Sports commentary box.

The amiable Geordie commentated on his first darts match for the BBC in 1977 and speaking just two months before his death, Waddell recalled how he embarked on a career in the darts commentary box.

"I think I could go down as the man that saw the potential in darts, but it took me, because I'm a big head. You have to be a big head to play darts," Waddell told Sky Sports in June 2012.

"They let me have a go at darts commentating for the BBC, when the BBC executives were saying it would go on the television over their dead bodies and they could write what they knew about darts on a postcard.

"I sent to the head of sport: 'If all he knows about darts he can write on the back of a postcard, it says more about him than it does about darts. I then got the job as commentator. There were rules.

"Never speak over the other bloke if you can. Never state the obvious. Make sure the viewer knows you're talking to him, rather than the bloke next to you, and shut up when you can, but when you get the chance go nuts. I did alright with that."

That is quite the understatement, but Waddell's indomitable eccentricity provided some truly iconic lines, including: "When Alexander of Macedonia was 33, he cried salt tears because there were no more worlds to conquer... Bristow's only 27!" 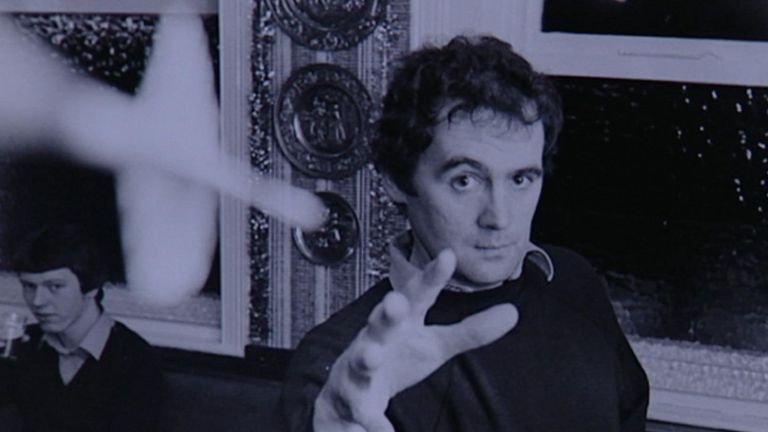 Rod Studd joined the Sky Sports Darts team in 2009 and shared the commentary box with Sid on countless occasions and during the recent Darts Show podcast, he revealed a wonderful story behind the legendary one-liners.

"I remember in the early days of working on the darts and Sid providing this arm around and advice, steering you through the choppy waters as you tried to get the boat afloat early on in your career.

"I remember going into the press room once when he was fumbling around with his clutch of papers that nobody else had a clue what was written on them or what order they were in, but he always managed to pull them out at the right time.

"He also said to me before the first final I did which I think was Lewis vs Anderson - 'enjoy yourself kid, enjoy it'. That is probably the best line I've delivered because that's the philosophy.

"There's always some good lines that you can come out with that makes you sound clever, but they are always pre-prepared as per Mr Waddell's advice."

Studd's Sky Sports colleague Stuart Pyke also worked with Waddell for almost a decade and he reflected on his first encounter with the broadcast icon at the 2003 World Matchplay.

"I remember back in 2003 when I was lucky enough to get the call to go and join the Sky Sports Darts team. I was supposed to be going up just to sit in, to view what was happening," Pyke recalled.

"I arrived at the Imperial Hotel in Blackpool at about 11am on Monday morning and probably shaking with nerves, to be greeted by the Sky Sports Darts producer Rory Hopkins and our delightful friend Sid, who said 'right, you're not sitting in, you're sitting in to commentate'.

"The first game of the afternoon was John Lowe against Keith Deller with me and Sid, and Sid was an absolute star. That has to be a standout moment. Being in the box with the legend himself."

Waddell formed part of darts' holy trinity with Dave Lanning and John Gwynne, and Pyke admits he was in awe of the trio's telepathic partnership behind the mic.

"Those golden days of John, Sid and Dave Lanning. I remember standing in the door of the commentary box at the World Matchplay and Sid was on the left, Dave was on the right.

"Normally in the commentary box you would tend to look across each other at the opposite monitor so you could see when they had finished speaking, but Dave sat and looked and didn't move.

"He looked at the monitor right in front of him, but they were telepathic. More often than not, the lines they came out with, it was like Morecambe and Wise. Dave had been the foil and Sid had been the funny man."

Waddell was the constant throughout so many historic darting moments on Sky Sports. He commentated on the first televised nine-darter on Sky in 2002, hit by Phil Taylor against Chris Mason at the World Matchplay.

He also called Taylor's sensational brace of nine-darters in the 2010 Premier League final and was behind the mic for several World Championship classics- including the 2007 epic between Taylor and Raymond van Barneveld.

Catch up on all the latest Darts Show podcast episodes, including specials with Stephen Fry

Yet above all, he was a darts enthusiast - a man who utilised his unparalleled mastery of the English language to convey the unbridled passion he had for the sport.

When we reflect on the figures who had a transformative impact on the game of darts - Waddell remains at the forefront of that conversation and almost eight years on from his passing, his legacy remains as prominent as ever.