James Wade is likely to face a disciplinary hearing at the end of the month relating to his behaviour during his win over Seigo Asada at the PDC World Championship.

The Darts Regulation Authority (DRA) says it has written to Wade, who has confirmed that he will attend a hearing.

Wade came back from 2-1 down to win the second-round clash in sudden death, leading him to celebrate in the face of Asada.

Wade also stated in his post-match interview that he had wanted to "hurt" the Japanese player.

The world No 10 quickly apologised for his behaviour, tweeting: "Seigo Asada is a great player and I would like to say sorry to him, the fans and the PDC.

"I was fighting a battle with myself before I even got on the stage due to a hypomania episode which can happen to me at any time and no one is more upset than I am about what happened." 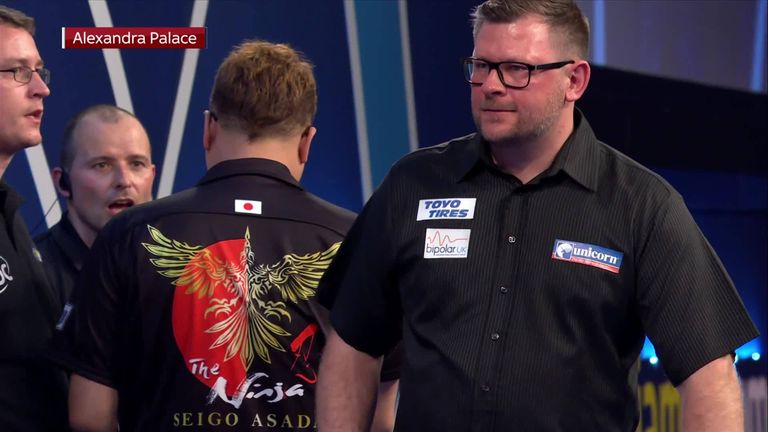 The DRA has the power to issue reprimands, fines and suspensions to players who are found to have breached disciplinary rules.

Don't forget that the Premier League action gets underway on Thursday, February 7 in Newcastle. You can also stay up to date by following us @SkySportsDarts and get all the latest news by heading to www.skysports.com/darts