MVG: "I love playing darts and I'm going to come back even stronger next year"

Michael van Gerwen was named as the PDC player of the year as the reigning world champion scooped two trophies at The Dorchester in London.

The world No 1 enjoyed another incredible year of success throughout 2018, claiming 19 titles before being crowned world champion for a third time on New Year's Day.

The 29-year-old won a third consecutive Premier League title, along with victories at The Masters, World Grand Prix and a third World Cup of Darts alongside Raymond van Barneveld.

The Dutchman's achievements saw him win the prestigious player of the year for a fourth year in a row at the PDC annual awards dinner, while he also picked up the ProTour Player of the Year prize in recognition of his consistency throughout the year away from the TV cameras.

"To win these two awards is a phenomenal achievement, along with winning my third World Championship a few weeks ago," said Van Gerwen.

"Other players are getting better and better every week so I have to be at my best all the time. I love playing darts and I'm going to come back even stronger next year.

"Darts is growing bigger and bigger and is being watched by more and more people around the world, so it's amazing to be World Champion and win this award as the sport continues to grow."

The glittering awards ceremony saw World Matchplay and UK Open champion Gary Anderson rewarded with the fans' player of the year trophy, following a vote on the PDC's official website.

The players' player of the year award went to Michael Smith, whose stunning performances saw him reach the finals of both the World Championship and Premier League before being voted by fellow PDPA members to receive their award.

Luke Humphries was crowned best newcomer thanks in part to his sensational run to the quarter-finals of the World Championship, which saw him end Rob Cross' reign as world champion to conclude a memorable debut year on the ProTour.

Max Hopp, the 22-year-old German Darts Open champion, was named as the PDC young player of the year after breaking into the top 32 for the first time. 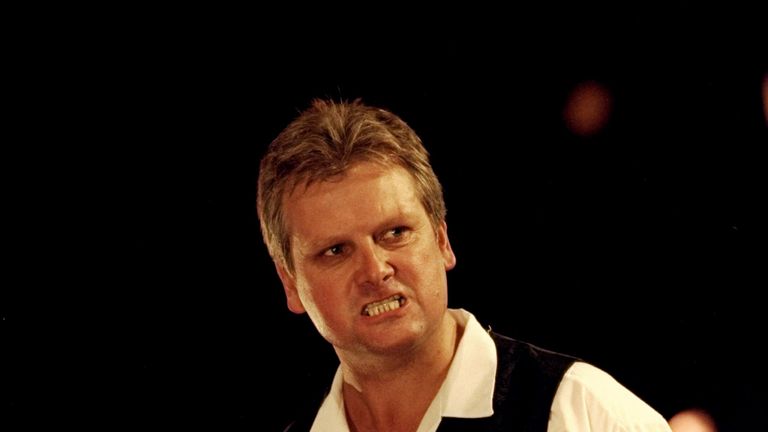 I've had ups and downs in my career but when I see what the PDC has become I can say it was all worth it.

"I have to thank everyone for making the PDC what it is today and I am privileged to have played a role in our journey," said Harrington. "When I stopped playing darts the best thing I ever did was get involved in helping to run the PDC.

"The most important thing we did, and continue to do, is to invest in young players; they are the future of our great sport.

"It's been an incredible journey, I've had ups and downs in my career but when I see what the PDC has become I can say it was all worth it. Now I am excited by the future of the company as we continue to grow around the world with more and more players taking up the sport."