"I want to bring it back home. It's been a long time since England won it, so I want to get it won."

Michael Smith makes his World Cup of Darts debut for England on Friday and 'Bully Boy' is relishing the prospect of representing his country in Hamburg.

Smith will partner World No 2 Rob Cross in a new-look England team and the pair will be top seeds at the Barclaycard Arena.

With nations represented by two-player teams, competitors are initially selected based on the PDC Order of Merit, where two or more players are ranked.

Smith just missed out on last year's tournament, with his St Helen's counterpart Dave Chisnall competing alongside Cross as England bowed out in the quarter-finals.

However, Smith's run to the World Championship final saw him climb to a career high of sixth on the PDC Order of Merit and his place at this year's World Cup was confirmed in May.

"That was the one tournament I wanted last year and I was only one win away from it but Chizzy [Dave Chisnall] just managed to scrape it.

"I've never represented my country in anything before so I just can't wait to get out there." 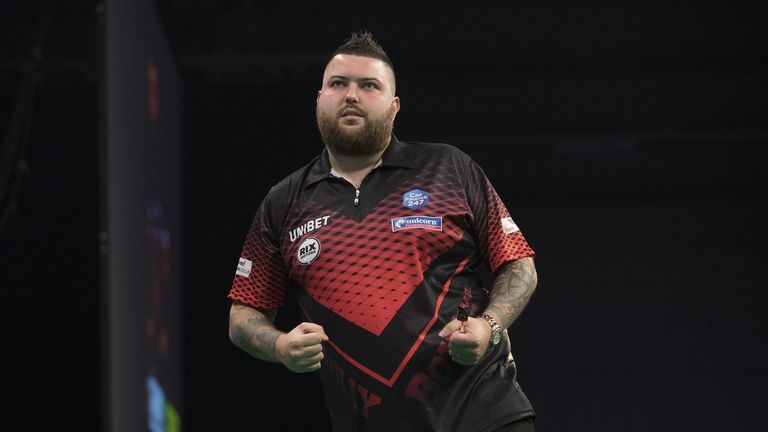 "I don't know what's going to happen but I can guarantee that I'm going to give everything that I've got."

The 32-nation tournament is one of the most unique events on the darting calendar, featuring a combination of doubles and singles matches throughout the competition.

It's a tournament renowned for producing drama and emotion, and although Smith admits that it is unknown territory for him, he's relishing the prospect of representing his country.

"I'd love to say I'd just enjoy it but I've never experienced it so I can't tell you I'm going to go up there like a rock," the 28-year-old said.

"I don't know what's going to happen but I can guarantee that I'm going to give everything that I've got."

Smith and Cross are certainly no strangers to each other. They've met on 15 occasions since April 2017 and Cross has won 12 of those meetings, including each of the last three.

"I get to spend a good solid three months with him [Cross] in the Premier League every Wednesday and Thursday," Smith quipped.

"I'll just make sure at the minute I'll try and leave him the doubles and he can ping them," added 'Bully Boy', who was plagued by double-trouble throughout this year's Premier League.

Smith becomes the sixth player to represent England since the World Cup of Darts' inception in 2010, following in the footsteps of James Wade, Phil Taylor, Adrian Lewis, Chisnall and Cross.

This year marks the ninth staging of the World Cup and the Netherlands and England are the only previous winners of the tournament, having lifted the title four times each.

England's most recent triumph came in 2016 when Taylor and Lewis defeated Michael van Gerwen and Raymond van Barneveld in a dramatic showpiece.

Netherlands are bidding to claim a third straight World Cup crown next month, although they'll be without Van Barneveld for the first time in World Cup history, as MVG teams up with debutant Jermaine Wattimena.

The Dutch pairing are seeded fourth and are scheduled to meet England in this year's semi-finals and Smith is determined to reign supreme in Hamburg.

"I want to bring it back home," he said. "It's been a long time since England won it, so I want to get it won."

You don't have to wait long for more live darts, with coverage of all four days of the World Cup of Darts from Hamburg live on Sky Sports Action from June 6-9, starting at 6pm on Thursday.