The World Championship final loss to Peter Wright is going to fester with Michael van Gerwen for quite some time.

The world number one came into the decider as an overwhelming favourite in his bid to defend the Sid Waddell Trophy for the first time. But he ran into a rampant Snakebite, who hit the right darts at the right times en route to a 7-3 victory.

"It hurts a lot," the Green Machine said on The Darts Show podcast. "Peter knows as well how much it hurt, because I beat him before in the final. But for myself, you're even a bigger champion if you just take it on the chin, move on.

LISTEN: The Darts Show with MVG

"What can you do at this moment? Nothing. I wasn't playing phenomenal in the tournament. The final, I think I had him in the fifth set. If I hit my double there, I think he had a problem.

"I made too many mistakes at important moments, and normally that's not me.

"Normally I hit them," he said. "I can only blame myself for that." 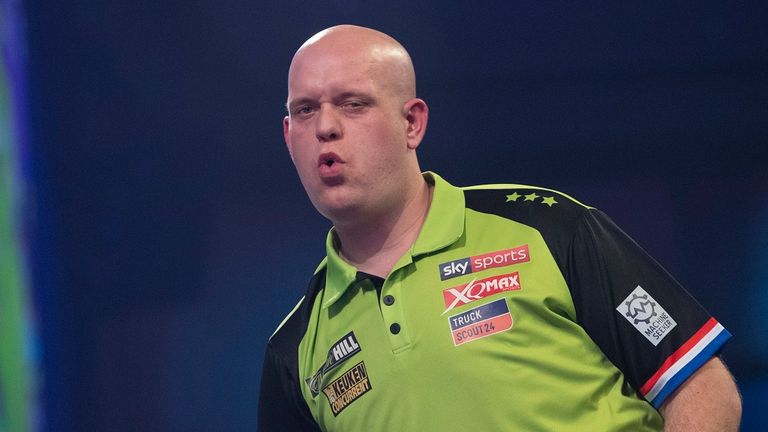 I made too many mistakes at important moments, and normally that's not me.

MVG knows where he went wrong

Although the Dutchman expects to win every tournament he plays in, he still enjoyed a fruitful 12-month period by any objective standards. Significant titles at the Masters, Premier League, Grand Prix, Champions League and Players Championship Finals mean it wasn't exactly a disastrous season.

"It was still a phenomenal year," he said. "I still won more than anyone else. So I can't complain too much. I will be ready for next year."

Any exact targets in mind for the year ahead?

"Win a lot," he smiled. "Of course, I'm going to top it off next year with a World Championship."

As the new decade dawns, change is in the air for the Dutchman. One day after the Ally Pally loss to Peter Wright, it was announced he signed with darts brand Winmau.

New arrows will bring their own challenges, but he's relishing it. He now has a major input into the design of everything, even down to the smallest details.

"I never was involved like I am now. Now I am involved in everything, what pleases me," he explained.

But there is going to be an initial challenge as he adapts to his new tungsten tools.

"It's going to be difficult at the beginning, but I'll take that. I'm a big player. I know what it is. Looking forward to it - it's a challenge," he said.

He lost the biggest game of the lot last seven days ago, but after a holiday this week, he'll be gunning to get back on the oche and doing what he does best - collecting silverware.