Don't call it a comeback! Stephen Bunting will receive a thunderous ovation at the M&S Bank Arena in Liverpool when he prepares to take on Rob Cross as a Challenger

The forgotten man of the PDC is back in the big time as Stephen Bunting returns to Premier League Darts action in Liverpool on Thursday night.

The 2014 BDO world champion is looking forward to his return to top-flight arrows on TV at a sold-out M&S Bank Arena when he takes on Rob Cross as the sixth Challenger of this year's tournament.

Bunting won't give an inkling as to whether he will be walking out to a remix of 'You'll Never Walk Alone' and the 'Theme from Z-Cars' to appease both sets of fans. But there are whispers that he could enter the arena to Gerry & The Pacemakers 'Ferry cross the Mersey'.

In any case, Bunting, who finished eighth during the 2015 Premier League, is just pleased to be back playing on the big stage and on the telly again - live on Sky Sports Action from 7pm - after enduring a tough couple of years.

He has suffered a barren-run of form, although he recently made two ranking finals and reached the quarter-finals of both the World Matchplay and the Players Championship Finals. Now he can't wait to make his entrance on Merseyside.

I went to see a sports psychologist and dug myself out of a hole. I feel a million times better now.

It's all about the bird! Bunting is back

"I'm really looking forward to it," Bunting told The Darts Show Podcast. "Playing in Liverpool is a massive achievement in itself and it's great to be back in the Premier League as a Challenger. It shows how well my form has picked up over the last couple of years and I'm proud to be associated with the Premier League again.

"I came from the BDO where I was world champion and I was flying, but then I kind of got lost. My form dipped, but the last year-and-a-half I've really stepped it up again. I'm putting the hours in and I'm loving the game again. I'm reaping the rewards and playing some of the best darts I've ever played.

"After winning tournaments to going out in the first round, it was making me depressed. Even away from the oche I was coming home and feeling down. It was just a horrible place to be in.

"I went to see a sports psychologist and dug myself out of a hole. I feel a million times better now."

Bunting recalls the time when he was young, he was taught to lose before he could win, but the 34-year-old admitted his losing streak totally "floored" him.

His last-set shoot-out defeat to Raymond van Barneveld at the 2015 PDC world championship was a defining moment in his career. The Dutch great took the microphone and hailed Bunting as an amazing player leaving the Liverpudlian in tears on stage at Alexandra Palace.

Bunting's career took a downward spiral from that moment. He recalled the moment he came close to quitting the game for good. 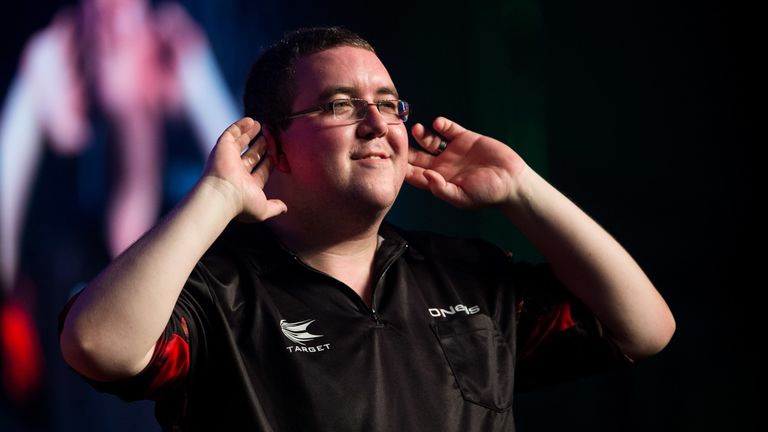 "In every single sport you have to take the rough with the smooth, but when there's more rough than smooth, it does tend to affect you and it totally floored me," revealed Bunting.

"I was doubting my own ability and doubting I could play at the highest level and I even contemplated packing it in, which looking back now would have been an absolutely stupid thing to do. At the time it felt like the only thing to do but I managed to dig myself out of a hole and now I believe I'm playing the best I've played in a while."