Jelle Klaasen thrashed world champion Peter Wright to become the first man through to the semi-finals of the PDC Home Tour on Tuesday evening, ending the Scot's hopes of lifting the inaugural title.

The first phase of the Home Tour saw 101 Tour Card Holders around the world competing from their respective homes across 32 consecutive nights of action, which featured a spectacular nine-darter from Luke Woodhouse on Night Two.

The opening phase concluded last Monday and the Premier League quintet of Wright, Gary Anderson, Rob Cross, Nathan Aspinall and Glen Durrant were among the high-profile stars to advance through to the last 32. 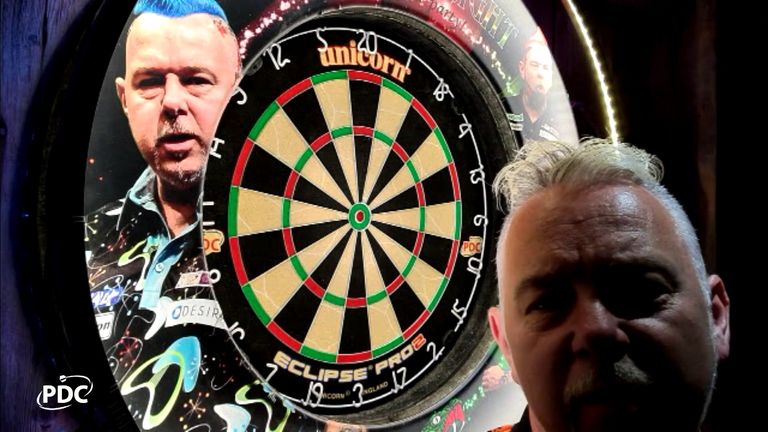 Wright was slightly fortunate to progress having failed to advance on Night One last month and he headlined the opening night of the Play-Offs, which also featured former BDO world champion Klaasen, Spanish number one Cristo Reyes and Wright's compatriot Ryan Murray.

'Snakebite' was an emphatic favourite to progress yet despite registering two wins across the evening, he struggled throughout - posting a miserly tournament average of 84 and succumbing to Klaasen in their decisive showdown.

Wright is renowned for tinkering with his set-up and the enigmatic Scot used a variety of equipment throughout the evening - an illustration of his inconsistency and frustration.

By contrast, Klaasen showed signs of a resurgence with a run to the UK Open quarter-finals just prior to lockdown and having seen off Gabriel Clemens to prevail on Night Seven, he maintained his good form to advance to the last eight.

The evening's curtain-raiser saw the highest ranked player left in the tournament take on the lowest-ranked, as World Cup winner Wright locked horns with his compatriot Murray - ranked 131st on the PDC Order of Merit.

The world number two kicked off his campaign with a 6-2 success, although the scoreline was somewhat flattering, with the pair separated by less than a point in terms of averages.

Wright opened up an early 3-0 cushion which included a 116 finish in leg two and although Murray fired in successive maximums to begin leg eight, his fellow countryman sealed victory inside 12 darts, with a clinical 87 checkout on the bull.

The evening's second showdown pitted two-time Premier League participant Klaasen up against Spanish World Cup captain Reyes, who had won four of his previous five meetings against 'The Cobra'. 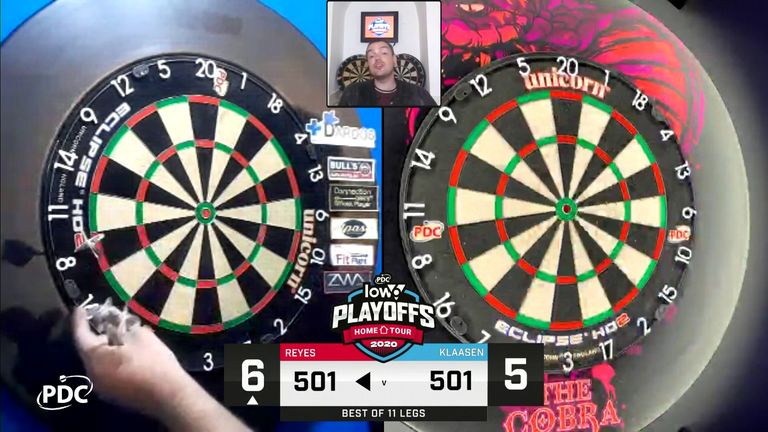 The Dutchman landed 12 and 11-dart legs to lead 3-2 but Reyes rallied - converting 88 and 100 combinations before shrugging off a spate of missed match darts to prevail in a decider, where he posted successive visits of 177, 140 and 168.

Klaasen had little time to ponder his defeat as he then took on Murray, with both men knowing that defeat would curtail their title hopes. However, having relinquished an early advantage in his opener, roles were reversed for Klaasen against the Scot.

Murray punished a host of missed opportunities from the 2006 BDO world champion to forge a 3-1 cushion, but the Dutchman's superior scoring paid dividends as he won five of the remaining six legs to triumph in a scrappy affair.

The night's fourth tussle saw Wright and Reyes battle it out for the right to retain top spot and despite averaging a paltry 83 and struggling throughout, 'Snakebite' survived six match darts in the penultimate leg to snatch victory. 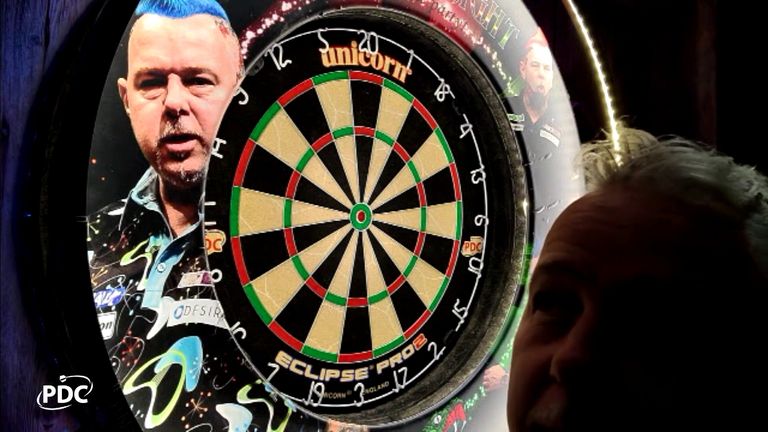 'The Spartan' outscored Wright for large periods and appeared poised to close out victory after registering a 13-dart break in leg nine, before kicking off leg ten with a maximum.

Nevertheless, having wired double 18 for a spectacular 153 clincher, Reyes wilted when it mattered and barely believing his luck, a shell-shocked Wright closed out victory with a two-dart 92 kill in another last-leg shootout.

Reyes had no opportunity to dwell on that disappointment as he returned to round-off his campaign against Murray and the Spaniard needed to win and concede no more than three legs to keep his hopes of topping the group alive.

He made a blistering start to hold throw inside 11 darts, although Murray drew level with an unconventional 122 checkout on the bull, which he followed with a break of throw. However, 'The Spartan' battled back, winning four straight legs from 3-2 adrift to prolong his title aspirations. 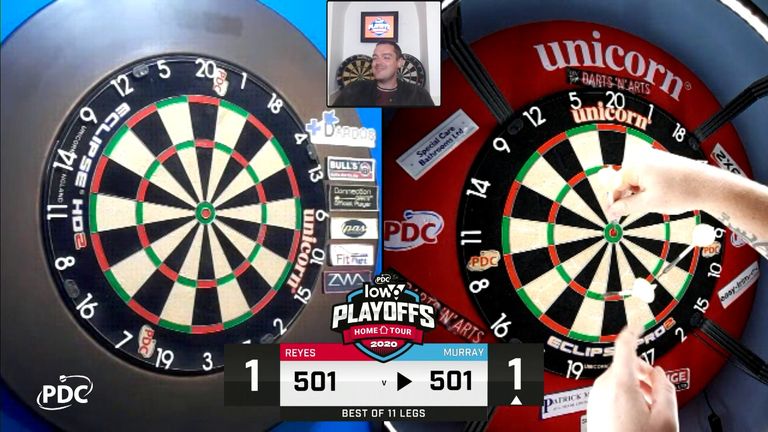 This provided the unlikely scenario of a three-way tie at the top heading into the final match of the evening, as Klaasen and Wright locked horns in a battle of the world champions.

Wright required five legs to book his spot in the semi-finals, whilst Klaasen knew that victory via a three-leg margin would be sufficient to secure his place in the last eight.

The Scot had enjoyed some good fortune earlier in the evening, but he was afforded no reprieves against a clinical Klaasen, who romped to a comprehensive 6-1 win. 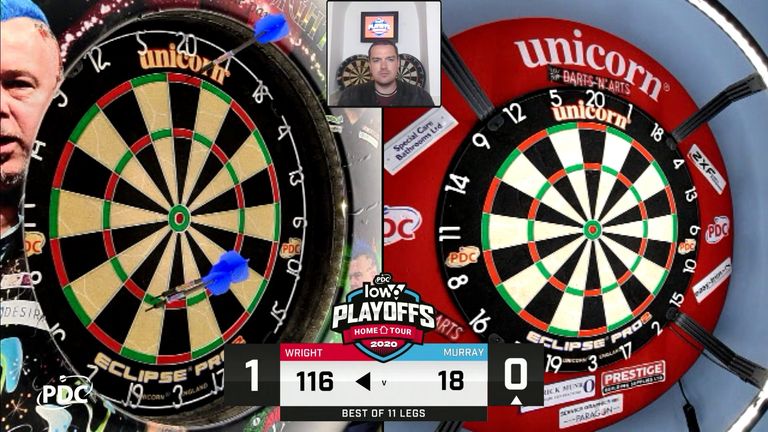 The 35-year-old opened up with commanding 15 and 13-dart holds, whilst also capitalising on Wright's double nine woes to stretch his lead to 4-0.

The world champion avoided the indignity of a whitewash after Klaasen missed double 12 for a 6-0 success, but this simply delayed the inevitable, with 'The Cobra' converting an effortless 66 kill on tops to seal the deal in style.