Studd has been campaigning for a Women's Tour for years. This is just the start...

Rod Studd is delighted at hearing the news of a PDC Women's Series in October, but he has called for the potential of a Women's Tour and World Championship in the future.

The PDC will stage a four-event Women's Series this October in which players can qualify for the World Darts Championship and the Grand Slam of Darts.

The mini-tour is set to replace the two separate qualifying tournaments for the World Championship, with two places available at the 2020/21 tournament based on prize money won across the four events between October 17-18 in Cannock.

"It's absolutely brilliant news and it's a real step forward," Studd told The Darts Show Podcast statistician, Paul Prenderville. "It's to be welcomed. Women's darts is going to be a massive growth area and it's pleasing to see the PDC recognising that.

"It started to plan some it's resources into that project and I'm sure it will be welcomed by all of the players. They'll be straight on the practice boards because they know that this will be a big opportunity for a lot of players. Not just the big-hitters like Fallon Sherrock, Lisa Ashton and Mikuru Suzuki, but for all women's darts players.

"There's a chance to play for prize money at these events individually, but then it also forms qualifying in a series of tournaments for the world championship itself, which is everybody's ambition." 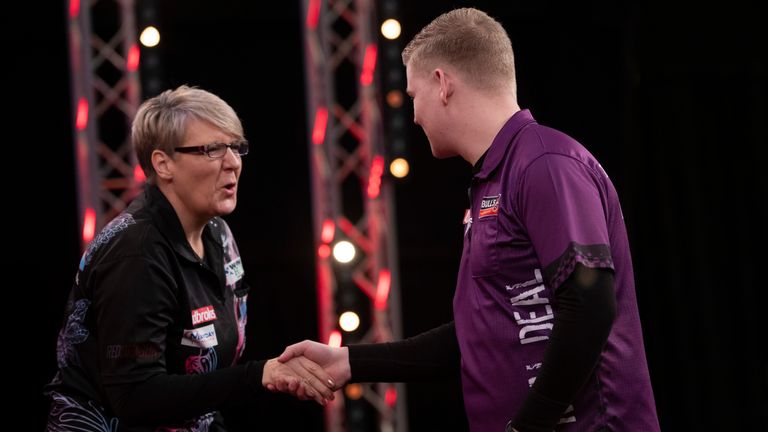 We've already seen an interest of women and girls watching darts and also playing. The more that women are seen on TV, the better.

Studd, a familiar voice and face of Sky Sports' darts coverage, suffered a stroke in late May, but he is now at home undergoing rehabilitation and is recovering well.

"This is the first step, but it's certainly a very big step," he continued. "The PDC are not an organisation to rest on its laurels and put its feet up so let's hope they can make more strives forward and it would be good to have a mini-tournament in terms of TV events. I'm not talking about fields of 64 but even if you started off with an eight-woman field I'm sure we won't be far from having an official PDC women's ranking list. There's no reason why they shouldn't.

"I'm sure with resources, the prize money will be substantial to attract the best women's players in the world. I'm hoping we won't be too far from that and hopefully from the mini-tour we will have four TV events to run alongside the events we have now. It will be like the men's tour except smaller.

"We've already seen an interest of women and girls watching darts and also playing. The more that women are seen on TV, the better."

Darts returns to Sky Sports, with nine days of coverage from the World Matchplay every day until the final on Sunday, July 26. Check out daily Darts news on skysports.com/darts, our app for mobile devices and our Twitter account @skysportsdarts.