Jenson Button believes Formula 1 is poised for a three-team fight at the front in 2019 - and that Max Verstappen needs to be among the title challengers.

Amid growing anticipation for the new season, with preparations ramping up when winter testing begins in mid-February, former world champion and new Sky Sports F1 pundit Button reckons there is "so much to be looking forward to" in the sport.

The prospect of the new Red Bull-Honda partnership joining Mercedes and Ferrari in the championship fight represents one of pre-season's most mouth-watering talking points, and Button believes it is imperative for Verstappen's career that they do.

"It's tricky with Max. He's always moving forward and he's always looking for something else. He jumps into a Red Bull and he wins his first race," Button told Sky Sports News.

"This year is a really important year for him to keep it moving. He has to be fighting for the championship or l think he will start asking questions about where he should be in the future."

Rosberg: Vettel under pressure
Find out more about Sky Sports F1
F1 2019: All the key details

Button believes the new aerodynamic rules have come at the right time for the sport.

"There are so many changes in the sport at the moment and that's exactly what the sport needs," Button said. "I think we will have three teams battling at the front and, if we do, there will be some fantastic fights." 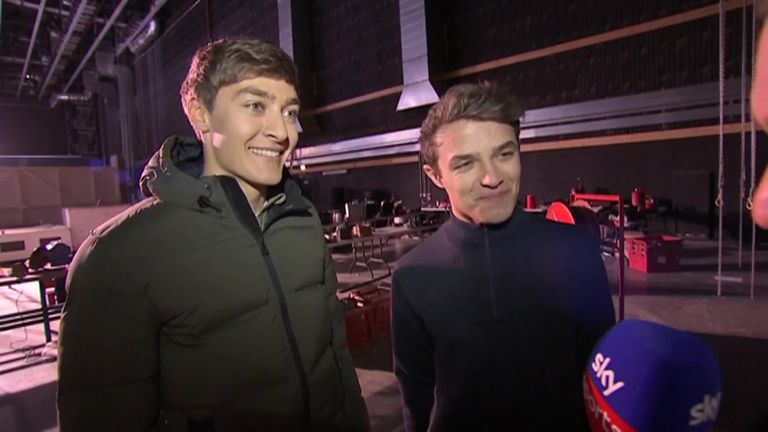 And Button reckons it is such evolving challenges, rather than chasing down Michael Schumacher's all-time records, which continues to motivate the 34-year-old.

"Knowing Lewis, it [his motivation] won't be about trying to better what Michael has done," said Button, who partnered Hamilton at McLaren in 2010-12.

"Things are changing in F1 and there are new challenges and that's what he loves. It's when the challenges stop that you think 'you know what, I'm going to do something else'.

"But with the F1 is, with the regulation changes and the driver changes, he will want to keep going, which is fantastic for the sport."