Hungarian GP: Did Red Bull get their strategy wrong?

Christian Horner believes Lewis Hamilton's dramatic late victory over Max Verstappen in the Hungarian GP was not down to poor strategy from his Red Bull team.

Hamilton passed Verstappen with four laps remaining and heads into the summer break with a gaping 62-point championship lead over Valtteri Bottas.

The Mercedes driver was within one second of Verstappen when he was called in for a second pit stop - and the move to fresh tyres duly provided Hamilton with the opportunity to overtake his rival.

Once overtaken, Verstappen posted the fastest lap at the Hungaroring after pitting for fresh softs - but Horner says he and his team were powerless in their response to Mercedes' inspired strategic move with 22 laps remaining.

"We had track position, but I think Mercedes just had a quicker car in the race today to just follow within a second," he told Sky Sports F1.

"That was mighty impressive and that gave them all the options with the free stop. To have pitted Max from the lead with him a second behind, it wouldn't have been a sensible call from us. Max got everything out of the car as he could.

Get the latest F1 news, video, alerts and watch Sky F1 via the Sky Sports App.

"By the end of the second sector, Lewis would have been ahead, so we would've conceded track position which wouldn't have made any sense. The only chance was to try to hang it out.

"That was one lap when everything turned up, but to have pitted from the lead from the position we were in would have been an impossible call for the leader. 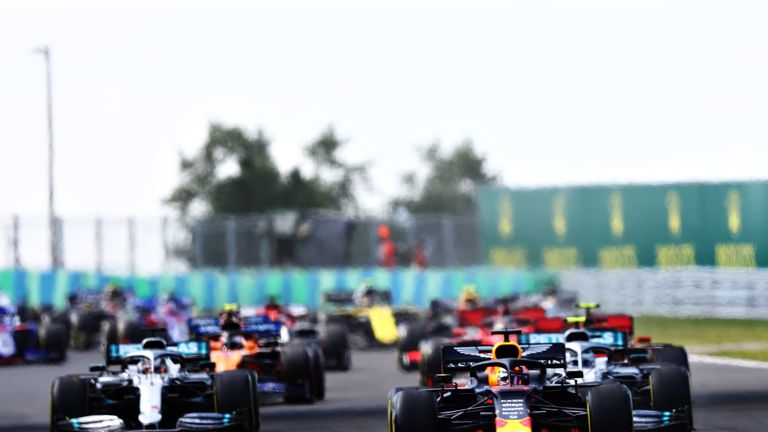 "But it's still been a hell of a weekend from Max. We'll brush ourselves down, he's nailed pole this weekend, was the fastest in P2 and he's closed the gap to Valtteri to seven points."

Verstappen: Mercedes could afford to gamble
Verstappen had overcome his recent poor starts off the line to produce the perfect getaway on the long charge down to the opening corner.

It was not until the Red Bull driver required new rubber on lap 24, he was less than a second ahead of his rival.

Hamilton left the pit lane 21 seconds behind Verstappen with 21 laps remaining, the Brit lighting up the timesheets before catching the back of the Red Bull. 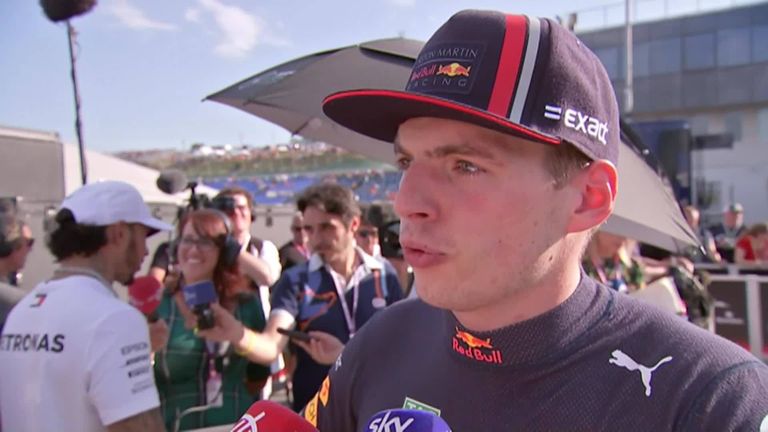 The world champion had narrowly missed out on passing Verstappen on lap 39 as he fell off the track at the fourth corner, but having stopped for new rubber a second time, Hamilton successfully managed to reel in the leader.

"I think you always have to be realistic and today Mercedes were faster," a dejected Verstappen told Sky Sports.

"Lewis was pushing hard and when you're in second, you can gamble a little bit more with going for a two stop because the worst-case scenario is you stay second, and the best is you overtake me. Today, it worked out for them, but nonetheless, you could see it was hard for me to stay ahead. 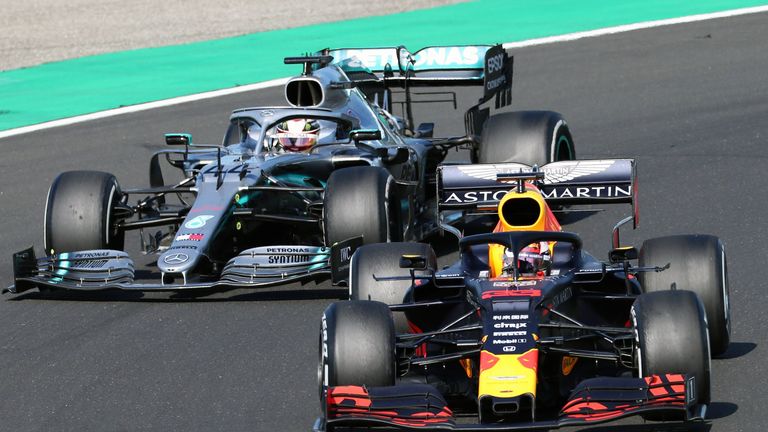 "It was still a positive weekend for me, getting pole position and being second in the race. The fastest lap luckily means it's an extra point so overall it's been a good weekend."

When asked if he felt he should have come in when Lewis pitted for the mediums, Verstappen added: "It's easy to say afterwards, but I think from our side, we did the best we could."