Hamilton splits the Ferraris but unable to match Leclerc; Mercedes say Scuderia gained 'seven to eight tenths' on the straights 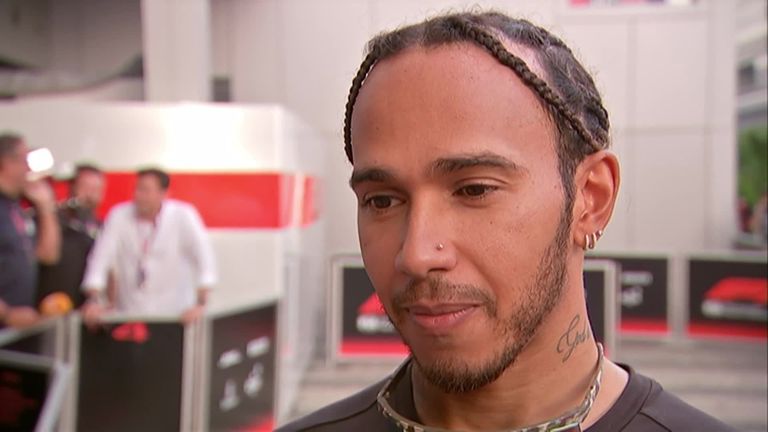 Lewis Hamilton was happy with Russian GP qualifying, admitting it could have been 'a lot worse' than second

Lewis Hamilton was delighted to split Charles Leclerc and Sebastian Vettel in Russian GP qualifying, admitting that it "could be a lot worse" due to Ferrari's "jet-mode" power advantage on the straights.

Leclerc stormed to his fourth consecutive pole on Saturday, but Hamilton snatched a front-row grid slot from Vettel with a great final Q3 lap.

That was despite Mercedes boss Toto Wolff's claim that Ferrari were gaining "seven to eight tenths" on the Sochi straights.

"It was a tough qualifying session because these guys [Ferrari] have some crazy speeds on the straights," said Hamilton, whose Mercedes team used to be envied for their engine 'party mode' in qualifying.

"They go to another level. That party mode you spoke about us having, they have something else beyond that... jet mode."

Hamilton was not expecting to beat either of the Ferraris due to that power deficit, especially after Mercedes were struggling after Friday practice. 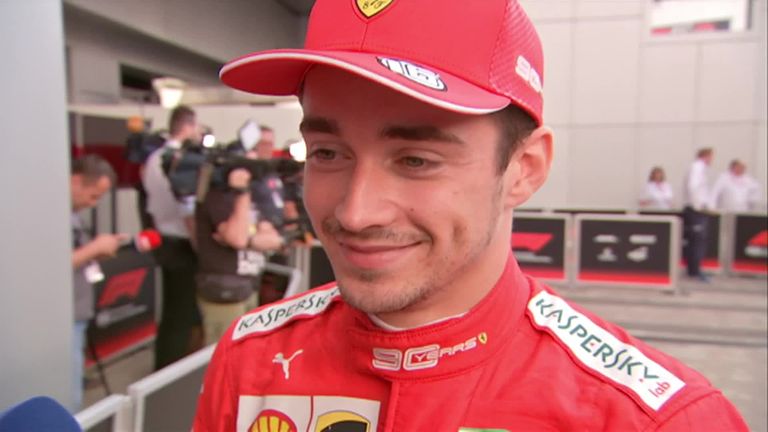 Charles Leclerc sealed his fourth pole position in a row for the Russian GP. The Ferrari man was surprised at their pace on a circuit which has been dominated by Mercedes

"I gave it absolutely everything I had at the end and the team did a great job just to tinker and push forwards," he said.

"I'm so glad it came together - I wasn't expecting to get on the front row, that's for sure. I'm really, really happy with it."

Leclerc beat Hamilton by 0.4s, though the Englishman edged out Vettel by a couple of hundredths.

Hamilton added to Sky F1: "It's been a good weekend. We've just continued to work and improve the car - the team's done a fantastic job in trying to understand and trying to progress.

"Yes, you finish the lap which felt great and then obviously we have that deficit to them but still, to split the Ferraris is always a good scenario for us.

"It's kind of cool.. .you've got to be happy with a performance like that from the team. It could be a lot worse."

Wolff felt Hamilton "extracted everything" from the lap, and also praised the Mercedes team for gaining on Ferrari in other areas than the straights.

"The engineering team really made the most of the package this weekend but against seven, eight tenths on the straight there is only so much you can do," Wolff told Sky F1's Ted Kravitz.

"I'm really happy with the result."