Anti-racism video with driver pledges followed by ceremony with the whole grid at Silverstone; Seven drivers did not take a knee - one more than previously 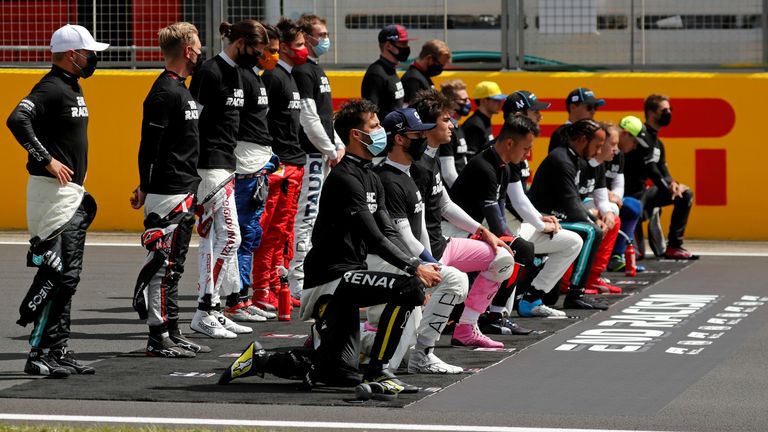 Formula 1's 20 drivers presented a more organised and collective front in the sport's fight against racism in a ceremony ahead of the British GP.

As previously reported, F1 and the FIA reinserted a designated period in the pre-race schedule for the drivers to form at the front of the Silverstone grid, after the two previous events saw ceremonies organised by the drivers criticised for being disjointed and rushed.

Lewis Hamilton, who has been a prominent voice over recent months in support of the Black Lives Matter movement and diversity topics, labelled the events at the last race in Hungary as "embarrassing".

But after talks featuring drivers and the sport's officials to improve the situation, there was a more orchestrated and polished ceremony on the Silverstone grid.

Hamilton, who spoke to GPDA director Romain Grosjean in addition to F1 chiefs Ross Brawn and Chase Carey, plus the FIA president Jean Todt, on the matter, said it was a step forward for the sport.

He told Sky F1: "It was really great to get everyone on board and obviously everyone realised 'ok, we haven't done enough to this point. Let's really put some focus on how we set it up and do it better and make the sport look as professional as it should look.'

"So that was a good step and hope we can continue with that.

"In the background the important thing is to follow through with the plans to really make sure we push for equality within our sport because hopefully that can transcend and encourage other companies and sports to follow in the same direction."

A powerful video message featuring drivers' declarations of support was played on the F1 TV world feed broadcast before all 20 drivers were shown gathered together, again wearing anti-racism T-shirts.

Thirteen drivers took a knee and seven did not.

After taking a knee at the season-opener, Magnussen had said he wanted to show his support in the fight against racism but was not supportive of the Black Lives Matter organisation.

"The FIA, Formula 1, teams and drivers stand united as a sport in the fight to end racism and fully support equality, inclusivity and equal opportunity for all," said a statement issued to all teams by FIA race director Michael Masi on Saturday evening in which he confirmed the pre-race plans.

"The FIA supports any form of individual expression in accordance with the fundamental principles of its Statutes, and as a mark of respect each driver, as an individual, may choose to mark this moment with their own gesture." 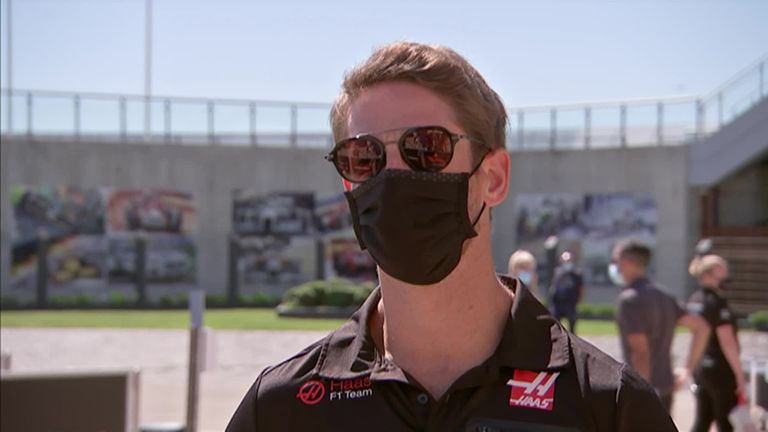 The anti-racism ceremony was followed by the national anthem and then a period of applause for the NHS, which included a spectacular flyover from a Spitfire with the message 'Thank you NHS' painted on its wings.

After winning the race, Hamilton also performed the Black Power salute on the podium - as he first did after taking victory at the Styrian GP last month.