Max Verstappen vs Lewis Hamilton: How the 2021 Formula 1 title could be clinched at Saudi Arabian GP

F1's closest championship in years could be decided in inaugural Saudi Arabian GP - find out all the permutations in both the drivers' and team battles; race at Jeddah street track is live on Sky Sports F1 on Sunday at 5.30pm

Max Verstappen and Lewis Hamilton's thrilling championship battle could be settled at the season's penultimate round, the Saudi Arabian GP, this weekend where the Dutchman will have the first chance to clinch a maiden F1 title.

Hamilton has claimed back-to-back victories to boost his chances and will start on pole after Verstappen's crash in qualifying. However, the Dutchman's eight-point lead means that if results go his way on Sunday, the championship would not go down to the Abu Dhabi finale.

Verstappen needs an advantage of 26 points after the first-ever race at Saudi Arabia's high-speed Jeddah street track to seal an early crown, meaning he has to outscore Hamilton by 18 points.

As there are a maximum of 26 points available for a win and a fastest lap bonus point, Hamilton could therefore stop Verstappen, no matter what his rival manages, by finishing fifth or higher.

There has been an 18-point swing or more between the pair just twice this season: in Monaco when Verstappen won and Hamilton was seventh, and at Silverstone where Hamilton won after the Verstappen crash.

The pair could also go into the Abu Dhabi GP in an appealing 'winner takes all' scenario, while there is the possibility that they are level heading to that last race if Hamilton wins Jeddah with a fastest lap, and Verstappen is second.

Verstappen only needs a 26-point lead going to the finale to clinch the title because he currently owns the title 'tie break' over Hamilton with nine wins to seven, giving him the advantage should they finish level on points.

Hamilton can of course match Verstappen with nine victories by winning the next two, although if that happens he would seal the title regardless and there wouldn't be a tie break.

Mercedes vs Red Bull also going down to the wire

The constructors' battle is even less likely to be settled in Saudi Arabia, with Mercedes currently holding just a five-point advantage over Red Bull in what has been an increasingly bitter rivalry.

Both drivers accrue points to the team's total, so there is a maximum of 44 up for grabs in Saudi Arabia with a race win (25 points) and a second place (18 points) - either with a fastest lap. 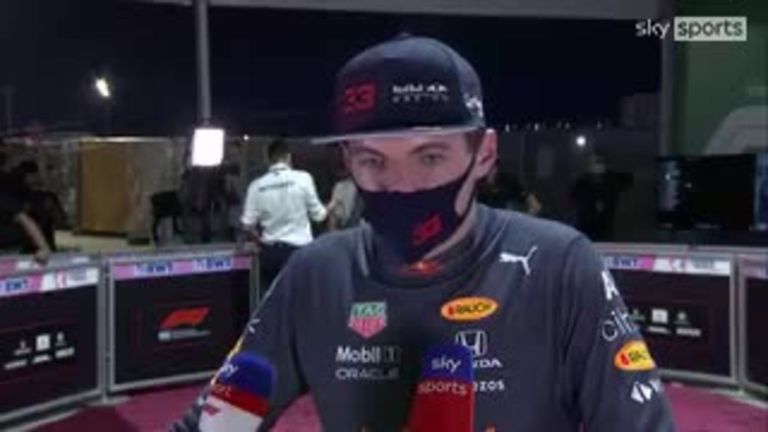 If Verstappen and Perez have an unscathed weekend in Jeddah, that scenario is of course extremely unlikely.